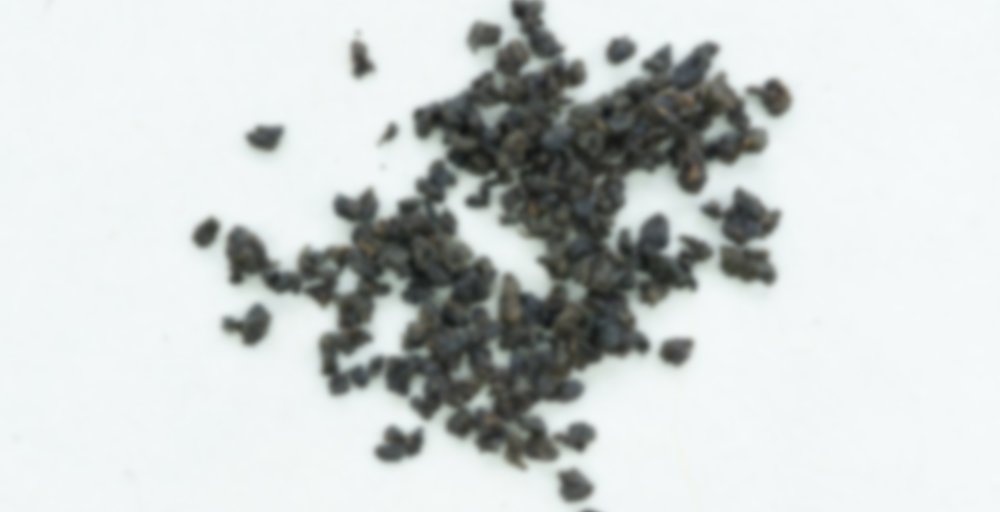 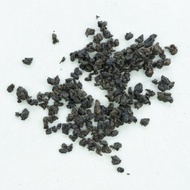 This medium-roasted Dong Ding is a balancing act of whimsy and depth, built on a Taiwanese floral high mountain oolong with a mesmerizing 50% roast that bakes a light caramel into the tea. I consider this tea to have the essence of artful preparation paired with ideal growing conditions.

High mountain oolongs grow with smaller leaves because of the increased altitude. Because of this the floral notes in the leaf become more concentrated and sought after. Non-roasted high mountain teas have a beautiful elegance that is some delightfully ephemeral, with a taste sweetly evaporates. But when those same high mountain oolongs are roasted a new depth appears that is very dynamic.

I enjoy when a tea has multiple lines of direction. For instance, this Medium Roast Dong Ding has floral notes with an upward moving sensation or energy, and it also has grounding notes from the roast with a downward moving energy. This dual movement is quite lovely to experience.

Dong Ding is one of the great tea mountains in central Taiwan, and this tea comes from the Lugu township in Nantou county, home of Dong Ding mountain. This oolong uses the famous Qing Xin cultivar, brought from China during the Qing dynasty. Qing Xin, also known as Gentle Green Heart is very delicate and only suitable for high mountain growth, but it’s hard-earned flavor profile has notes of plum, cloves, and honeysuckle.

Brew this oolong with 200 degree water using 2 minute infusions. The first infusion will be a light preview of the floral notes, while later infusions will quickly bring out the depth of the roast.

I received a freebie of Lugu Competition Dong Ding with my order, so thank you Totem Tea :)

The scent of the dry leaf was one note — roasted peanut butter. Warming and rinsing the leaf brought out notes of roasted peanut, brown sugar, something marine, wood and violet pastilles. The first several steeps were incredibly light and smooth, so much that I couldn’t pick out any distinct notes beyond basic descriptors like bitter, tart, floral and vegetal. Very little aroma. I did get some bottom of the cup scents of violet, hyacinth and brown sugar. The light bitterness grew ever so slightly and the vegetal taste revealed itself as banana leaf. Some roasted walnut also popped in. Around the sixth steep at 30s, astringency and a metallic tone came in. The tea continued to ride out its light demeanor until the end.

This is the most expensive oolong of Totem Tea’s current offerings. I have to say I’m grateful this was a freebie because the price is out of my range and it turns out I didn’t enjoy this tea too much. At this point, I consider myself a sufficient taster but I just couldn’t pull anything significant from this tea even with lowering the temperature. I would’ve gone higher but was thinking that might increase the bitterness and astringency. It reminds me of how LuckyMe feels about some other comapnies’ Imperial Grade offerings. Totem Tea described the Lugu Competition Dong Ding as having notes of open flowers, caramel, spiced plum and clove but the closest I came was an undefined floral note. Maybe somebody with a really refined palate can get more pleasure from this tea than I was able to.

They have some killer incense, though!! I purchased the sampler of all 12 varieties they sell (except I only received 11?). My favorites are Kalimantan Aloeswood (China), Young Sandalwood (Taiwan), Golden Gaze and Golden Walks (Mongolia), Sinking Night (Japan), Offering (Taiwan), and Frankincense (Taiwan).