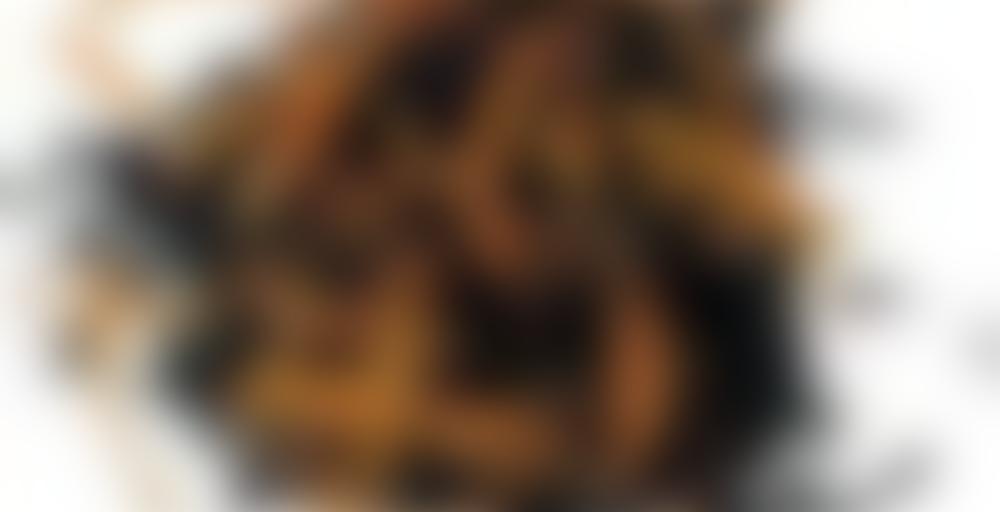 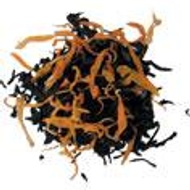 Black Mango is a blend of fine 100% organic black tea from India, organic calendula flower petals and natural mango essence. Together, they blend to make a refreshing tea that can be enjoyed either warm or iced.

I got this tea for Christmas from my brother, who has a The Tao of Tea store within walking distance or something ridiculous like that. He’s not a huge fan of really crazy teas (like I am) so he tends a bit more towards the subtle side or even the non-flavored side, but he knows I like neat flavors.

I admit, I was a tad disappointed when I saw what this tea was because I am just not that big of a fan of mango. That is to say the actual fruit, which is probably why my brother doesn’t really know that I’m not a huge fan, because how often do you eat mango fruit as opposed to something mango flavored? This point is important because anyone stalking my tea notes would probably notice that the phrase “now, I do not like X thing that this tea is flavored with normally” comes up surprisingly often. People might start to think that I have some strange masochistic tea drinking streak which they absolutely do not want to hear any more about. This is not the case! The fact is that most of my food dislikes are texture related: nuts are too firm and it annoys me, mangoes are too squishy while also stringy and it creeps me out, cauliflower is just disgusting, oh wait that doesn’t really fit. ANYWAY, I digress. Basically, I am generally unopposed to mango flavoring, which is good because otherwise this would have been a terrible present.

Thankfully it is not. In fact, it is SUPER DELICIOUS. Just the right amount of mango and tea flavor, making it a perfect fruity tea for when I am in the mood for that. Also, it’s gorgeous! I have no idea what the long yellow things are, but they are really aesthetically pleasing along the backdrop of the tea. It’s also one of those nice teas that you can’t oversteep, so making big pots of it is totally viable. I am DEFINITELY making my brother get me more of this when it runs out (unfortunately soooooon, since it requires 2 tsp per cup of tea.)

Second steep with half as much water at boiling for five minutes, to see if you really can get two steeps out of it. Much better on the second steep, actually. Stronger and fuller bodied, even though it was a resteep. Which goes to show how weak the first steep was. Lesson learned: read ALL the directions on the tea tin.

The mango scent is still very much there. I’m getting gentle whiffs of it as I write this (the cup is sitting right in front of me). I love mango. The smell is making me want it. I also get mango on the taste. Not particularly overpowering, although I’m starting to think if I can pick up on a particular flavor, maybe it would be overpowering to the more refined, experienced palate. Food (or tea) for thought, I suppose. The tea goes down relatively smoothly, it doesn’t have a dry, astringent feeling like some others I’ve had.

Overall, I’m definitely happier with this cup than the first, and can’t wait to have it again. I may have to revise my opinion about getting more of it.

Sadly drank the last of this today. Will absolutely be getting more!

I was feeling a little offish the other day and decided that a new tea would be just the thing to lighten my mood. There is only one shop nearby that sells loose tea and the choices were limited, so while I generally avoid fruit flavored teas I decided to give this one a shot.

The tea in the can is quite pretty. The calendula petals are a striking contrast to the dark tea and its a real shame that the tea does not retain the same appearance once steeped. But flavor is the game isnt it?

The aroma of the tea was a little off putting at first. The mango scent is quite heavy and overpowers any tea fragrance but it was not an artificially fruity scent so I took that as a good sign.

I brewed per package instructions with about two teaspoons for my cup and the water slightly less than boiling. The package says to steep for 4 minutes. I think my first cup was more like 5 minutes.

The tea had a very fruity aroma brewing and I was afraid that the flavor would be too fruity. But I was pleasantly surprised by the lightly malty tea peaking out from the very natural flavor of ripe mango. The mango flavor was fresh and sweet and not at all cloying or overwhelming.

The big surprise for,me though was the body of the tea. The tea had a slight viscosity that was fun to roll on my tongue without being thick or heavy.

As I said, im not,much of a fruit tea fan, and maybe it was my mood, but i really liked this tea. I only did 2 infusions which was almost too many as the second cup lost much of the tea backdrop, but the remaining fruit flavor became more developed,and took on a slightly spicy quality that reminded me of persimmons and a hint of cinnamon.

overall the tea was lightly sweet and really did not require any sweetener at all. I prefer hot tea but this seems like a good choice for iced tea too. There is no astringency at all and should keep,quite well.

I highly recommend the 180 185 temp. I made a another cup with boiling water and the tea turned bitter…still drinkable but not as enjoyable.

I buy this tea in bulk and drink it iced in the summer. The mango flavor is very subtle and natural.

This tea is pretty tasty. I was going to review this yesterday but my computer crashed. This tea has a sweetness from the mango flavoring and little in the way of bitterness or astringency. I detect no notes of malt. Overall this is pretty good. The mango flavoring does come off a just a tiny bit artificial. I don’t know if it’s natural or not. I do like this tea.

I brewed this tea one time in a 16oz Teavana Glass Perfect Tea Maker/Gravity Steeper with 3 tsp leaf and boiling water for 3 min.

I just bought this tea and it’s already one of my favorites. It has a floral and fruity aroma, and it tastes nutty, fruity, lightly smokey, and floral. A very good tea.

Making this one at work because I have 8 oz of it and it will never get drunk otherwise.

I recently had a lateral move at work, so I’m in a new location, and of course not even a week into it, I get sick with a nasty cold. I’m in the “recovery” stage now, but I’m still congested and I can’t really taste this as well as I usually can.

I took it black, as usual, and steeped it Western style.

I can still taste the nuttiness of the base tea and the perfume from the calendula, and I can still appreciate the beauty of the CTC leaf pellets opening in the water, though, so that’s something! This is such a lovely blend.

Nice black base. The calendula petals make the mix look lovely. Mango flavor is pleasant, not pushy. This tea is similar to other fruit flavored black teas that I’ve had. I wonder if the flavors will pop mire if cold brewed. Luckily, the lovely and generous Sarsonator gave me enough to brew some up. I’ll report back with a cold brew update.