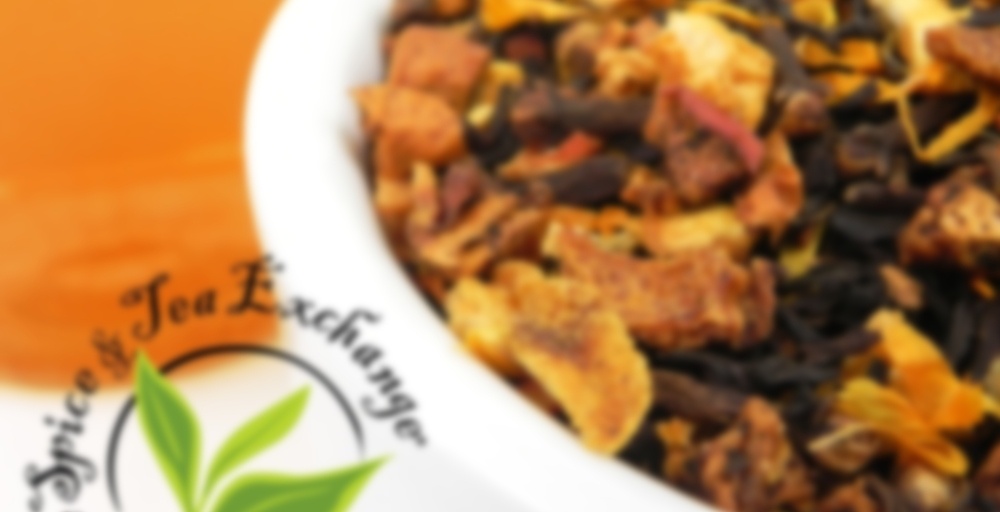 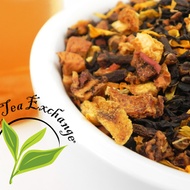 by The Spice & Tea Exchange
79
You

Put that fork down! All the flavors of your favorite carrot cake are in this tea and we’ve taken the calories out for you. This cozy Chinese Keemun black tea is blended with carrots, apples, oranges, cloves, cinnamon and vanilla to create a flavor worth celebrating. Live life on the edge and try it with Ginger, Coconut or Vanilla Sugar!

The Reinvention of Tea 80

The Reinvention of Tea 64

This is quite delicious, but I think it should be renamed Carrot Cupcake Chai, as it’s a little spicy. In a good way. That said, it still reminds me very much of carrot cake, only a not so mild one.
The spices are blended nicely, and it goes well with milk. A comforting cup. OH!! I also feel like there is some sort of “icing” component here. Perhaps that’s the coconut/vanilla addition? Either way, I had a heaven moment there when sipping away. Yum!

So. This was supposed to go to someone I know but I had ordered a bunch of stuff for various people when Mum went to Florida last year, and then she forgot them there so had to wait three months to bring them back on the next trip… and then my email got deleted so I’m not sure who… (facebook changed their settings and all of a sudden things were moved around)
Anyhow, if it was you, or if I’m mistaken and it was another tea I owe you from the Spice Exchange, please let me know! Hope ya don’t mind that I sampled it!!
It’s been in my cupboard for over a year now, I asked around before and nobody has claimed it… so speak up or I’ll forever hold your tea ;)
Would be a shame to lose out on this one, whoever you are.

This was good, but I found that it had a very mild flavor, which was surprising for something containing cloves! It tasted more like a spice cake (which could be a carrot spice cake, I suppose) than a cupcake to me. Nothing in there to simulate cream cheese or sweet frosting.

I do have to say that it’s an improvement on David’s Tea Carrot Cake, which stunk of artificial perfume. This one actually smelled of the ingredients – mostly cinnamon & clove. It would make a good autumnal tea, with its harvest spices, so it’s interesting that they did a limited release of it during the spring months.

As a side note, what is up with calendula petals in all in my tea?! I was curious about it yesterday, so I did a little research, and apparently, calendula petal is “the poor man’s saffron.” It’s supposed to have a slightly bitter, peppery flavor that can be either tangy or salty, and it’s commonly used in soup stock. Seems like an odd choice for tea, to me! (Not that I think I’m tasting any of those flavors, but that’s the flavor it’s supposed to impart.)

The calendula could explain why I taste something “peppery” when I drink Butiki’s Violet Rose Candula. Thanks for the research!

I really have to try this one. It’s been sitting in my cupboard for a month!

These leaves are fairly old. I’m not getting carrot or cupcake. It does taste like a yummy chai with a strong cinnamon note. Other than that, I don’t have a lot to say. It stands up to sweetener well and doesn’t require milk to be enjoyable. I usually hate Keemun but this is all right. Tasty even. Dare I say I’m enjoying it? :P Oddly enough, I don’t think I have any other chais right now. It’s usually a staple in my cupboard. So I’m holding on to this one for when I get chai cravings. I like it! I do!

KEEMUN!!!
Well… that was what I thought at first. This is just ‘eh’ and the first taste is the best of them all as it becomes a bit rough on the mouth.

Thanks for a sample of this one a while back, Ali! This seems exactly like the type of tea I like. Spices, keemun… it’s supposed to taste like carrot cake. It kind of does! At first, there is a hint of apple which threw me, since carrot cake doesn’t have apple. But then it balances out to light spices on a mild black tea. There is something carrot about it. And somehow there is a flavor that seems a little like cream cheese frosting. I would have loved a solid base tea (keemun is a great choice though!) but overall an interesting blend!