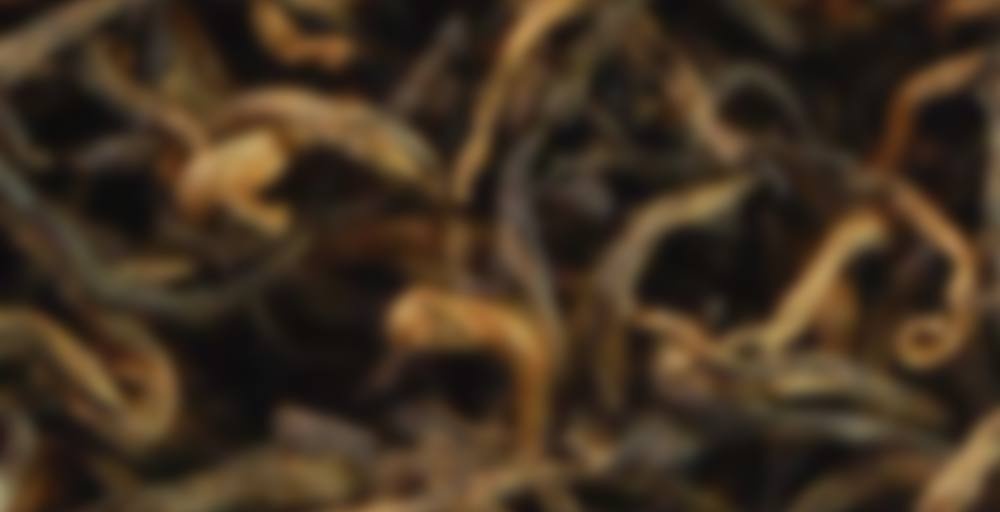 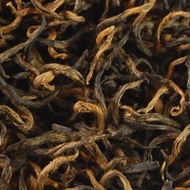 Sichuan Gongfu is, with Keemun and Yunnan Gold, one of the three most famous Gongfu black tea in China. This tea is truly special as it is produced from very fine downy tea buds, a rarity in black teas where usually only the tea leaves (and no buds at all) are used for production of the tea.

Taste:
Not only is it smooth but rich and malty as well. The finish carries a hint of chocolate-note. Sichuan Gongfu blends very well with sweeten milk to create a beverage that taste like chocolate milk.

Actually this post was supposed to be about the Keemun that I bought… But I was writing and completely forgot to pay even the slightest bit of attention to the cup. That’s how well the writing was going! That 750words.com site that Michelle told us about on the boards is AWESOME! It’s doing absolute wonders for my productivity, I can tell you that. Even if it does impede my ability to analyse Keemun, apparently. Three flavourful steeps of the same leaves have gone down without a hitch, though, so it must be pressing a good number of happy buttons. :) But, you’ll have to get THAT post another time.

For now, however, I remembered that I had some notes on this one from the other day lying around. This is one that I had been very much looking forward to since making that most recent TS order. Their description of the tea promises cocoa notes a-plenty and those always tend to go down well in black teas. Interestingly enough, I’ve never had much luck with actual chocolate flavoured teas. For some reason they always tend to fall short on me.

Anyway, this is of course another step in the Explore China program and as the name says, it’s from the Sichuan province which is just north of Yunnan. This does not surprise me, what with the abundance of cocoa notes. Normally I would say that Yunnan teas in generally taste largely of hay to me and I don’t much care for them, but I have had a few which were very cocoa-y and not very hay-y and I would have been fooled completely had I not known beforehand where they came from. Now that I’ve seen this, and I’ve looked at a map of China, I suspect perhaps those were produced in the northern region of Yunnan, not very far from the border?

Anyway, back to the Sichuan.

I was initially a little disappointed by the aroma of the dry leaf, because it didn’t smell of cocoa at all. Not even slightly. It was fruity and spicy and had an undertone of honey. Then I tried breathing on them, though, and there! There was the cocoa! And lots of it too.

Okay! Thus heartened, I proceeded to steep up a pot for sharing. The aroma of the finished tea did have cocoa notes right away, but they were not strong. Quite subtle notes of cocoa with something that just hinted at what I had found in the dry leaf. There was also a sort of wooden note to it all, which may or may not translate to some of that spicyness I found in the dry leaf.

The cocoa really came out in the flavour, though, and it did not disappoint. It was cocoa, mind. Not chocolate. Cocoa is a much rougher sort of flavour than the sweeter, creamier chocolate. I didn’t test the claim that with the addition of milk, you would get something that tasted akin to chocolate milk because I’m not used to adding anything to my tea ever, so I thought that would rather ruin the experience for me. (That sort of thing has never worked for me anyway)

So lots of cocoa, and again the fruity, wood-y, spicy notes underneath it all. I feel that the cocoa is the primary flavour here, but these undertone notes are the most important ones, as they are the ones that carry the whole thing. The cocoa notes alone wouldn’t work. That would just be like a thin cup of cocoa and not very enjoyable. Without these other notes laying the foundation, this tea would be nothing. But with the foundation firmly in place as in this cup here, I got a very enjoyable cup indeed.

I would definitely order this one again, I think. It tastes like the sort of thing one might get addicted to if one is not careful…

Good observation about chocolate vs. cocoa. I like both, but there is a distinct difference.

Yes, I’m glad it’s not just me who don’t think they are the same! I tend to like cocoa better, for the more rougher sort of flavour. It gives the tea a little character, I think.

I have shared it with friends elsewhere. At least one person has gone all enthusiastic too. :D

Success! I in turn got it from a friend, so it’s like a chain of love :)

okay that site looks really cool.. one day when I have more time to write.. sigh..

I finally got around to ordering from TeaSpring! Yay! It’s only taken ages. Since I ordered mostly black teas (just a few oolongs), my goal is to start my day with a new TeaSpring tea each morning. This morning, I pulled this one out of the tub o’ goodies, and I must tell you – I think I’m in love.

The dry leaves smell like a hot chocolate mix. Not just cocoa, but hot chocolate. There’s a sweeter smell to the steeped tea with a woody toasted note, too. All of which is really lovely, but it is the fast that really gets me. Sweet and syrupy and creamy with a super silky mouthfeel. The main flavor is of syrup – not quite maple syrup but a little more flavorful than the generic pancake syrup, probably because of the strong malt notes. Malt syrup? And there’s a lovely cocoa aftertaste. Not overly strong but like I’ve eaten a very nice dark chocolate just a few minutes earlier. And there’s a tiny prickle left on my tongue gives me the faint suggestion of pepper.

I have to admit, this is delightful. TeaSpring says that you can blend this with sweetened milk to make it taste like chocolate milk but honestly? Why would you want to cover up the lovely malt syrup and cocoa notes it has? I must go have another cup!

Updated: The second steep? WONDERFUL! The sweetness has shifted a little to the back of the taste, giving a stronger “normal” malt flavor up front and a delightful caramel chew-ish taste at the end with a faint aftertaste of toasted bread and a hint of that pepper-ish prickle.

And another one just zipped straight into my shopping list. It occurs to me that I’ve been considering this before. I wonder why I didn’t buy? Maybe the order had already got out of hand by then… No more tea purchases on this side of wedding however, so I have to wait.

Hehe! Yes, I really think you’d like this one. It’s been a bit since I’ve had TYTJ (been out for a while) but this reminds me of a kind of dessert version of TYTJ – less smoke, more syrup. Not as nuanced but it makes up for it by being absurdly sweet and smooth.

Amy oh, It’s delicious! I gave me three very nice steeps this morning and I probably could(/should) have gone for another one.

I only have good things to say about TeaSpring. I ordered a couple really selicious & fresh teas.

Scott, I’d have to agree – I’ve been nothing but impressed by their teas so far. Really quality stuff!

Fairly mild taste, not bitter, not astringent. It’s enjoyable. But nothing spectacular.

Will try a longer steep see if anything more comes out.

Boiling 1 min, 0 sec
Yours I Like This
2 likes
0 comments
Edit

A compelling taste, not too much tannin, not too little, just right.