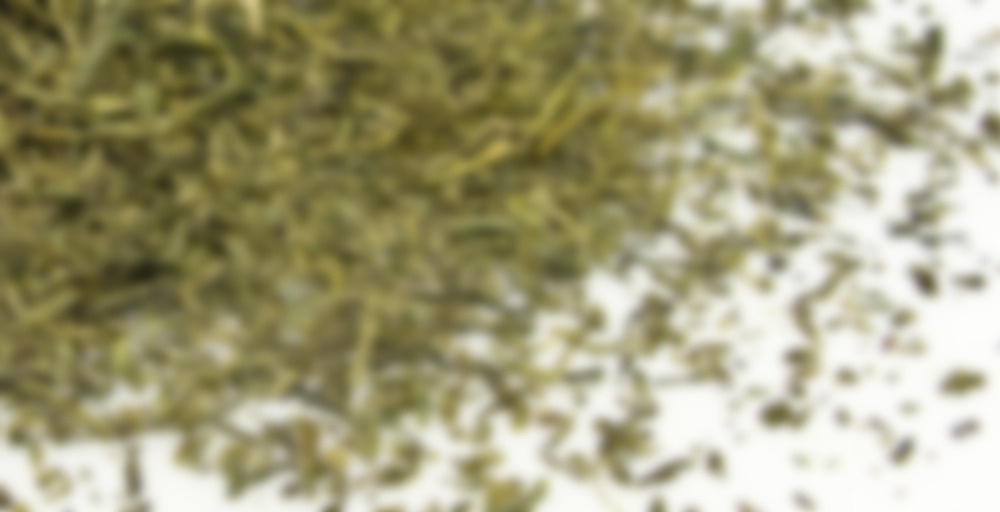 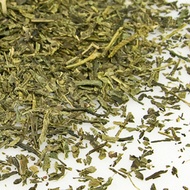 Grown organically in Japan, this type of green tea is renowned for its grassy aroma. It has large flat leaves and produces a flavourful smooth brew. Sweet on the palate.

Seemed like the most natural choice to have with Korean bulgogi at dinner. Good choice; it complemented the food very nicely. Both floral and umami coming out. Hubby liked the sip he had of mine, so he’ll probably join me with a cup next time!

I loved the sweetness of this sencha, definitely a must in my cupboard :p

There were three things on my mind when I tried this tea: The is that it is organic (big points with me); the second is that, oddly, it is brewed in China (according to the T2 website) not Japan where sencha is traditionally grown and consumed; and the third was that it seems to contain a lot more stem pieces than I’ve seen in most sencha I’ve had. So with these in mind, on to the tasting notes!

Aroma: Quite fresh, ‘green’ and vegetal, with notes of spinach and grass.

Palate: Very much a grassy vibrant tea, however not astringent like many cheap sencha teas can be (even when brewed correctly). Like the nose, spinach and vegetal flavours shine through. Some notes of straw and dried flowers come through as the tea cools. Great lingering sweetness that really comes through on the second steeping. Lacks the umami of many good sencha teas. All in all a very drinkable green tea and quite unlike most sencha teas I’ve drank, but nothing that captivates me here.

Overall: I can’t say I thought much of this tea. I love sencha as it has this unique taste that immediately transports me back to my last trip to Japan, however this intangible flavor was entirely lacking in this tea. Perhaps the fact it is from China not Japan accounts for this lack of character. The organic status of this tea does however score a few extra points with me. Whilst an entirely different sencha to T2’s Organic Super Sencha, at less than half the price this could no doubt be a more enticing choice for most tea drinkers new to sencha or green tea. However in my opinion (and whilst trying not to be a tea-snob) the teas are incomparable and I would opt for the T2 Super Sencha every time, or source my sencha elsewhere. All this being said, not an unpleasant tea and great value, just not one for me!

I have had a theory about sencha, that it would go well brewed with coconut, ever since I drank some sencha alongsidea vaguely coconut flavoured (amongst other things) tart from Silo Bakery in Canberra. So I added a tablespoonful of dried flaked coconut to my pot of boiled water that was cooling for the sencha, then after three minutes added the sencha. Fail. No coconut taste noticeable. Ah well. I’ll just have to eat coconut flavoured things alongside.

I always enjoy sencha and this is no exception. There is a fair bit of dust in it, so I always have a bit of leaf in my cup, which isn’t ideal, but I don’t mind too much.
I’ve been experimenting with brewing time and poured out a sample every thirty seconds. The packet advises 1-3 minutes. I find 1 minute too short, with not enough taste and with the water at my house, I can taste the water through it quite strongly. Three minutes is OK, but a bitter taste is starting to compete with the normal grassy sencha flavour. My preference is 2.5 minutes (2 minutes is OK too).