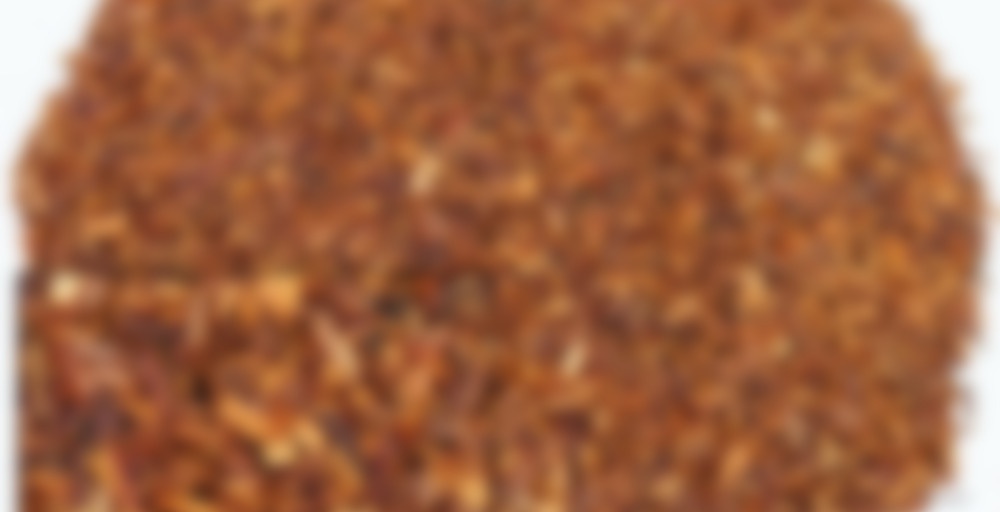 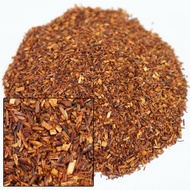 The nutty, woodiness of Rooibos is perfectly complemented by the creamy, rich taste of French Vanilla. The velvety smoothness of this vanilla can be enjoyed as is, but it also makes a fantastic addition to other tea blends. The taste is creamier than our regular Vanilla tea and is one of our favorite Rooibos blends.

I’m finishing up a paper and something soothing is needed! Rooibos is usually a good choice and as this one is new to me (Thank you kittylovestea!) it seems perfect. I have such a soft spot for french vanilla. It’s perhaps my favorite ice cream flavor and I always love the combination of a french vanilla/cream + rooibos tea. The scent is very much like other rooibos blends — there isn’t anything that would distinguish this from another.

Sipping… this is nice and smooth. There is a prominent woody note, but the actual mouthfeel of the tea is nice and milky – no dry, splintery sensation. Sadly, I don’t taste any french vanilla. I know that there is something that makes this tea different from just a plain old rooibos, but it’s very, very light. I’d probably describe it as a regular vanilla, if anything, and not a french vanilla at all. It is a nice cup of tea to have right now, but there’s not enough of that creamy vanilla beany flavor I love.

This was an EU Travelling Teabox Try.

There’s no two ways of saying this. It smells like soap. Not even perfumed soap, just soap soap. No hints of vanilla or of rooibos. Only soap. It smells exactly like the way accidentally getting a little shampoo in your mouth in the shower tastes.

It tastes like rooibos and not too much like soap. There’s a little bit of that sensation hanging in the nostrils after sipping, but I expect that’s because of how closely related to taste the sense of smell is. The vanilla flavouring is not very strong and mainly shows up as an aftertaste. Unfortunately that’s where it gets mixed in with that shampoo in the mouth feeling, so all in all, this is actually not very pleasant.

I can’t seem to get rid of that feeling of shampoo in my sinuses.

Originally I had intended this to be a Take and take all of it, but having tasted it, I thought better of it and put it back in the box. Demoted.

I can’t imagine a rooibos smelling like plain soap since, to me, rooibos in itself is to strongly woodsy in scent. That just be one ridiculous blend. :/

It was highly peculiar! I’ve never had it happen before.

I avoided this one, too. Very, very soapy.