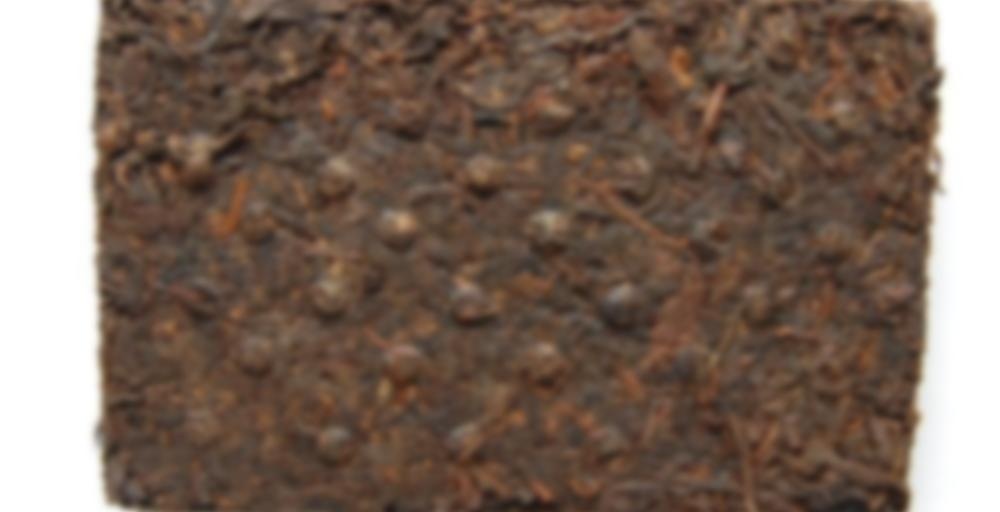 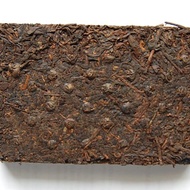 MGH 1108 is made of big tree Mengku materials fermented in 2009 at Menghai. In comparison with MGH 1104, it’s sweeter, smooth, no ‘off’ (such as dirt/earthy, fishy, pondy, and sour) taste, super easy to drink. You would find it an everyday brew-me-now tea, despite of its poor appearance.

It offers better taste profile, higher nutritional value with no chemical additive, the big tree/Qiaomu/Arbor material IS the essence of a premium tea. The traditional tried and true processing method was adopted in making of these MGH teas.

Revisiting . I’ve had quite a few shu since I had this one. Still love it. Maybe even more. It’s not boring smooth but its very pleasant. Wet leaves smell of dried cherry. Brew is a dark red color. Some fruity and dark chocolate flavors. I did shorter steeps than last time
Rinse 5 sec 15/5/5/5/10 to be cont
I have this warmth down my throat even though I’m not drinking it now. Put it on pause

Those are my faves. It’s possible I just hallucinate. I want chocolate and dried cherries;)

This tea delivers what it promises of a sweet and easy drinking cheap everyday puerh. Smooth but not silky as while it has a pleasant lack of rough edges it does not come close to entering into silky (creamy) territory. I also like how it is the first Puerh Shop private label ripe puerh that is just a simple brick and not the mini bricks that never work out as planned.

john your review just had me purchase this cake thanks for the tasting note!

The Shu was rather interesting. It had a very mild duiwei. I usually like my ripe puerhs to have a far stronger aroma, but I thought I’d take a chance with this one.

After the initial wash, I took notice that the leaves gave off quite the pleasant aroma. I was quickly captivated by this puerh. The first brew was a rather light golden brown color and also had a very light earthy flavor, even woodiness to it. The second was a bit bolder of a flavor, still retaining a bit of astringency to it, but not necessarily in a negative way. I found the third brew to be the best. There was just a perfect balance between flavor, color, and aroma. The later infusion were still great, up to about the 6th brew. Then the intensity of flavor began to fade quickly. I maxed out the tea at about 10 steeps.

I actually like this Pu quite a bit, and I will be looking forward to trying it again in a few months.

This one is pretty damn good, sweet and smooth, dark and rich, earthy with some cocoa and vanilla notes, it just Awesome, thats all.
I’ve had this one for a while,I’ve been going back and re-tasting some puerhs that ive had for years, I think i’ll keep this one out and drink it up since its so good And I see it is still available so I can get more if I need to.
At 12$ this is a Really Good puerh to buy and drink often I think, I’m totally gonna drink this up now.

A smooth and mellow shou with little fermentation flavor. Woody with a slight almond note and what I would describe as doughy or yeasty taste. Not terribly complex, but a solid/unoffensive daily drinker at a bargain price.

Another wishlist tea from dexter This seems to be a good every day sort of puerh which to me means, i don’t need to restock this because i want fantastic puerhs. I have every day blacks…when i have and take the time for puerh, i want it to be a great experience, not a decent one. That being said, there’s nothing fundementally wrong with this puerh. It’s smooth and offers slightly earthy notes (not strong) in the beginning and then tapers off to a smooth almost sweeter puerh in later steeps. this was good to kick off the morning, and i’m glad to have tried it. thanks dexter!

Smooth and easy to drink shupu and a very affordable everyday tea (currently selling at $12 for a 250g brick). So many shu bricks are impossible to pry apart but this one was actually easy to chunk off. Clear syrupy tea liquor brews the color of a nice port. Offers a clean and sweet sip with spicy and nutty notes (rather like almonds). This is a good one!

Bought this recently after seeing some good reviews on it. While I’m not sure I found the notes of cherry it was somewhat chocolaty. It had a fair amount of fermentation flavor and was very thick in the early steeps. I started early on this today so I wasn’t so much worrying about caffeine. I gave this tea ten steeps and I’m sure it would have gone a few more. This was an excellent and enjoyable tea for a bargain price. I don’t think that expensive teas I have bought were a level better than this as their price would suggest. This was good.

I’m really loving this… boychik sent me this to try, and I can not thank her enough.
I remember reading in one of her reviews that she was getting a plum pudding sort of thing from her pu-erh—not this one, another one (if that never happened, boychik, and it’s just a dream of mine, please forgive me…ha!), and I’ve gotta say, that’s what this is to me. It’s like I just unwrapped my pud after cooking it for hours on the stovetop….I even get walnuts here (I know, I’m probably crazy…)… It’s absolutely delicious.
Doughy sweetness, with hints of fruit and chocolate….
I could drink this all day (and I have….) :)

I was just brewing this one for two days in my new Yixing to speed up the seasoning. 7g in 150ml, so good

it makes me so happy you shared my passion. oh shou, how much i love you…

Oh, Yixing! I have yet to delve into that… the seasoning of the clay is so interesting to me! New teaware is always so much fun. :)
I am so happy that you got me to try this…. oh shou, how much i love you INDEED! lol

Oh man, I almost just bought this one with my puerhshop order! You make it sound good!