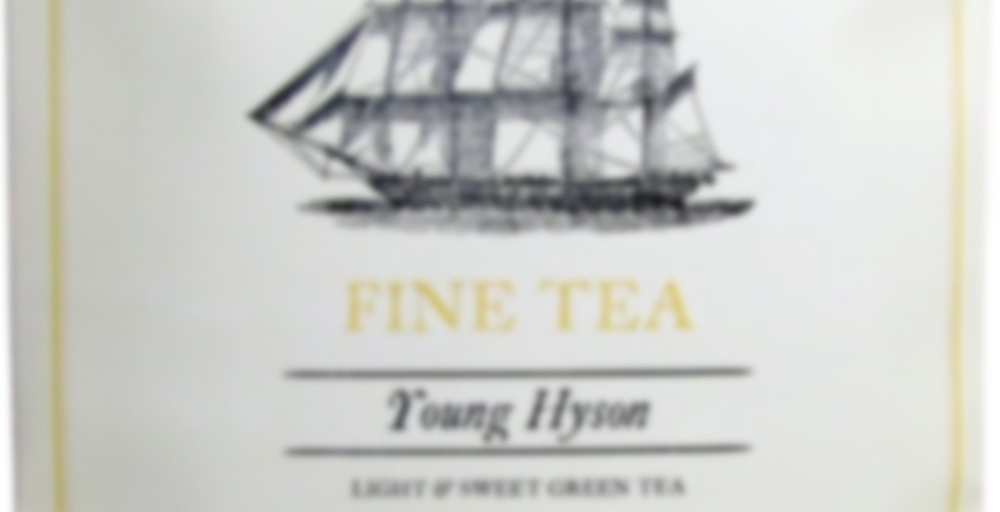 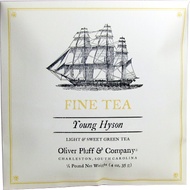 by Oliver Pluff & Company
56
You

Description: Green tea made from young leaves that are thinly rolled to have a long, twisted appearance that unfurls when brewed.

History: Some believe it to have been named after an English tea merchant, Phillip Hyson. Hyson teas were highly prized by the colonial Americans and tax on Hyson was higher than for other teas. During the Boston Tea Party there were 70 chests of Hyson destroyed.

A friend of mine went to Charleston and brought this tea back. I was excited to try it, but unfortunately, this wasn’t a favorite for me. The flavor is quite aggressive for a green tea, strongly herbaceous with mineral notes and an oddly metallic aftertaste. I’m still curious to try more from this company, but this isn’t one I’ll be drinking again.

Oh well, I guess it was indeed bad :/

I remember taking this from a teabox once and I wasn’t a fan, either. It tasted like a tobacco ashtray, which is pretty much my most disliked flavor note in a tea.

Bummer. I have had one black and one green variety from Oliver Pluff and the black was far better.

Guess I’ll have to go for a black tea next time!

Sampler Sipdown September! This is another tea I pulled from the last Here’s Hoping Teabox, so thanks to tea-sipper for organizing and those who contributed to the box!

I’ve never tried a Young Hyson (that wasn’t in a blend), and I’m going to try not to judge all Young Hyson tea based on this one, because… it smells odd. The brewed cup has a slightly musty sort of scent? Also a little of that smoky aroma, but that I’m at least used to, from gunpowder green, and the Azerbaijan Azercay green I sampled the other night.

The flavor is really unappealing to me, like something fermented (I’d say pickle brine, though not as acidic/tart), with a flavor that I can only equate to “musty attic,” and a slightly smoky finish. I’m getting a bit of a metallic aftertaste as well. There is possibly some mild grassiness there, but the “off” flavors detract from it too much. I can’t imagine it used to be like this, so I’m thinking that this is a case of green tea well past its prime; pure greens don’t exactly age gracefully. If that isn’t the case, then my palate is just picking out some rather odd flavors here that aren’t working for me.

Here’s Hoping Teabox – Round Seven- Tea #38
A tasty enough green tea, but it would be lost in the sea of mediocre green teas for me. It has unique packaging though! And I love seeing unique teas in the teabox.

How coincidental—I just drank my first cup of an Oliver Pluff (gift from one of my sixth graders). I just like saying Oliver Pluff. Doesn’t that sound like a character in a Dickens novel?