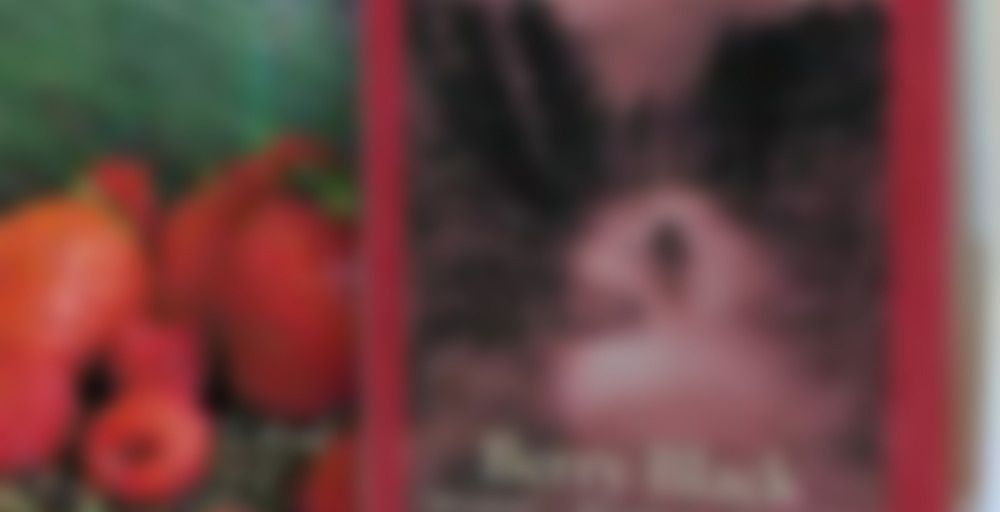 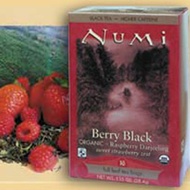 by Numi Organic Tea
53
You

First tea of the day! Thank you Jenny Wren for including this in the tea swap! I read the reviews on this one, seems others have found it overly sour; I actually didn’t think so. I found it definitely a little tart, but still very drinkable. Would you really expect a raspberry/hibiscus tea to not be somewhat tart/sour? Is it a tea to write home about? No. But is it an easy little vitamin C wake up call? Sure. When it cools, the darjeeling is certainly more present.

UGH! Now I want the chocolate raspberry torte my neighbor made and just brought over even more LOL=D

This was my first visit to a new local coffeehouse & cinema that is geared towards “geeks.” I was glad to see they had decent tea. I was prepared for anything from Bigelow teabags bags to locally blended loose leaf, so 12 flavors of Numi was not altogether a disappointment. They also serve chai lattes, but I’m not sure if they are from a powdered mix, liquid concentrate, etc. I’ll probably try one next time though.

This is nice. Neither darjeeling tea nor “berry” flavor are my favorites, but I mainly chose it because it was a Numi tea I knew I hadn’t tried before. With a packet of honey added, it was nicely sweet and flavorful (I’d say raspberry with a hint of strawberry.) I’m sure it would be great iced, and in fact the rest of my cup will probably end up in the fridge. The one thing I hate about coffeeshops is the drinks are always scalding hot for half the time you are there…

Continuing on with the project of finishing up my earliest batch of tea splurge, I am saying goodbye to this one today.

It actually grew on me quite a bit from my initial tasting. After drinking my way through a box of it, I was used to the tartness and could get right to the berry flavor pretty quickly. It’s a cheerful flavor that doesn’t obliterate the tea, but it may be a little too strong and too weak at the same time — it reminds me a little of Kool Aid.

Hail and farewell! Thanks for the memories.

Definitely tasting the berry in this tea. Tastes and looks like hibiscus is partly to blame for the bright red color of this tea, it’s slightly toned down from the actual darjeeling. I like the flavor, but may steep a minute less next time as to not have so much berry hibiscus going on. This was another tea sent from Brandy.

This was a “Shirley Temple Special” from Doulton that I was specifically saving for hot weather. Further research necessary—I didn’t care for my first sip hot; tasted awfully hibiscus-y; but on ice, the tartness took a backseat to the darjeeling. Wondering how it’ll behave with a little sweetener.

These are the voyages of the Starship Ewaprise

While traveling through some kind of nebula, the ship’s supply of teabags, mysteriously disappeared. Since the ship was already low on energy, this resulted in a complete loss of power to the bridge. The ship floated aimlessly for a while, but when the crew began exhibiting signs of irritability, I decided to take action. By creating a singularity by reversing the polarity of the impulse thrusters we were able to achieve orbit around the planet Kaw Pheekart. An away team, consisting of myself, my first officer and Ensign Sodead (my sister’s boyfriend’s second cousin – I felt the lad could use some away team experience), took a shuttle down to the surface.

We landed in the country of Numi, where we learned that it’s sovereign, the Earl of Grey was temporarily out of the country, so we talked to his majordomo, Barry Black, who while a somewhat sour individual, was able to provide us with the energy we needed by converting excess rations to a cyclical nitrogenous liquid compatible with our systems. Unfortunately, Ensign Sodead was killed by a freak landslide on our way back to the shuttle.

As we left orbit, we ejected the warp core, just for giggles.

Well there goes Ensign SoDead! LOL :-) Always the ones we least expect. Ha-ha

Ewa: you are my geek hero. This is the most awesomenest note EVAR!!!!! Whatever vehicle you drive/ride you must call it The Starship Ewaprise :D

Lol, it’s always the Ensign you never heard of before who gets killed in the first five minutes. Awesome note!

Ensign Sodead (pronounced SOD-eed, of course) truly the crew will not be the same without you. Truly, no one will be able to perform your duties, whatever they were, as well as you.

Tony & I went to breakfast at our usual haunt, with his 2 kids (both adults). This restaurant has the brown Numi box, & the selection is getting pretty thin. I tried a cup of this, sweetened with stevia. It was ok, definitely got the berry flavors in there, very bright tasting. It actually reminds me of berry flavored koolaid. Not something I’d buy.

Another sample packet I picked up, however my first impression of the concept – marrying berry with Darjeeling – isn’t very hopeful. The smell of the bag is lightly berry-like and pleasant, but steeping brings out the telltale bright red of hibiscus, which tells me to get the sugar ready. I don’t mind the flavor of hibiscus if I know that’s what I’m getting, just need to be ready with sweetener, as I find it really too sour otherwise.

The flavor is indeed really tart, so I’ve added twice as much sugar as I normally would. And it’s still pretty sour. In its defense, it does do a good job of bringing together berry and hibiscus flavors, but I’m having a hard time distinguishing the tea angle, let along something as specific as Darjeeling.

Nice to try, but I won’t be angling for this one again anytime soon.

Second try. I am over my initial disappointment with how my Numi tea order arrived so I do note sweet berry fragrance from the dry tea bag. I still cut open the paper bag and steep in my Breville tea basket even though some tiny leaves fall through. I did expect a better leaf grade since the website states Flowery Orange Pekoe. I assumed that meant a larger leaf size. I am keeping an open mind though. Especially since I have 97 bags to go.
I taste hibiscus only as if there was no tea. I don’t understand why I didn’t taste it before. Last brew and this, no berry flavour that was detected in the scent. Hmmm, I will figure out how to enjoy this but warning to people, you have to work to like it. Any one who wants to give Numi a fair go with a sample, I have copious amounts of eleven of their teas. I am not known to exercise caution. The web site description was so tantalizing!