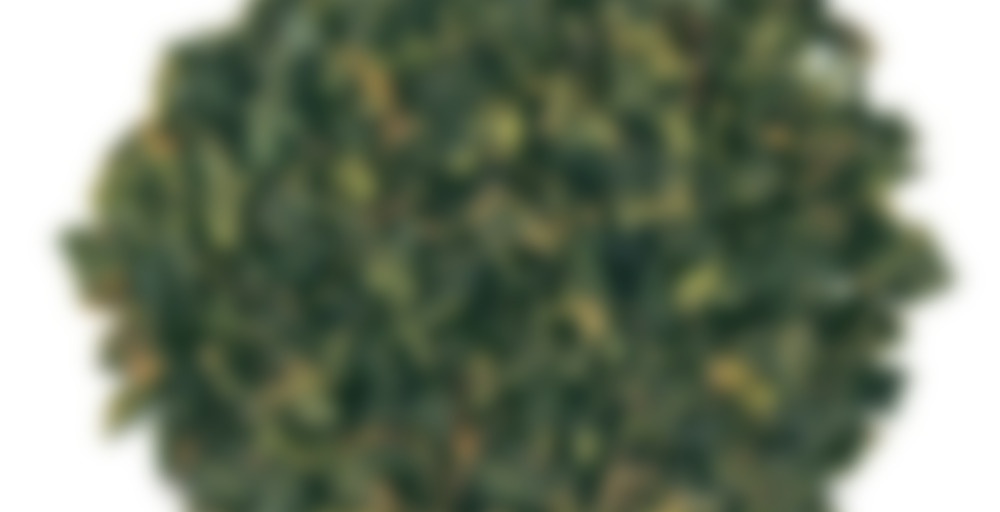 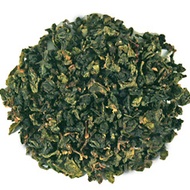 A masterfully crafted variation of a traditional Oolong, this tea has dark and light green twisted leaves that display distinct floral overtones. This tea’s aroma and delicate golden brew are sure to excite.

Argh! I had a nice tasting notes written for this tea when Bob the computer decided to die on me. * swears * So I’ll try and reproduce what I remember from it. >:(

This tea was another of the samples that Mike from “It’s All About the Leaf” (http://www.itsallabouttheleaf.com/) gave me to review. I have to say that I feel a little spoiled with the size of the samples he’s giving me, there’s a good 30-40 g of tea in this pouch, for instance.

Dry it has a sweet, vegetal scent, and the leaves are rolled like most green oolongs – although fairly loosely in this case – and the leaves look to be a bit paler than what I normally see. The steeped tea reveals how “Imperial Gold” likely got its name – it’s a deep, warmly-golden liquid. It also has a rather delicate floral aroma that teases the nose rather than punches it.

This is quite a ‘green’ green oolong, with a vegetal flavour profile and, oddly enough, little of the sweetness that I’m used to tasting as an oolong cools off. The first steep, at 4 minutes, is a little weak – not too surprising as the leaves take time to unroll and open up. I’ve been told that the 2nd steep of a green oolong is usually the best, and what I’ve experienced so far with this type of tea seems to bear that out, more or less.

The 2nd steep, at 5 minutes, has a fuller flavour and a more substancial body. It has a flavour like cooked greens with a faintly spicy or peppery note that lingers on the tongue. By the third steep, at 6 minutes, I can tell that the tea is starting to lose its omph, as it has a thinner liquor and a sweet, green taste that’s more fresh than cooked – although there are some buttery notes on the end.

Not my favourite – I like my oolongs sweeter, though I think you can put that down to a matter of personal preference rather than lack of quality in this case.

I hadn’t tried this in awhile, but glad I thought to pull it out of my cupboard. This is an amazing oolong, particularly for Fall. Somewhat vegetal on the palate, but then blooms into a sweet floral finish that is absolutely wonderful. Green, clean, delicious.

Tasted very similar to Peet’s Ti-Kwan-Yin. I think I prefer this, though that might just be because it came in a fancy box in the mail. Nevertheless, definitely a delicious and calming cup, one of my favorites.

If you brew this tea long and hot enough, about 4 minutes at 200 degrees, you get some great, sweet notes in the back of your throat. It has a great mouthfeel, a bit astringent, and is quite sweet and floral in its aroma. I enjoy it very much.