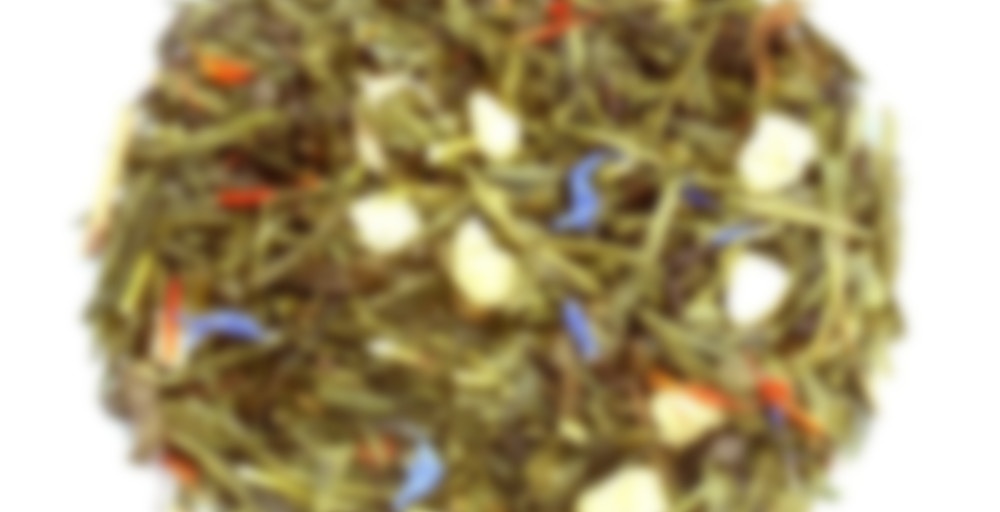 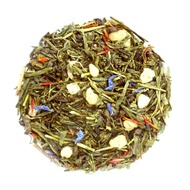 The Republic of Tea 78

The Republic of Tea 60

I just couldn’t resist the name of this one! And the description is just as fitting!

The flavors also seem to melt in your mouth and mesh well, too. As well as being nice and even throughout the sip! Very nice!

I ordered a bunch of samples from Luhse a while back, because I’d long been curious about the company and their tea. Their branding is fairly unique – I like the 20s, prohibition theme, and the use of characters to give their teas a backstory. It’s definitely different! The samples contain enough tea for 2-3 cups, depending on leaf type, and are packaged in square foli-lined pouches with a brown, Kraft paper exterior. They’re not resealable, but as they’re so tiny that’s not really a problem.

Getting Lei’d is a green blend with pineapple flavouring. I love pineapple, so I pretty much had to give this one a try. The tea leaves are a fairly uniform dark green, folded and flat, but fairly small. I’d say Sencha, as an educated guess. There are blue cornflower and red safflower petals scattered throughout, which gives this blend a really pretty appearance, and one or two chunks of freeze-dried pineapple. The scent is beautifully tropical, with strong notes of pineapple. I have high hopes for this one!

As per the recommended parameters, I used 1 tsp of leaf and gave it 2 minutes in water cooled to around 175 degrees. The resulting liquor is a medium yellow-green, and the scent is faintly tropical. Unfortunately, faint is probably the operative word as far as this tea is concerned. The pineapple flavouring is just about discernible, but sadly nowhere near as strong as I’d like. Saying that, I can taste it throughout the sip, and it’s obvious what it is, so they’re both points in its favour. I can also taste the green tea base, which is a touch floral and a touch grassy – it suits the image of the Lei in that respect! There’s no bitterness or astringency here, which are also favourable points. I’m just left feeling that I’d like a lot more punchiness, and I’m a little underwhelmed by this one as a whole. This is a pleasant tea, and while I wouldn’t turn down the occasional cup, it’s not one I’d look to repurchase in quantity.

Out of curiosity, how much did you pay for shipping?

I can’t remember the exact figure, but I don’t think it was more than $15-$20. I only ordered $35-ish of tea, and I don’t think I’d have gone ahead if the shipping exceeded the cost of the tea.

Oh wow, I think that’s actually a better shipping price than what the Canadian shipping works out to. I put together a mock cart that was about $50 and the shipping was $36… :/