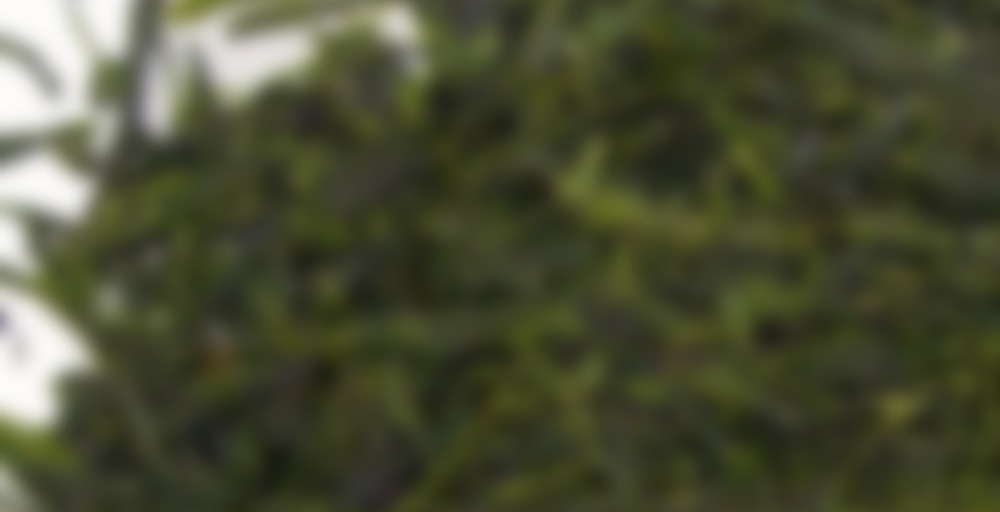 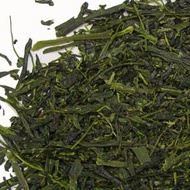 This is one of the best Senchas from the Kagoshima area in southern Japan. The brew is a yellowish green that is light in the cup with a good balance of sweet & bitter.

This is part of the Harney & Sons green tea sampler. I am now seven teas away, including this one, from trying all my H&S samples.

Having had the plain sencha earlier today, I’m finding this one interesting. I understand the descriptor “high pitched.” It seems lighter than the regular sencha, though by no means weaker. If it was a sound, it would be higher on the scale is all.

Like the regular sencha, it has a lovely fresh, buttery smell in the sample tin. The leaves of this one are very fine, almost powdery (though not all of the leaves are this way, some longer ones stick out). I also understand the nut comparison. The buttery fragrance has a nutty quality to it, like the butteriness of the meat of a nut, with a slight bitterness (also nutlike in quality).

The flavor is very similar to the aroma. It’s a very tasty tea, without a very strongly vegetal flavor, but without grassiness either. I’m not really getting lemon, but that’s ok. I don’t need it.

This was just what I needed on a personal note this morning. The bright green liquor was a sight for sore, groggy eyes, shocking me out of my stupor. As notes of cooked spinach and bell peppers floated into my nose, I was pleased to find a small hint of lemon. Lifting the cup to my lips, I slurped up some of the tea, aerating it, allowing the angular, assertive flavors of bell peppers and rounded, roasted flavors of toasted walnuts wash over me. Perfection to start my day.

This lively, vegetal, but high-pitched tea is a vivid illustration of a good-quality blended Sencha. Kagoshima is a port city on the southern tip on Japan’s Kyushu island, the second largest tea-producing area in Japan after Shizuoka. Kyushu is also the southernmost tea-producing area in Japan. Spring comes earlier here that to the rest of Japan’s tea regions, so Kyushu brings Japan its first spring teas.

The island’s large, flat plateau allows for Japan’s biggest tea farms. The farms are vast and flat enough to accommodate an usual harvesting system: Giant tractors ride up and down the rows, trimming the newest leaves like lawn mowers and blowing cuttings into large bags behind them.

This mechanical harvest allows for such economies of scale that Kagoshima produces the cheapest teas in all of Japan. But the scope of these operations also prevents the gardens from making great, pure Senchas. Instead of nurturing exquisite Senchas from just one field or cultivar, Kagoshima tea makers blend one great Sencha from several varieties of individually inferior plants. One is what’s called a “natural Gyokuro” Sencha. Its leaves flourish entirely in the sun but still produce the extra amino acids of a shade-grown tea. The result of this blending is a lemony Sencha with some of the rich, vegetal brothiness of a Gyokuro.

Yay! Although the bell pepper part worries me…

This tea literally looks like grass. The mixture of deep and bright greens is a stunning visual. This is especially captivating when paired with the sweet grassy aroma which contains notes of baby spinach and artichoke.

This tea seems to be shade grown and the loose material does have lots of smaller leaf particles amongst the larger leaves. When brewed the tea produces a lightly cloudy bright green liquor.

The steeped aroma equally light and fresh, containing less astringency than when dry and this seems to allow the sweeter notes to emerge in greater force.

When drinking this Kagoshima Sencha it’s important to note the swirl of sweet and bitter on the tongue. This convalescence makes for a wonderful palate pleasing brew.

An okay sencha. Lighter and brighter than others I’ve had. Tastes like spring. After some time, I find myself not wanting it as much. The leaves in my sampler had some longer full pieces on top of the batch, but as i scooped down, most are small grains like ground up tea. That makes it hard to steep using anything but a bag because it’s so fine it can dust through the filters.

Very good. The leaves smell like fresh cut grass, and the brew, though tricky, when done right (in my liking) leaves a light jade-green, sweet liquor. Found it best between 1 min and 1:30.

I just made my first cup out of the 2nd 4 oz. tin that I had ordered from Harney & Sons. The last time I had a cup of this was months ago and this cup reminds me of how much I missed this tea. It is absolutely delicious. The nose smells extremely fresh, as if it had just come off the boat from Japan, and it probably just has! I can’t even describe the taste it’s so smooth and packed with flavor.. there’s slight whiffs of lemons and possibly hints of walnuts on the finish. I wish this cup of sencha could last forever. I used 170 degree water, 1 level tsp of tea, 8-10 oz of water and steeped for 1 minute. Absolute perfection.