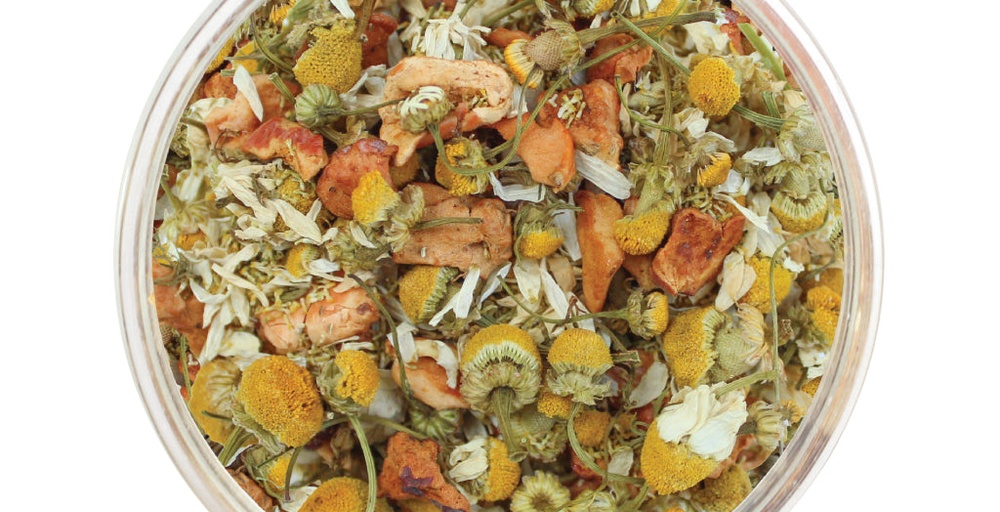 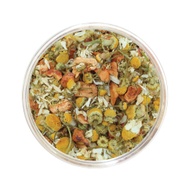 by Floral Tea
--
You

Sipped on this when I got home from the festival. I actually ended up buying four different little tubes of flower based herbal tea from this stand. They were the only stand at the festival that wasn’t letting people smell their teas or sampling and I’m sure that, in a lot of ways, that probably worked against them for most people. For me, it may have been a surprisingly win on their side because my curiosity got the best of me and I just had to grab some of the more interesting sounding blends…

I am generally not a fan of chamomile and I actually said this when I was speaking to the gentleman at their booth. It could have totally just been salesmanship, but generally I like to think that tea people err on the side of honesty so when he said “Me too, but I actually find this is a chamomile that works really well for people who are turned off by the usual dusty flavour of chamomile” I decided to believe him. Mostly, though, I think I was just interested in the idea of a caramel apple flavoured chamomile.

You know what, though!? It did taste a lot like chamomile but I think he was pretty spot on that it lacked a lot of the heavy musty/dirty floral quality that it the primary thing I dislike about chamomile tea. Instead there was more of the sweeter honey-like soft elements of chamomile. Still maybe a biiiitttt too much chamomile for my tastes but hard to be mad at that because it’s supposed to be chamomile. That’s like buying a cinnamon tea and saying “tasted like cinnamon, so not for me”. I am the hypocrisy in this situation, not the tea.

Regardless, the caramel apple flavour was great! Not heavily sweet but pretty distinct. Really loved how much of a fresh apple vibe it gave off. People like to say a lot that chamomile has apple notes and I’ve never really got that, but as I was drinking this tea I had a moment of realization where (for the first time) I sort of saw what they were saying.