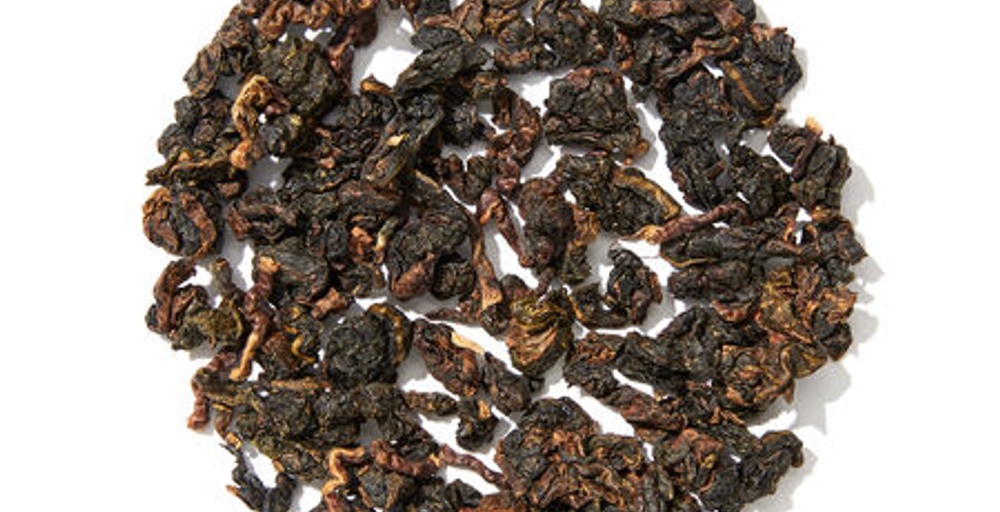 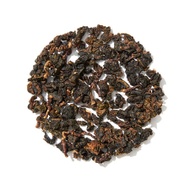 How it tastes:
A classic oolong base with a comforting cinnamon aroma.

You can say so long to your average oolong. This cinnamon-scented blend gives a comforting twist to a traditional favourite. Each sip envelops your senses with a cozy aroma radiating from the warm glow of your cup. The unique scenting process allows a more subtle fragrance of cinnamon to come through the tea leaves.

What makes it great:
• An innovative and unique scented tea from Taiwan!
• The cozy, non-overpowering cinnamon flavour is the result of its unique scenting process: cinnamon bark is mixed and heated with the tea, binding essential oils to the leaves.
• An approachable twist to a classic oolong.

Another tea from Cameron :)

This smells amazing! Almost akin to one of those super thin Swedish Anna’s cookies, but in a cinnamon version. The cinnamon is very subtle but complementary here against the lightly roasted oolong base. Overall a very tasty tea, and one I would consider getting for my own cupboard.

The second steep still had plenty of subtle cinnamon flavour and I have a feeling I could’ve gotten a third steep.

Thanks for sharing Cameron!

Thanks for the tip!

Finished this off a few days ago with a strawberry cold foam topper. It was awesome and this tea is just a really nice cinnamon tea. I’m grateful for DAVIDsTEA for gifting it to me to try because I think I’ll be ordering more in the future, whereas I likely wouldn’t have tried this without the company sending some my way.

Drank on 1/12/22
Delightful smooth oolong, not as much cinnamon flavor in the beverage as I expected from the scent of the dry leaf. This is highly drinkable and would be a great oolong for newbies. This would be something I would be comfortable sharing with friends who are maybe new to tea or usually only drink one of two blends. Didn’t need sugar or anything added to it. Great just on its own.
This tea was sent to me in a free care package from Davids Tea.

I was grateful to receive a care package from David’s Tea a couple of weeks ago. They gifted me 4-5 teas plus a teapot set, with two massive mugs. I gave the Cinnamon Oolong the first try of the teas…and I was in heaven.

I had to take pause to allow the tea to absorb on the palate. It was deeply rich and warming; it also reminded me of Cinnamon Toast Crunch cereal. I also thought about my great Aunts who’d boil cinnamon sticks in water to make us “herbal tea.” A flood of memories and good vibes joined me on this tea journey.

Second Session and On: Gongfu’d

I decided to give this a try gongfu’d. I finished the sample with 8g in 120ML gaiwan. I let the first steep run 15-20 seconds. It was very rich and cinnamon-y. It was soothing and really opened the sinuses. I brewed the following steeps at 15 secs (3x), 25 secs (2x), 30 secs (1x), and 60 secs (2x). I lost the flavor after the first 60 second mark, but I wanted to do my best to extract everything from the leaf. I find that this one brews well gongfu cha a lot more than western, but if I were to brew for friends/family, I’d make it in the big glass pot that David’s Tea included with the gift set.

PS. I DID order 100g after I received a mysterious gift card in my work email. I cannot get enough of this tea!

Its really not something I would want to drink every day, but when I do, man oh man does it really hit that warm happy cozy spot.

And I just realized, I only rated this 80? Yeah, that’s getting raised.

Pricey tea, so I spent some reward points. It’s not bad – the cinnamon scenting is interesting, and there’s some really nice roasted oolong flavour, but not a favourite.

I love this new tea sooo much and I will eventually write a longer and more proper tasting note for it when I have more energy, but for now here’s my little snippet from IG for the session I had earlier in the week…

Not terribly unlike the process used with jasmine teas, this Taiwanese oolong is scented with heated cinnamon. The result is a truly unique oolong with just the right kiss of warming cinnamon!! This tea session is just so cozy with notes of raisins, golden toasted nuts, brown sugar, and fresh baked sweet bread and pastries. Things like cinnamon rolls, hot cross buns, and cinnamon raisin bread spring to mind with each steep & it’s just so approachable and inviting! It won’t be long before I need to restock because this has genuinely become one of those teas that I can turn to no matter what mood I’m in.

I will have to look into this one

Is it available in the U.S., or Canada only?

Aren’t all their teas available in the States too?

Most of them are, but I couldn’t find this one on their website. I searched Cinnamon Oolong exactly and only got their other cinnamon teas. It didn’t appear on the oolong catalogue either.

Often times the USA will just be delayed in getting teas/teaware, they don’t tend to have many exclusives. Maybe Kelly can comment if knows if it will just be a Canadian exclusive?