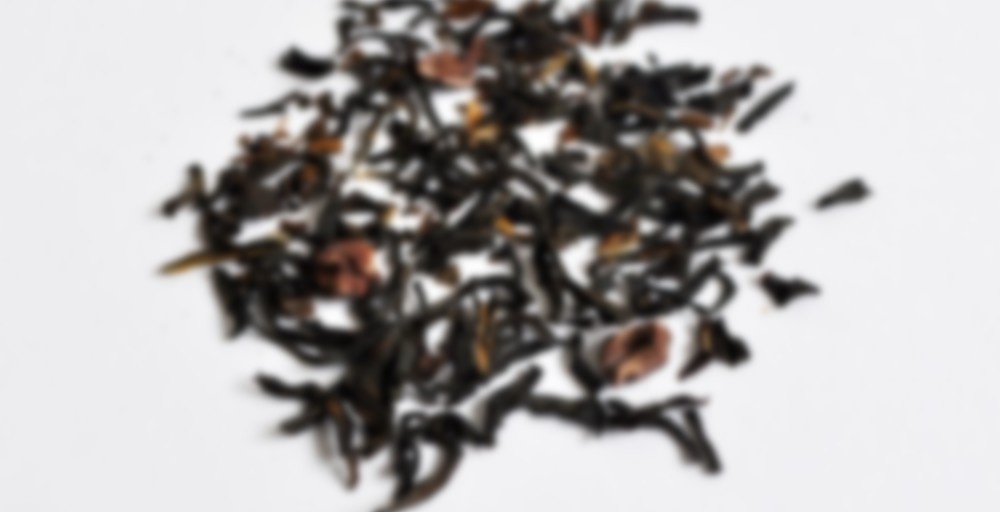 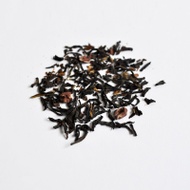 Rich, malty blend of smooth black teas, vanilla pod and Peruvian cocoa nibs.
Specially created for the Chesterfield Hotel in Mayfair, this luxurious blend of Indian Assam, Chinese Yunnan black, organic Madagascan vanilla pod and Peruvian cocoa nibs is served daily with their famous Afternoon Tea., It is deep, rich and moreish with a velvety mouthfeel. Extremely satisfying with smooth, malty Assam and a hint of plum from the Yunnan black adding an additional layer of dark fruit. The cocoa nibs and vanilla pod provide the depth and sweetness which complements the heady flavours.

Just before Christmas I received a surprise letter from Canton tea which included a coupon for money off my next order and a 5g sample of their new Chocolate Tea. It was a very nice gesture and the tea was certainly appreciated so it has been lovingly stored for any day I want chocolate. That day is today.

Opening the packet released a pure chocolate scent, one of the most natural chocolate teas I have sniffed so far. I did note seeing chocolate chips amongst the blend too. It also had a vague vanilla after tone.

Steeped this via the recommended instructions.

First few sips reveal a malty and rather smoky black tea, smooth and silky in texture with a hint of sweetness. Not as chocolatey as it’s raw scent, in fact it’s more like cocoa nib, sour and strong with minimal sweetness. Not quite what I had in mind for Cantons so called luxurious Chocolate Tea.

I am liking the black tea base though, but I think it would be nicer without the sour chocolate. Maybe it’s just me but compared to someone like Della Terra’s chocolate teas this one is very subtle. I really was expecting more. If I was to do a blind taste test I would never have said chocolate, I would think it was just a nice black tea.

So while I really do like this black base tea (as my score will reflect) I don’t think it’s a nice chocolate tea due to the lack of actual chocolate flavour. Oh and I’m sure the vanilla will keep it smooth and creamy but in terms of flavour unfortunately the smoke element masks over it.

crap…i just ordered a small tin of this….should have read your review first….

This is the cup of tea that is keeping me company while I attempt to do homework. I feel a little distracted so hopefully I can focus after drinking this cup! I was surprised by the recommended short steep time for this tea. It does end up with a rather reddish-brown color after two minutes. I’m actually pretty surprised by the flavor. It could be that I don’t really remember this tea being that impressive when I tried it a long time ago. It’s smooth with a nice, subtle chocolate and vanilla flavor. I do wish that I could taste more of the chocolate and vanilla, but it’s so well-balanced that I don’t miss them too much. A very light, smooth and sweet cup of tea.

This was great with a 3-minute infusion. It really brought out more of the chocolately flavour.

I’ve been craving hot chocolate recently, but remembered I had this in my cabinet and steeped up a good tablespoon in 12 oz of water. The base for Canton’s Chocolate tea is Feng Qing and Assam blended with Peruvian cocoa nibs and organic Madagascar vanilla. They call for a 2 minute steep, which gave a medium brown liquor and an understated cocoa flavor. This is a good tea, but I wanted it to be better than it is. The cocoa is certainly unsweetened, and even after I added a touch of honey, it stayed “unsweetened” tasting in the mug. The tea itself was identifiable as Feng Qing and Assam and gave a bit of astringency to the mouthfeel. Hmmmmm…..I was expecting something more rich and vibrant, but the flavor profile kind of just sat in the middle of the mug, like a little goldfish deciding if it was going to live or give up the ghost…..

I love Canton Breakfast Tea. I think it’s one of the best breakfast blends out there, but I doubt I will reorder this one.

I am now officially taking suggestions for chocolate teas (with no fruit) with black tea base.

It’s not a chocolate tea, but North Winds from Whispering Pines has a great chocolate flavor.