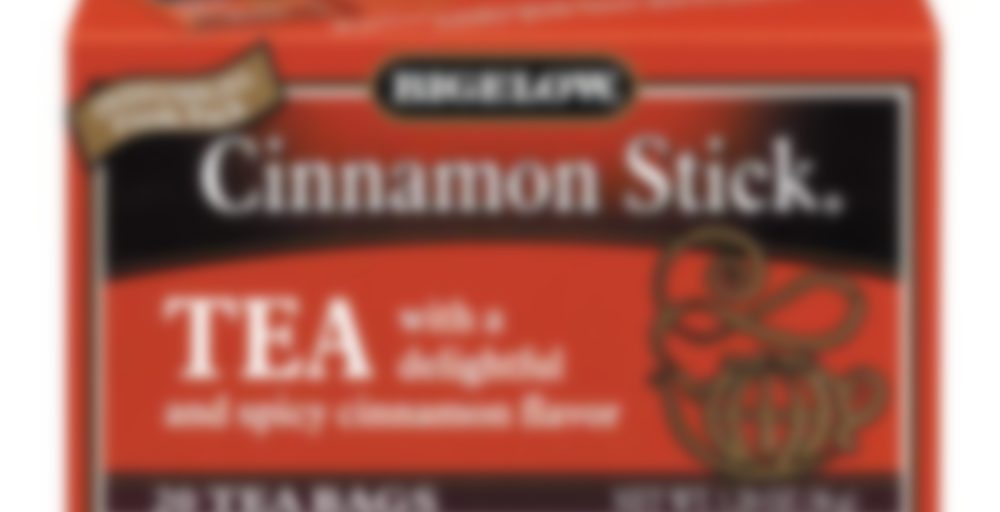 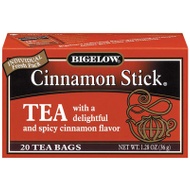 with 33 Ratings Rate this tea Rate This Tea

Full bodied and robust with a sweet cinnamon finish.

From the moment you tear open the foil pouch the delightful aroma of cinnamon will tease your taste buds. We’ve blended just the right amount of cinnamon with our bold black tea to give you a cup that is robust yet sweet and spicy. Waiting for this tea to brew will feel like the longest minute of your life. (Nov. 2015)

I grabbed this tea this morning as I needed a quick, easy cup in between getting the day started, making breakfast and taking care of 4 hungry dogs and cats. This little teabag was stashed in my tea drawer and I believe I received it from a tea swap. The flavor is a little bland, but thats to be expected in my opinion from a low-cost tea bag. With that being said, my expectations while making this tea were lowered, and my end opinion is that it wasn’t too bad. I know there are much better cinnamon flavored teas out there, but for the price this one is acceptable. Add a little sweetener and it almost comes to life, with a faint trace of cinnamon spiciness!

-5 F in our neck of the woods; perhaps a little spice will kick up the internal temps, anyway. This may well be one of the first flavored teas I ever drank, and one of the few husband asks for by name when it gets this cold, so there’s some snuggly nostalgia that improves the flavor :)

Have always enjoyed this because it tastes like cinnamon-roll cinnamon; not red hot cinnamon.

Found this is the cupboard at the office so I tried to rush a cup to fix ice tea. I got it rather weak the first go round but the second cup turned out much better. I still would prefer more black tea flavor or more cinnamon flavor. This flavors just meet and mellow. Maybe I would like it better if I sweetened it.

I love this tea! I drink it hot normally, but iced would be great!

I woke up to about 6 inches of snow this morning! Roads were terrible as the city is out of salt and apparently couldn’t be bothered to plow as it “just came down too fast.” Fellas, we’ve known this was coming. It started snowing around 3 pm yesterday and it came down too fast? Anyway, I got to work okay and settled in with a cup of this, the quickest thing I could grab as I was falling out the door. It made for a quick cup which is good because I have a busy day ahead of me. It smells strongly of a spicy cinnamon with a strong black base. I put two sugar packets in it and honestly, I can’t even tell they’re there. I’m wondering jokingly if they missed my cup. But it’s not too bad. Goes well with my cinnamon and chocolate chip muffins leftover from yesterday’s breakfast!

One of my coworkers shared the tea love and gave me a few bags of this tea (yea!).

I was hoping for more of a hot cinnamon heart POW, but it was more a subdued cinnamon flavor. I may add sugar next time to try and round the tea out more.

Found a stash of this in a Tupperware of assorted teas, hiding in mom’s pantry. I think I recognize the teas in that box from a canister (with a cute little ceramic sheep on top of the lid) that resided in a cabinet in my childhood home, so it’s probably at least 10 years old. I have the feeling the black tea in this was mediocre anyway, but age has definitely not been kind to it – there’s barely any tea flavor. The sweet-spicy flavor of the cinnamon makes up for it, though. Not a bad cup, in spite of the odds being stacked against it.

It’s pretty much black tea with bits of cinnamon stick. Pretty easy, tasty, but you could totally make the same thing for less with a black tea bag and a stick of cinnamon bark. Seriously. It’s still good, though, especially if you want to make chai with a nice cinnamon undertone or if you have a cough/sore throat. My mum and sister like to get this, and I don’t mind having it ever so often.

a dear & thoughtful friend gifted me this tea. i haven’t had it in years. love the cinnamon flavour. steeped it for three minutes, a wee bit longer than the suggested 1-2 minutes, because i need my tea strong; however this might have made the tea somewhat bitter. i’ll behave & follow instructions next time. tastes great with a glomph of milk & a brown sugar cube.

This tea has a very weak cinnamon flavor, much weaker than what I was hoping for. At first I didn’t like it at all, but then I tried dropping a stick of cinnamon in and it was actually very tasty!

I brew this tea at work, 2 bags in a 16oz steel travel mug with hot water from the coffee machine, steep for about 2 minutes. Drop the cinnamon stick in immediately and take it out of the empty cup after drinking!

I’m pretty sure I’m using Cassia sticks rather than real Cinnamon sticks, but it tastes great. I’ve used the same stick for the past 4 cups and have noticed no decrease in flavor, although I’m sure I’ll get there eventually. If you’re like me and were looking for a little more punch out of this tea, surely you can find a stick in your spice rack to help you get through the box.

This is one of my favorites that I buy regularly!

I’m so excited the advent season is finally here. I love reading everyone’s tasting notes from all the different advent calendars out there, and I’ve been looking forward to this month’s advent swap. My swap partner this year is Devon Bartholomew – thanks to Devon for sending such a cute and festive calendar! I’m planning to post Devon’s comments for each day’s tea at the top of each of my tasting notes, mostly so that I can remember when looking back on these later. Devon – please let me know if you’d rather I leave these out.

My tea of the day is this Bigelow cinnamon black tea, which is a good start to December. One of my favorite cinnamon teas is a bagged tea I found at Walmart a few years back from Carrington Tea called Cinnamon Apple. The ingredients were simple – black tea, natural apple flavors, and cinnamon. I believe it’s no longer available, so I’m on the lookout for a replacement (bagged or loose leaf will do) to fill the void it’s left behind. It was such a perfect cozy tea. Opening today’s advent tea gave me some hope that this might be a similar blend.

My least favorite cinnamon flavor is the Red Hots candy variety. I’m pretty sure I’ve read that this is one of the specific types of cinnamon, and a quick Google search mentions cassia rather than Ceylon contributing to this spicy flavor. I’ll admit that I was a little worried this would have that spicy candy cinnamon flavor based on the aroma alone. Though once it steeped for a bit, the cinnamon became milder and the tea quite pleasant. True, there was still a bit of that lingering spicy heat, but funnily enough, it was more akin to Big Red chewing gum than Red Hots. Not sure there’s even a difference between the two flavors, but my mind is telling me that Big Red is much better than Red Hots.

Overall, this was an enjoyable tea though it doesn’t compete for top cinnamon black when compared to my beloved Apple Cinnamon. It could be that the apple plays a larger role than I’m giving it credit for, so perhaps this isn’t a fair comparison. For straight cinnamon + black tea, this was uncomplicated and satisfying. I would drink more of this, though I probably wouldn’t buy a box of it as I’m still holding out hope for that perfect cinnamon black. I did recently buy some of teakruthi’s Cinnamon Chai, which is only black tea and Ceylon cinnamon, so we’ll see how that compares. I do also think I would like to find an apple cinnamon blend to keep on hand as well. Does anyone have any favorite apple cinnamon black tea blends they would recommend?

Thanks so much, Devon, for sharing one of your favorites with me!

Shae – Nope, go ahead, I’m really looking forward to reading everything everyday from you! I can’t remember what order I sent my teas in, so it’s like opening a present every morning, haha :)

This is on my husband’s never-run-out list. Isn’t it nice to know that there are some good, cheap grocery store staples that you can completely rely on?

Devon: I’m looking forward to your notes as well! I know Inkling will have sent you some good teas to try. :)

gmathis: Absolutely! A few of my favorites are grocery store bagged teas. I would be sad to lose them.

Cameron B.: I tried the Apple Cinnamon French Toast in a recent TTB, and I do remember enjoying it! I haven’t heard of the New Moon Tea Co. or that particular tea you mentioned, but I’ll be adding it to my wishlist to check out later. Thank you!