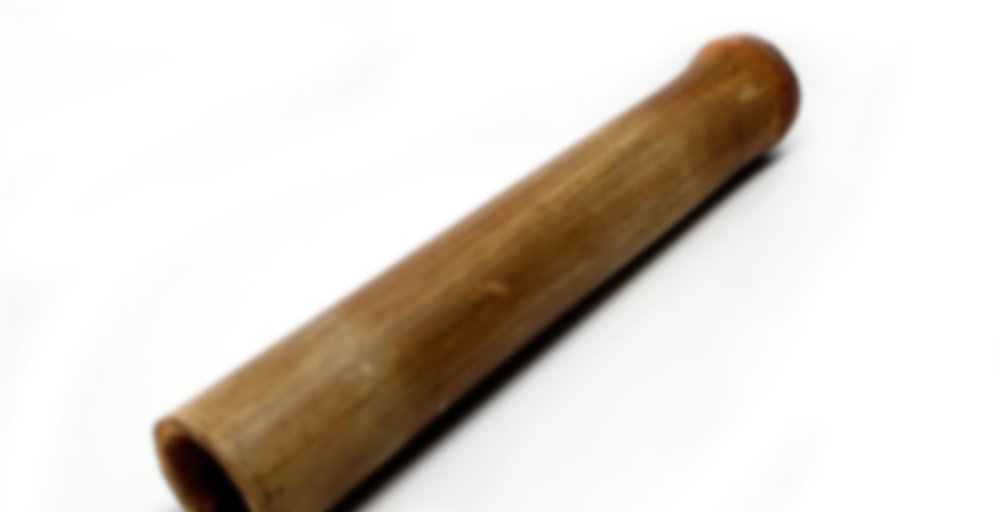 by In Pursuit of Tea
79
You

From In Pursuit of Tea

This limited lot pu-erh, from 2003, was made in a shu, or black, style and then packed into a bamboo stalk to age. It has a peaty fragrance, with a hint of lemongrass, and sweet eucalyptus flavor, which holds up through dozens of infusions.

To open, place the stalk upright on a stable surface; use a knife to gently split it into two pieces. Store the tea in the bamboo, resting on its side; flake off a portion when ready to brew.

About In Pursuit of Tea View company

Woah. This is my first really nice Shu Puerh and my first Bamboo stored Puerh. Had it as the last tea at a Puerh workshop at Mem Tea with In Pursuit of Tea. Was so floored by the quality of this tea that I impulse bought a ‘log.’

Just cracked open the bamboo using a knife and mallet. Scent wise I can just barely smell what this will become, which is odd considering its strength of flavor. Relatively evenly compressed and easy to separate layer-wise, there are a couple layer where there is obviously some silver/gold tipps, can’t wait to get to those! The tea itself is small leaves mostly, prone to cracking and crumbling because of the stuffing it underwent in the Bamboo so I gave it a relatively fast rinse then let it breathe not wanting to overextract it due to small particle size.

From what I’ve gathered, the strong incense flavor that I get off of this tea is partially an effect of aging in the bamboo. My partner says that she smells fresh cut bamboo in this tea profile. I had literally just broken up the log and brewed this and in the future I think I will air some of this out periodically in a paper bag to let some of the strongest flavors mellow some. The brew times below worked fairly well. I drank this over the coarse of a day and a half, working through the steepings all day.

In retrospect, I don’t know whether I like this tea in it’s first couple steeps, almost overwhelmingly aromatic of rich, sweet-spice wood flavors, or if I enjoy the flavor enough to go for a long session. By the end of working on this session for 24h, I was fairly sick of the flavor. Maybe a Chrysanthemum Pod, Rosebud, or some smokier, spicier shy blended in. We will just have to try!

15/s Wow. Clean, with an almost overwhelming aromaticity that is beautiful to taste. Incense. Sweet on the back of the palate and the tongue. A bit powdery or creamy feeling.
10/s The brew was so dark so fast, it is obvious that this is giving a lot away to the water in a short time. Minus some of the brighter complexities, it had in the first round that so floored me. Still strong incense flavors, leather jacket, new cleats, pipe tobacco, cedarwood oil, Patchouli. As the tea cools in the mug, it takes on a strong sweetness akin to Licorice Root.
15/s
20s/ – The almost overwhelming aroma from the first couple steeps still dominates but is spreading out some. I don’t know whether that is a good or a bad thing.
30/s – The liquor clears considerably from a darkness I couldn’t see through to a more transparent broth.
45/s
1/m – The original aroma is still there but the brew has cleared even more, lightening each round at this point. The bamboo flavor is more identifiable now, especially on the middle-back of the palate, and there is a bit of a drying effect on the tongue.
2/m – flavors of good loose cigarette tobacco, cedarwood, Cardamom, medium brown sugar. Not much of a returning sweetness on the palate though, just the aroma of sugars.