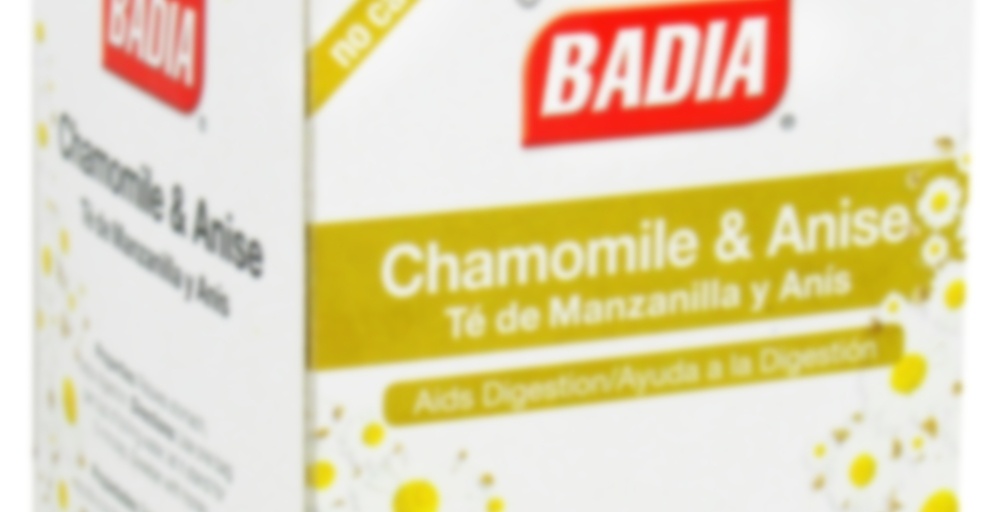 The soothing properties of Chamomile infused with the sweet clean flavor of anise.

Direction: Use one bag per cup of boiling water; let it stand for 5 minutes. Sweeten with honey.

Blehhhhh Steepster. I feel like crap. And I’m also consulting my Steepsterites for medical advice.

Yesterday I had a stomach ache pretty much all day, so I drank various mint teas and herbal teas (like this one). Dinner time rolls around and since I’m feeling kinda bleh, my boyfriend and I go out to dinner to a vegetarian Vietnamese restaurant for soup. Originally I was gonna get pho, but we end up getting something called a “Hot Pot” which is a lot LIKE soup and is often called “Chinese Fondue”. Anyway, we ended up eating the exact same thing since we are sharing it.

We come home to watch TV, I make it through one episode, and my stomach starts hurting like crazy. It has escalated from “stomach ache” to “I think I’m going to hurl pretty soon”. You know the feeling ;) I try to shake it off by going to bed… and proceed to toss and turn for the next several hours because I don’t want to get up and throw up. 3:30 rolls around, I give up the ghost, and go into the bathroom and throw up – of course. I go back, try to go to sleep, but toss and turn for another hour until I get up and throw up again. Bleh. Eventually, I find sleep for a couple hours, before being woken up at around 8 (because my BF is leaving for work) and throw up a third time. Yay. So long herbal tea.

So now I’m trying to figure out what’s going on and how long it’s going to last. My boyfriend and I ate the same thing for dinner, so I don’t think it was food poisoning. The whole day I didn’t even eat anything exotic: rice, vegetables, cereal. I did drink some kombucha, which some would call odd, but my stomach was already bothering me by then. I’m hesitant to blame it on my hippie drink.

I don’t really have a fever. Which makes me think that it’s not the flu. My BF has me all paranoid because he mentioned how his boss had salmonella and it lasted for weeks. Iccch. I’ve been keeping my meat intake low, but the night before last my boyfriend and I did have a raw tuna and avacado appetizer at restaurant (which we’ve had several times before). I had the majority of it, although my BF did have some, too. Is it possible he wasn’t affected by that but I was?

I’d normally be fine letting things run their course, but I’m set to go out of town this Friday. I really don’t want to be sick. I’m really hoping this is just a “day” thing. My stomach still feels a little icky (not as bad as before, though). I’ve been drinking water, but I’m scared to eat anything else. I probably will soon, though.

There are some really weird strains of the flu going around – ones that you don’t think are the flu, ya know!? Beeeee careful and get well soon!!!!

Is it possible to have a flu without a fever?

If it’s not the flu it could be your body reacting to some bacteria which could have been airborne or on your food. 2 people can eat the same thing and only one gets sick. If you don’t start feeling better soon though you should see your doctor. At the very least he could give you further insight as to how long this could last so you don’t stress too much about being sick for your trip. Feel better and try not to eat or drink anything that may cause your body to create more acid for digestion. Maybe some hot cereal or some plain small size pasta like pastina or orzo with a little butter only.

Have you been tested for food allergies yet? Adult onset allergies can get really bad fast.

Denise – What foods would cause more acid for Indigestion?

Claire, that is what I was wondering too – my peanut allergy morphed from the hive-y itchy kind into insta-vomit as I got older but I usually feel better after getting the offending item out of my system so I would think flu here. I rarely get flus with fevers so I wouldn’t rule it out b/c of no fever.

How long – on average – would it take for me to eat something I’m allergic to and throw up?

How do I know if it’s a flu if there’s no fever?

Foods could be nightshade (peppers, beans and peas and tomatoes and potatoes) or mushrooms. Almost anything really. Corn, grains. Yes, they can come on fast and you feel like the flu. No fever, but mine feels like a bad flu and mine lasts now for up to 6 days. I hate it!!! Never had this until I turned 58. Horrible! I never throw up though, I get the other (D word). Gross. The B.R.A.T. diet, bread…applesauce…rice…tea, is what I eat when I’m going through this sickness.

spicy foods, fried foods, foods high in fiber, some dairy, fruit and fruit juice can all increase acid in the stomach.

No medical advice here, just well wishes and hoping you find out the cause and get better soon.

My reaction time is about 1 hour (give or take – it always feels like an eternity from the pain..) from start to erm…finish, but I usually know within a few minutes if I have eaten something I shouldn’t. Hope you feel better!

I have no fever but my stomach has been hurting for two days. I was starting to think it was my appendix! Queasy, and a bit yucky. Maybe it is a weird virus.

With gluten it really varies for me – anywhere from within a half hour to feeling sick much later in the day. I’d suggest rice as a neutral food just to be safe. I am of course not a doctor, but a basic food allergy test and a doctor’s visit might really help! Some of my friends have also had good success with elimination diets and food journals.

For future reference, if your stomach is feeling that bad, I wouldn’t contibute to the problem by eating or tossing back fresh herbs. Stomach aches and nausea are the precursors to your body getting rid of poison one way or another, and you probably just caused more pressure on your stomach.

Sounds like you had a bug of some sort. It might have been the Kombucha, its naturally fermented and could have easily been contaminated.

Hi Rachel. Did you try the Slippery Elm? It was one of the samples I sent you. We have a number of customers who use it for IBS and Heartburn.

I have not tried it yet, but I’ve been meaning to. Thank you for reminding me. I think I’ll give it a try when I get home. I’ve been having this weird acid reflux-like thing lately too. LOL. There’s just way too much wrong with me :(

Well feel better. I hope the slippery elm can be of some help.

I hope so, too. How long does it usually take for these herbs to have an affect?

We haven’t gotten much feedback on this product but we sell quite a bit. I know from personal experience that because the infused liquid thickens it coats immediately and I found it very soothing pretty quickly. It’s not a long term cure but you should find it to help.

A review of Chamomile & Anise Tea by Badia Spices Inc.

I purchased this tea at a newly visited grocery store. It is one we had seen but not actually shopped in. I found their teas to be very inexpensive so I grab a few and put them in the grocery cart.

I steeped this tea for fives minutes with boiled water added into my cup with tea bag in it. The tea is a lovely yellow color and when steeped longer, the tea darkens to a yellow brown coloring. The aroma is that of the Anise with the chamomile lingering on. When I sip of the tea, I taste the anise which is very spicy. I want to say not unlike the taste of ginger since it has that zing to it and the chamomile is there to absorb, making it somber/smoother; to soften the peppery effect of the anise.

In all this tea is to help with digestion as it helps to relax the stomach. The tea has a fresh sweet taste of licorice and cloves with a mildly pungent finish…which I describe as having zest or good kick like when ginger is added in.

I would buy this tea again.

Exactly what it says on the box. There isn’t much in each bag, but that’s to be expected as it’s a very low-priced tea.