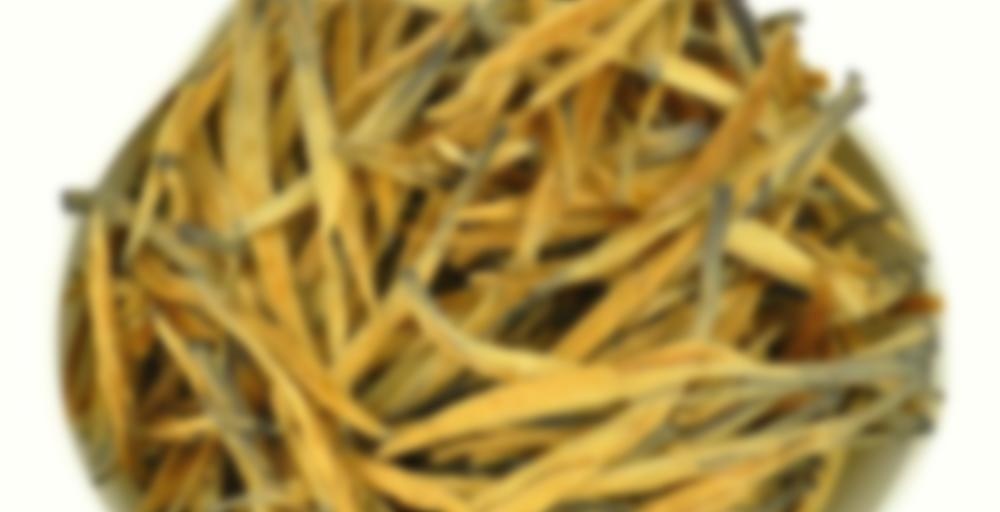 Feng Qing is a relatively new varietal first planted in the late 1990’s. It’s a hybrid of local Feng Qing Taliensis and Assamica. The leaves and buds are huge, and our pure bud pick is just large downy buds expertly processed with light level of oxidation to produce a clean tasting balanced tea with notes of malt and chocolate. Sweet and thick-bodied tea that is hard to over-brew.

If you are a fan of pure bud teas that have malt and chocolate sweetness then this tea might well be the one for you!

This was my next-to-last August sipdown. It was also a tea I expected to like a little more than I did. Understand that I’m not saying that I found it to be subpar in any way; I’m just such a huge fan of Feng Qing black teas that I expected this one to leave a greater impression. As it turned out, I found this to be a very good tea, but I also found it to be a little underpowered compared to some of the other Feng Qing offerings I have tried over the past couple of years.

Prior to the rinse, the dry buds emitted aromas of chocolate, malt, cream, cedar, and brown sugar. After the rinse, I picked up new aromas of roasted almond, raisin, and banana that were underscored by subtle smoke and eucalyptus scents. The first infusion introduced aromas of vanilla, butter, and baked bread. In the mouth, the tea liquor presented notes of malt, cream, raisin, and chocolate that were chased by roasted almond, butter, brown sugar, vanilla, honey, and cedar hints. The subsequent infusions coaxed out aromas of honey, camphor, maple syrup, marshmallow, roasted pecan, praline, earth, black pepper, and lemon zest as well as subtle scents of tomato. Much stronger and more immediately noticeable impressions of roasted almond, vanilla, butter, honey, brown sugar, and baked bread appeared in the mouth. I also picked up new impressions of maple syrup, praline, roasted pecan, pear, plum, banana, tomato, minerals, lemon zest, orange zest, earth, and marshmallow. There were even some subtle hints of cinnamon, black pepper, eucalyptus, smoke, and camphor that could be detected. As the tea faded, the liquor settled and emphasized notes of minerals, earth, baked bread, chocolate, lemon zest, orange zest, and roasted almond that were balanced by a melange of roasted pecan, marshmallow, vanilla, brown sugar, tomato, honey, butter, camphor, and eucalyptus hints.

This was a nice tea, one that struck me as being reserved and refined but also perhaps a bit stuffy. It had a ton to offer, but rather than laying everything out in a straightforward fashion, it made me work to get definite impressions out of it. It would definitely not be the sort of tea I would choose to consume on a regular basis, though I would most certainly be willing to try some of the productions from the more recent harvests because I’m still not certain I was able to get the best feel for what this tea had to offer.

Opened up a 50 gram package of this a couple weeks ago in the office – briefly noting my impressions before it disappears:

Prepared in my Jian Shui gaiwan, and served in my porcelain tea cup via my glass cha hai. Filtered Santa Monica municipal water just off the boil throughout.

The dry tea is unique – the finger length buds resemble golden-tipped, black-bottomed spines of some odd desert plant. The aroma from the bag offers a distinctive yam/grain scent.

A very forgiving tea – you don’t have to give much thought about tea weight, steep times, numbers of infusions, etc. That said, it remains flavorful for 8-10 infusions easily.

Starting with steeps around 15 seconds, the liquor is amber to metallic gold, with a sweet/earthy/grassy aroma hinting at plantain and lotus leaf. The flavor follows the nose but with increasing richness and a core malty sweetness (and perhaps a touch of cocoa in the finish).

Hints of alfalfa/hay and oats emerge over the session, reminding me of quality horse feed (not in a bad way!). Low bitterness throughout, very little astringency even if you over-steep.