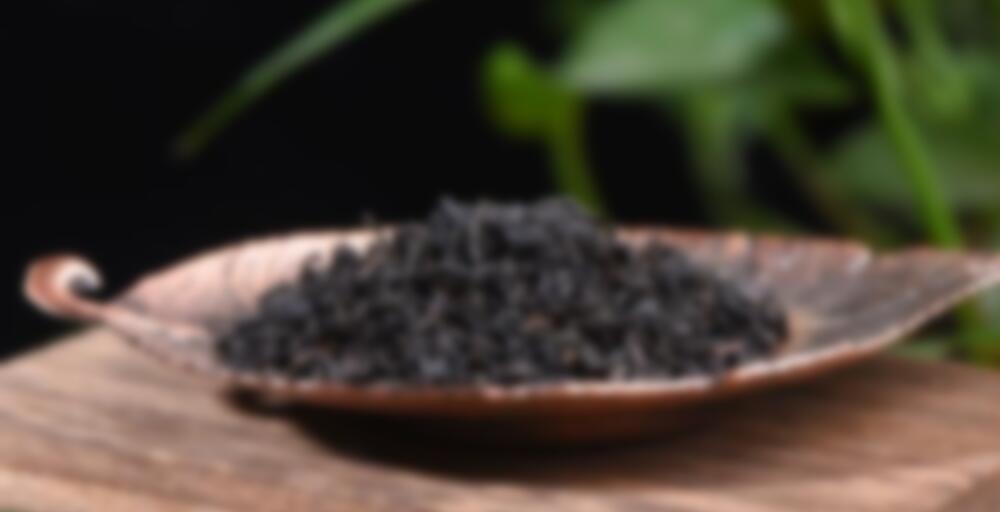 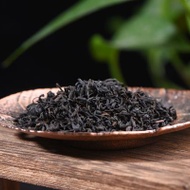 Laoshan village is near Qingdao in the province of Shandong at an altitude of just 300 meters. Laoshan village is also near a sacred mountain, and not far from the ocean. Tea has been grown in Laoshan area for many generations. We are offering this “Imperial Grade” Laoshan Black tea made from the tippiest first flush of spring 2017 tea leaves.

Our Laoshan teas are grown by the Liang family, who have a small family operation growing Laoshan tea and doing all the processing of the tea themselves as well. You will notice that the tea is grown undercover of greenhouse which are fully covered in the winter to protect from frost and also in the earliest part of spring as well just as the leaves are starting to sprout. In the middle and later part of the first flush growth stage the coverings are removed and the tea bushes grow in full view of the sun until plucking in the first week of April.

Laoshan black tea is small and tippy, it lacks white pekoe style hairs that give black teas their gold color. Instead Lao Shan black is grown from Long Jing #43 and the dry leaf is small, spindly and has a brown-black shiny look to it. The brewed leaf gradually unfolds and reveals it’s brown color. The brewed leaves have a vertical (parallel to the stem) striations as a result of the rolling they undergo. The tea soup is tending more towards gold in color with much less red than a typical black tea. The taste of Laoshan black tea is amazingly sweet with very obvious chocolate notes and the slightest hint of osmanthus. People often question whether sugar was added to the tea somehow, but it’s just naturally sweet and thick.

Laoshan Black is harvested from 1st (pre Ming) and 2nd flush material during the first week of May, and again in Autumn. The tea is picked, wilted briefly, fried (kill green), rolled and then allowed to wilt under the sun in cloth bags for 2 to 3 days (depending on ambient temperatures). After sun wilting is complete the tea is roasted in a kind of hot air tumbler (滚桶 ).

Our Classic grade, although not as small and fine as it’s Imperial counterpart it is more robust in taste and has more of a dark chocolate bite to it. It is very smooth with a golden yellow tea soup that is viscous and soupy. I recommend getting a little of each grade to start and then decide for yourself which you like best!

We feel confident you will enjoy family-sourced Laoshan teas and invite you to try them all!

Time of harvest: early May

It’s a refreshing tea that tastes like dark, savoury chocolate. It re-steeps well, and the liquor is very attractive – a beautiful pale amber colour.

Being familiar with Laoshan green teas, I finally decided to give a shot to a Laoshan black tea. The verdict is somewhat similar to my impression of the greens – the tea is complex, unique, and priced very well. However, that also means that I wouldn’t select it when just want a classic black tea.

Dry leaves exude an aromas of peach, raisins, plum, pine wood, and toasted bread. That is already intriguing, but the wet leaf smell is even more strange. It’s hard to pin down, but some associations I have written are: incense, dark chocolate, aluminium can, sea salt, meat, and canned peach.

The taste is bitter in a subtle rather than in-your-face way. It reminds me of walnut shells, lemon skin, cloves, burnt food, grapes, and sugar. There is also a light smokiness to it. Finally, the liquor mouthfeel is milky, viscous, and mouth-watering.

Wow! I’m apparently the outlier for this one. Almost everyone else who has reviewed this tea has enjoyed it, yet I think I am the only person to assign it a score of 90 or higher. I have been working my way through a pouch of this tea for the last two days and will probably finish it either tonight or tomorrow morning. While Yunnan Sourcing’s Laoshan black teas have not always wowed me, this one has, and I highly doubt my opinion of it will suddenly change. This tea really reminded me of why I fell in love with Laoshan black teas in the first place.

Prior to the rinse, the dry tea leaves emitted aromas of dark chocolate, malt, pine, and raisin. After the rinse, I noted the emergence of roasted peanut, smoke, and red grape aromas. The first infusion then introduced scents of honey and plum. Once in the mouth, the tea liquor presented notes of honey, pine, malt, smoke, and dark chocolate that were backed by hints of roasted peanut, cream, butter, and cinnamon. The subsequent infusions brought out aromas of molasses, orange, vanilla, and cinnamon. Stronger cream and butter notes appeared in the mouth alongside belatedly emerging impressions of raisin and red grape and a few scattered hints of plum. New notes of minerals, orange, toast, roasted walnut, and vanilla also appeared, as did hints of brown sugar, molasses, and roasted barley. By the end of the session, I could still pick up on impressions of minerals, cream, malt, dark chocolate, and vanilla that were underscored by hints of roasted walnut, butter, brown sugar, toast, raisin, and cinnamon.

In my opinion, this was a fantastic example of a Laoshan black tea. It also represented a leap forward in terms of quality from the Spring 2016 version I previously reviewed. This was a smoother, slightly more complex, fuller-bodied, and more consistent tea overall that also displayed slightly more resilience and longevity. This one was a winner, and at this point, I kind of wish I had purchased more since I am on the verge of finishing my pouch.

An interesting tea. The leaves are nicely curled and when steeped they are gradually opening up into large unbroken beautiful whole leaves. The aroma is very good and representative of Laoshan Blacks. The taste has dark chocolate, overbaked bread, sweet potatoes, flowers and honey.

First I tried steeping it for 10-15 secs (5g leaves in 90 g water) but , while exquisite, that taste was clearly not enough. This tea benefits from longer steeps of about 30 secs. Both the fragrance and the taste are pleasantly complex. The tea lasted for 5 steeps and the last two were markedly sweeter.

In short, this is the tea worth playing around with on the leaf/water ratio and the length of infusions; it would give something different under different conditions. The only letdown is the pale liquor: I like more intense colors in my cup.

This is a nice tea that provides a fairly unique experience at a great price. I also have a little something extra for this tea – a comparison of cups: clay (jianshui) vs. porcelain (celadon).

First, the tea. It is definitely a great candidate to showcase chocolately notes in a black tea, if you’ve never experienced that before. Lots of cocoa, dark chocolate, and fruit-flavored chocolate notes. It also has strong nut/peanut notes.

One unique aspect of the tea is an interesting finish that reminded me a bit of green oolongs, even high-mountain oolongs. It finished like many black teas, with some blackberry coulee/syrup notes and some nuttiness, but underneath that I kept finding coconut, creaminess, and some light citrus sweetness. Really interesting if you’re paying attention.

Now, the cups. The jianshui clay definitely tamed some of the light bitterness that came up with the nutty notes. It also added substantial minerality to the whole experience (of course). Overall, the mouthfeel felt slightly more substantial, and the experience was smoother. Much closer to a Wu Yi oolong experience.

The porcelain was more dynamic in the mouth, albeit with a slightly thinner mouthfeel. The fruitiness was stronger in the finish, and the nuttiness was more prominent in the arrival.
*
Dry leaf – dark chocolate, cocoa powder, roasted peanuts, tangy fruit – blackberry coulee. In preheated vessel – strong rich nuttiness and fruit flavors.

Taste – roasted peanuts, fruit flavored chocolate (raspberry); finish is syrupy sweet and fruity – blackberry coulee, coconut, some hints of mandarin orange/citrus. After a while, the flavor has some of the barley-sugar notes you get from an unpeated Scotch.

Bored now…so comparing my LB’s to see which i prefer haha.

This year’s harvest is a little more earthy than 2016. There’s still cocoa notes to be had and it’s got that LB vibe going on. I’ll have to play with this one a little more…it leaves an after taste in my mouth like the tea doesn’t want to be swallowed. Enjoyable for sure, but i think i preferred 2016 version better. Just wish there was an autumn harvest.

Today, I’m comparing the classic and imperial versions of this tea. Yunnan Sourcing doesn’t give any brewing instructions and Verdant’s three-second steeps seem way too short, so I started at 15 seconds.

The aroma in the bag is dark chocolate, toasted grain, and char. The chocolate seems milkier in the first couple steeps, with a nice sweet aftertaste. I was also surprised by how smoky this tea was. Since the body was thin, I upped the third steep to 20 seconds, which, though it did nothing for the body, intensified the chocolate. I coaxed six additional steeps out of this before it lost its flavour, the last two of which had caramel notes that I liked.

I’ll have no problem finishing this tea, especially as it’s almost fall, but I think there are probably better Laoshan blacks out there.

This is a really good tea with a strong taste of dark chocolate with notes of figs and ash. The leaves are quite dark but the tea brews up in an amber liquor. I am making a note here to get more of this when I run out.

not quite as lingering as the Imperial Laoshan