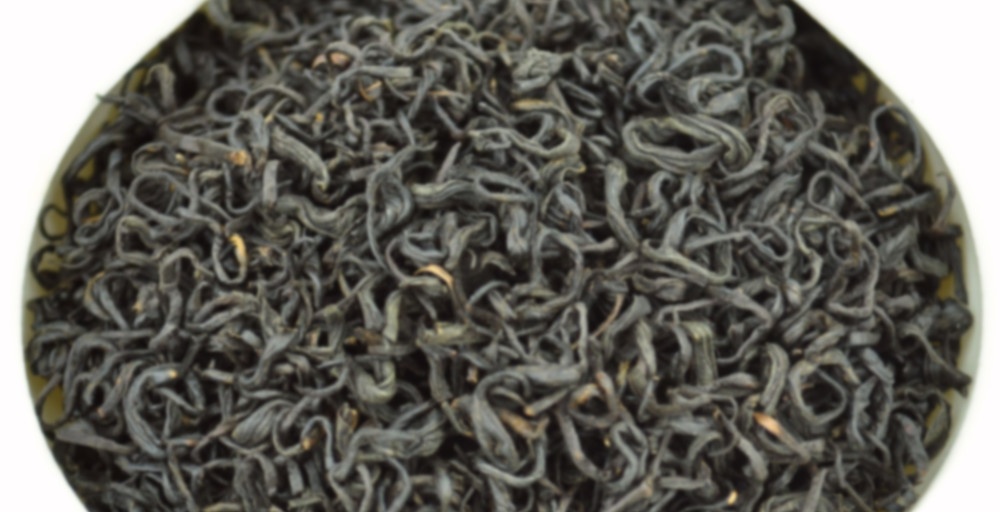 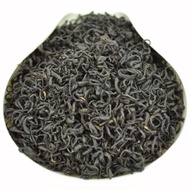 Laoshan village is near Qingdao in the province of Shandong at an altitude of just 300 meters. Laoshan village is also near a sacred mountain, and not far from the ocean. Tea has been grown in Laoshan area for many generations. We are offering this “Imperial Grade” Laoshan Black tea made from the tippiest first flush of spring 2017 tea leaves.

Our Laoshan teas are grown by the Liang family, who have a small family operation growing Laoshan tea and doing all the processing of the tea themselves as well. You will notice that the tea is grown undercover of greenhouse which are fully covered in the winter to protect from frost and also in the earliest part of spring as well just as the leaves are starting to sprout. In the middle and later part of the first flush growth stage the coverings are removed and the tea bushes grow in full view of the sun until plucking in the first week of April.

Laoshan black tea is small and tippy, it lacks white pekoe style hairs that give black teas their gold color. Instead Lao Shan black is grown from Long Jing #43 and the dry leaf is small, spindly and has a brown-black shiny look to it. The brewed leaf gradually unfolds and reveals its brown color. The brewed leaves have a vertical (parallel to the stem) striations as a result of the rolling they undergo. The tea soup is tending more towards gold in color with much less red than a typical black tea. The taste of Laoshan black tea is amazingly sweet with very obvious chocolate notes and the slightest hint of osmanthus. People often question whether sugar was added to the tea somehow, but it’s just naturally sweet and thick.

Laoshan Black is harvested from 1st (pre Ming) and 2nd flush material during the first week of May, and again in Autumn. The tea is picked, wilted briefly, fried (kill green), rolled and then allowed to wilt under the sun in cloth bags for 2 to 3 days (depending on ambient temperatures). After sun wilting is complete the tea is roasted in a kind of hot air tumbler (滚桶).

Our Imperial Grade Laoshan Black is the highest grade black tea from Laoshan normally available and is picked and processed from the finest first flush tippy material picked during the first week of April. The taste is sweet and voluminous with notes of cane sugar, chocolate and baked yams. The Classic Laoshan Black we offer is also excellent with a more robust taste and a little more of the dark chocolate bite to it. I recommend getting a little of each grade to start and then decide for yourself which you like best!

We feel confident you will enjoy family-sourced Laoshan teas and invite you to try them all!

This was one of my most recent sipdowns. I took some time focus on finishing off the remainder of the spring 2017 Laoshan teas I purchased from Yunnan Sourcing, and this was the last one I finished. In a lot of ways, it was the least memorable and satisfying of the bunch and the most difficult to get consistent results out of while brewing.

Prior to the rinse, the dry tea leaves produced aromas of baked bread, dark chocolate, pine, sweet potato, black cherry, and cinnamon. After the rinse, I noted the emergence of a malty aroma as well as a stronger baked bread scent and some very, very faint honey undertones. The first infusion did not see the tea’s bouquet change all that much. Aside from the emergence of a faint sugarcane scent, there was nothing different about it. In the mouth, the tea liquor presented notes of dark chocolate, pine, sweet potato, sugarcane, and cream that were accented by hints of roasted almond, baked bread, and cinnamon. The subsequent infusions revealed aromas of roasted almond, cream, butter, and caramel. Black cherry and subtle malt and honey notes came out in the mouth. Stronger and more immediate baked bread, cinnamon, and roasted almond notes also appeared alongside new notes of minerals, butter, orange, and caramel. I also noted hints of ginger, smoke, raisin, and lemon zest in a number of places. By the end of the session, the tea liquor was mostly offering washed out notes of minerals, dark chocolate, cream, baked bread, and malt that were chased by almost ghostly hints of sugarcane, raisin, pine, and lemon zest.

Compared to Yunnan Sourcing’s Classic Laoshan Black Tea of Shandong * Spring 2017, this was a much subtler and more restrained offering with something of an elegance that is hard for me to accurately describe. Unfortunately, it was also a less complex and flavorful offering, and it was not nearly as much fun to drink. I can appreciate sophistication, but I will also take a memorable and satisfying lower grade tea with stronger and more consistent aromas and flavors over a quality higher end tea with a bit of a stuffy, uptight, fussy feel to it any day of the week. All of that being said, I did still greatly appreciate this tea, but just to be clear, there are Laoshan black teas out there that are easier to get consistently likable results out of and more accessible. Seek those out before you spring for a tea like this one.

This tea smells like rich, fruity dark chocolate. Unfortunately, the fruit doesn’t make it into the first 15-second steep, but the chocolate definitely does, although like the classic version, it doesn’t seem as dark. There’s also toasted rice, a slight smokiness, and a hint of bitterness on the aftertaste. It’s kind of like drinking especially high-quality hot chocolate.

In subsequent steeps, the flavours are more defined and the chocolate is somewhat stronger. The toasted rice morphs into dark rye bread by the third infusion. This tea keeps getting sweeter and more chocolate-y until it peters out at about steep ten.

This is definitely a cut above the classic Laoshan black and is worth the extra money. Will buy again.