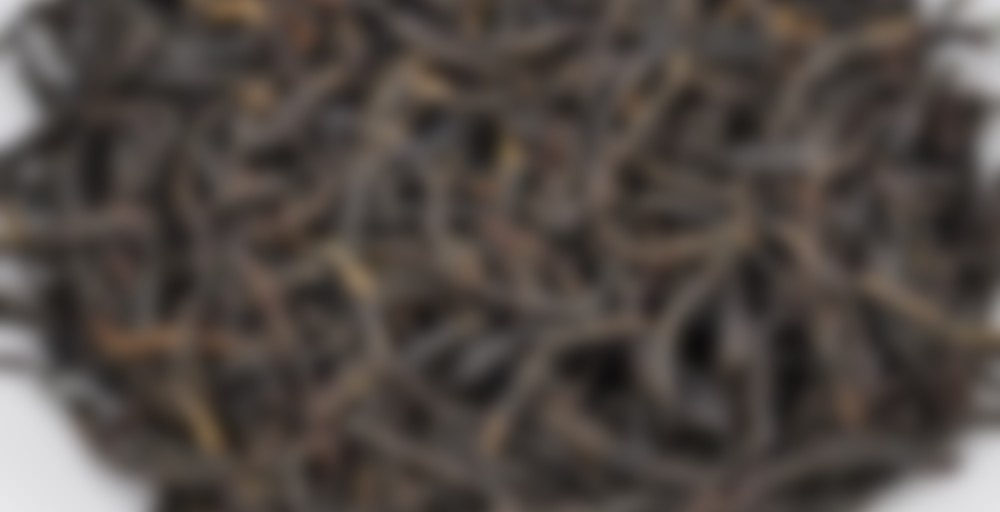 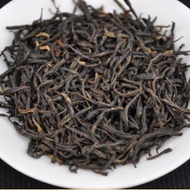 Bai Lin (lit. White Forest) Gong Fu black tea is made from Fuding Bai Hao "White Pekoe" varietal tea leaves. Our Imperial grade is a tippy grade, meaning only the smallest tips and leaf budlets are picked. This picking has to be done in few short days in spring to obtain the tenderest of shoots.

Dry leaf smells really fruity, like tart cherries. The wet leaf and liquor smell divine, like sweet young woodsy incense (I’m not describing this well). Delicious, delicate flavour but slightly green. I think I should let it age, to mellow and sweeten more.

This tea as of Apr 2018 does NOT go well with even a splash of milk; milk totally overwhelms the subtle flavour. The Classic Bai Lin Gong Fu 2015 (my rating: 90) went well with milk, so I’ll rate this an 87.

This, btw, is the Spring 2016 harvest I am talking about. I hesitate to make yet another heading though maybe I should.

I very much enjoy this. caveat—> If I do not drink it around the same time as the Classic version.

The Imperial Grade adds that astringent catch in the back of the throat that the Classic version does not have.

I steep both at a lower temperature to maximize the chocolatey malt deliciousness.

This is from the autumn 2014 harvest, meaning that it’s been in my cupboard for almost three years. (Time to sip down some old teas!) To be honest, I know why it’s been there so long—there’s always a more interesting option around.

This tea is a superior version of something you might find in a regular tea bag. It has a smooth, slightly sweet taste with just the right amount of astringency. It isn’t bad by any means; it’s just kind of one dimensional. I’ve had many other great blacks from Yunnan Sourcing that I’d restock before this one.

Another tea from Terri i decided to have this one with another from the same area. I find more and more that the imperial grades from YS are often not for me. this has a bit of malt, but it’s got a thin brew taste to it. There’s a bit of sweetness here and some tannins. Overall, a decent cup, but not my favourite.

One of my favourite Black (red) Teas. Rich, robust, malty and cocoa. The dry leaves have a fabulous hazelnut aroma. Quite a contrast to the supersmooth caramel of Canton Tea Co’s version.
Brewed western I use a heaped tablespoon and 2min steep, 2-3min on 2nd steep, maybe stretching to a long 3rd. I’ve steeped at 80deg C with good results.

Nice sweet, fruity flavor with some tannins that seem to more contribute than detract. Probably will be better in a week or so. Next time I think I’ll use more tea.

I finally decided to pull this out. I tore open the package and took in a wonderful aroma. These leaves are very fragrant with notes of dark chocolate with some red fruit scent (or red grapes). I warmed my teapot up and packed these in. The leaf scent expands to a nice malt, warm dark chocolate, and some oak tones. I washed the leaves once and prepared for brewing. The flavor begins as slightly astringent yet still smooth. I picked up some nice baked bread, caramel, and burnt sugar flavors. The brew has a nice full body and warm curbed flavors. The brew grows with some astringency and wood tones by the third steeping. After, the brew falters down a notch to more sweeter tones with some light malt. I was able to get a decent amount of steeping sessions out this brew, and I enjoyed it. Although, this brew is a little too woody and astringent for my tastes.

I found this one best when I used a bit less leaf that normal. It runs out sooner but it helped with the astringency. This one grew on me. Great pics!

I this tea I get some different notes, malt first, followed by chocolate with hints of baked bread. This tea seems to improve as it cools a little. I only steeped this western style this morning having no time for a gongfu session. Overall I like this tea. I will eventually try it gongfu but I rarely get around to brewing black tea gongfu.

I steeped this tea one time in a 16oz Teavana Glass Perfect Tea Maker/Gravity Steeper with 3 tsp leaf and boiling water for 3 min.

I’ve been drinking this at work for the last couple of days – 2015 harvest.
I love it, steeped western, over leafed, long steeps – and it’s deep dark smooth bitter chocolate. Fantastic, everything I like about this style of black tea.

The hot weather has finally hit the UK in full force as we experience a heat wave. It’s times like this that I tend to crave green tea and Oolong in general but lately I’ve found myself craving some black tea. That’s when I remembered about my sample of this from March – Yunnan Sourcing – Premium Club. I know what you’re thinking, “But Kitty, that was months ago!”. And yes it was, but if I’m honest I just haven’t been in the mood for black tea. I have had some in that time to try and de stash but I’m sure most of you understand what it’s like, you fall in love with one tea and similar types and before you know it your fancy has changed and you end up pushing the pre loved tea towards the back of the cupboard. So after such a long wait I am looking forward to finally trying this.

Once the tea leaves are free from their silver packet I can note some gold tips among a dark brown base tone. The leaves are rather thinly rolled and average roughly 4mm in length. A nice mixture of size to be frank, some small and some large but most being similar and meeting in the middle. This deep, Autumn feeling tea has a dry and wooden scent with a touch of sweet malt and cocoa.

Flavour is dry and sweet with wood, malt, date, brown sugar and soft leather notes. Wonderful combination of flavours there and each bowl offers more and more. They blend in very well and linger in the after taste. The only downside is the dryness which is rather thick in my opinion, especially for a first steep.

A little stronger but still well balanced in terms of flavours, most of which remain for the second steep. The notable characteristics of this steep being: The malt is thick but seems to have smoothed out slightly and is less sweet, the dryness in the after taste has also dissipated a lot and on the whole it tastes better balanced compared to the first steep. Meaning that this steep the flavours are less surprising and less temperamental. That makes this my favourite steep from the two so far. Also the after taste is very much date and prune like, it’s delicious!

Flavour is also softer in this steep, which cuts out a few of the previous notes. Dominance being embraced by the malt and wood tones in particular. Also the date flavour is still present but rather soft at this point. The after taste no longer lingers as such which has been replaced by some sourness. Only a touch of sourness though, nothing drastic and not enough to claim it is bitter.

An increase in sourness and decrease in strength (as I was predicting). Though despite that the dryness is not as bad in this steep and it still has a nice malt and wood finish. Still enough flavour to be pleasing and on the whole remains fairly smooth for the most part. I would also say that with the sourness it reminds me of light tobacco notes rather than leather.

Note – I honestly thought it would end on steep four but I felt there was enough flavour left for this steep ie steep five. A pleasant surprise :)

Yes, this is my final steep but it was worth having that one extra. Albeit soft and light, there is some sweet malt tones that remain with a mild sour finish and a touch of dryness in the after taste. I feel that completed my drinking experience perfectly.

This black tea had a wonderful burst of flavours at the beginning and it slowly began to soften. With the main flavours throughout being: Wood, Sweet malt and date; this made for a delicious and rather special black tea. I have tried a few sources for Bai Lin Gong Fu and I believe this is my favourite so far. Reason being that it had the wide array of beautiful notes that for the most part remained consistent and pleasing, plus I found the strength was about right for my personal liking. Not to mention that this actually went very well with the heat wave thanks to the fruit tones.

Now I regret keeping it in my possession for so long without trying it sooner! I suppose all it means is that for right here, right now this is ‘my kinda cuppa’.