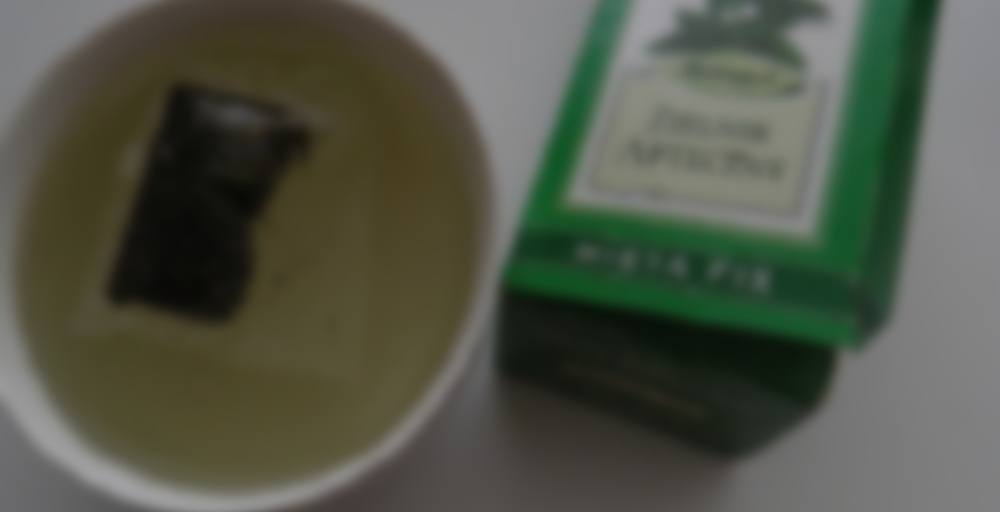 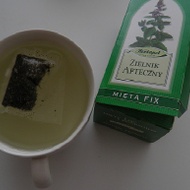 Basic, nice mint tea which I got from a Polish friend. The smell is mild but still very fresh and minty, and the taste is what it promises: honest, fresh mint. The aftertaste resembles very clean feeling in mouth, almost medicine-like, and my friend told me that this tea type is actually used as a medical herb in Poland, hence the word Apteczny in the product name. May explain the reason why this one gets drank a lot during flu season in this household. Still not sure if it does affect my stomach as mint is said to, though. I just might end up being very healthy without knowing. Sneaky Polish.

And this type actually works really well as an ice tea also, the taste turns more sharp but it still maintains its’ whole character instead of turning into very narrow dominance of the mint taste itself. Although the first gulp is a bit overwhelming when it’s straight from the fridge, it’s always fun to feel like having suddenly three or four nostrils instead of two. So unless you feel up for exploring the possibility of being able to smell half of the neighborhood after one sip it’s best to let it have a minute to be outside the fridge. Depending of course how strong you’ve made it, one tea bag is good for one cup but for a pot I usually go with two and let them steep longer.

The feeling after drinking it cold feels similar to drinking very, very cold and fresh water or the fresh birch sap when it’s straight from the tree. Sadly the aftertaste in both hot and cold versions is a little too short, it leaves craving for more so normally one cup gets finished rather quickly. The good thing though is that one tea bag can be used even up to three times before it starts losing its’ flavour. Every new brew is a bit different, usually softer than the previous one, but the main characteristics remain altogether.

Very clean and fresh, all in all a nice new encounter with basic, honest mint.

And my friend still wants me to try out their mint as its’ actual plant version, which she didn’t dare to bring through their customs because of the way it was packed resembled a little too much some other..herbs..there are out in the world. We’ll see what will happen.