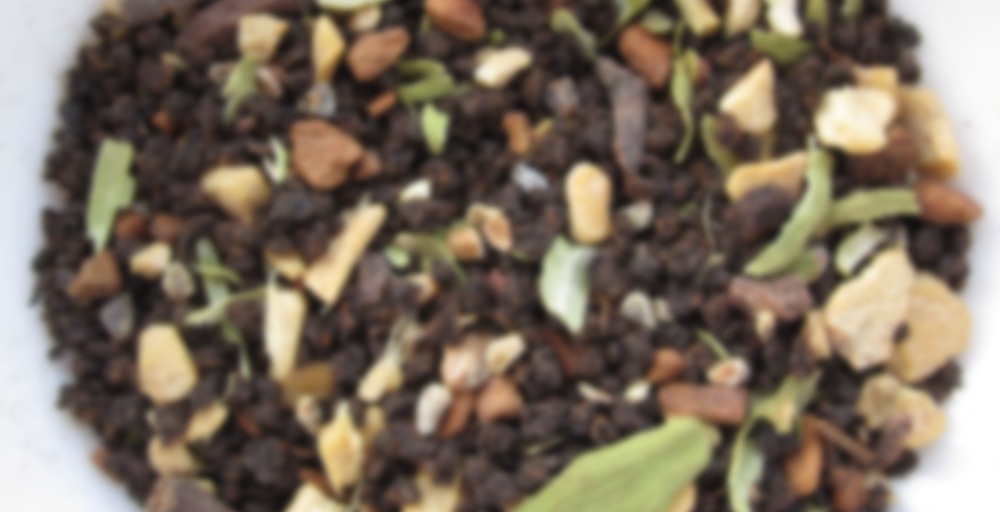 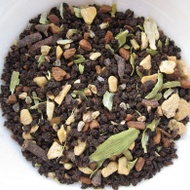 by Yogic Chai
79
You

- Cinnamon: This warming spice is traditionally used in cold formulas as an expectorant and diaphoretic.* Due to its warming property, cinnamon is known to promotes digestion.*

I really need to stop ever buying other chais. Even the 52teas ones (as tempting as they sound). None ever measure up to this.

It is always perfectly spiced, strong, and never astringent. Doesn’t really matter how I prepare it, what amount of leaf I use, whatever. It turns out balanced and smooth each time.

really…hmmm i’ll have to try this one out sometime.

mmm. I love chai and I have been very tempted by yogic chai!

I love them in my chai! I grab a few and toss them in my cup before pouring the brewed tea into the cup, and let them melt… they add a little bit of sweetness and creaminess to the cup … YUM.

So, at least my first cup of the day is a yummy one.

Your evening marshmallow experience sounds much tastier than mine! Will try them in chai soon.

I found some pumpkin ones, and next I’m trying the chocolate ones. Can’t resist!

Gingerbread? Pumpkin? [swoon] I need these exotic marshmallow flavours in my life!

Yesterday, my friends and I gathered for a holiday party/movie night. I made dumplings and this chai tea! I used about 3.5 tablespoons and about 4 cups of water and heated it over the stove. After 10-15 minutes, I added about 2-3 cups of lactose-free milk and reduced it to a simmer. I also put a tablespoon of brown sugar to the mix. It was DELICIOUS! I was happy that everyone loved it and even got seconds. :) It was a perfect amount of spices. I was worried that it might have needed more milk, but it was fine.

This blend is so convenient, especially for those times when I don’t have enough time to crush my own spices, like yesterday. :)

Yogic makes an excellent chai. I love that cardamom is the dominant flavor. It’s definitely a top spice for me. I love it in cookies and rice pudding and now chai :)

Catching up on Tivo tonight. I think Captain Hook is a nice addition to the Once Upon a Time cast. He’s beautiful. Also crazy excited to see Ethan Embry will be on the show :) Love that guy!

Finally got around to trying this chai TastyBrew sent me a LONG time ago! Thank you! I did the stovetop method, as recommended. This was the first time I’ve ever steeped chai on the stovetop, and it was pretty awesome! I used soymilk/water (mostly soymilk) and a little brown sugar. It made my kitchen smell like I just baked something in the oven! It also tasted like a baked good, and was deliciously creamy! Now I think I’ll have to try this method with other chai’s. So delicious! I’m definitely going to try this out with the pumpkin chai I plan to pick up from DavidsTea next week. Can’t wait!

I feel a bit bad for saying this since this is an award winning tea and a lot of people seem to love it, but I’m rather underwhelmed by this chai. For a company that specializes in chai I’d expect something a bit more edgy and a bit more flavourful. This isn’t bad mind you, but it comes across as a bit bland and ordinary. I thought Tea Desire’s Masala chai was better.

I made this with vanilla almond milk and agave nectar and it is very good. The spices are balanced and it’s solid without being heavy. Very yummy.

Dear Rumpus Parable, we are very concern by the rating you have given to our Original Masala Chai. Reading your review seems you were very happy with it, yet you gave a 52. Having a 52 really affects our overall rating for this blend. We would love it if you would reconsider your rating. If you feel it deserves a 52, then by no means we would want you to change it. It is your review and we repect that.

Fantastic masala chai. The flavors were very clean and precise. My 93 year old mother enjoyed it, my wife enjoyed it, and I enjoyed it as well. I prepared it per instructions on their website (added the tea to boiling water, steeped 2 minutes, added about 1/4 milk, and some sweetener) and voila, wonderful and enjoyable tea. Delicious, delightful, and I ordered more.

The chai is good, but a little heavy on the cardamom.

Customer service is horrible. my order took over a week to ship. After waiting a week, I tried leaving a message on their phone, email, and facebook to reach them. It took them two days to respond. The told me they’d rather I didn’t order anything else from them. I was not nasty in any off my correspondence, I just wanted to know the status of my order. They had charged my credit card over a week earlier and I had not heard anything from them. They seem to think the consumer owes them something.

This is my favorite Masala chai blend. It’s a well balanced with a mix of traditional whole spices. They use curled assam, the same tea used in authentic Masala chai, which really gives it a nice full depth to the flavor. Most American Masala chai suffers from a lack of cardamom, but this blend has just the right amount. An excellent well rounded blend that you can add to if you prefer.