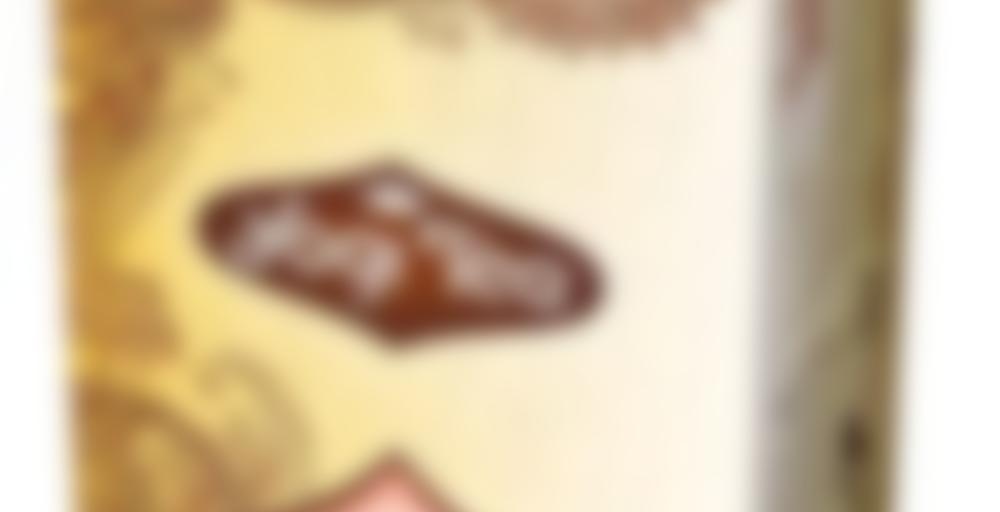 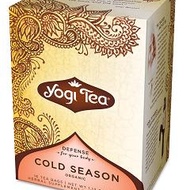 Yogi Tea Cold Season tea is a soothing organic herbal tea that is specially formulated for use during the cold-weather season. This warming formula includes Organic Ginger, Organic Cardamom, Organic Clove, and Indonesian Organic Cinnamon, all of which are regarded by practitioners of Ayurvedic medicine as “heating” herbs, commonly used to support nasal and bronchial function.

Obviously I am not drinking this for taste. It takes serious desperation for me to drink a tea like this because let’s just say the aftertaste alone…it makes me feel like I knocked over all my spices and decided to clean them up with my tongue.

It smells terrible. It tastes terrible. But even if it’s just a placebo effect at some point today, it’d be cool to be able to breathe out my nose continuously.

Maybe I won’t even need this since it’s going to rain 3" over the next few days. DROWN WEED POLLEN, DROWN!

Get well soon! But yeah, I find their teas are hit and miss.

I can breathe now, but it took a chocolate chip cookie to get any sense of taste back hahaha.

Thanks, Jackie T, for sending me a variety of individual yogi tea bags! I was curious about them and this beats buying whole boxes of tea bags any day. Some of them weren’t bad either, although this one.. I think the level of of spices and ginger assume that you’re pretty plugged up already if you’re drinking this. It can be sharp and zingy, but it has its niche.

Licorice, peppermint, and eucalyptus really stick out to me here, with the ginger and spices creeping in at the end. There is a fresh-sweet aftertaste. This gets huge points for being refreshing.

yogi is a great brand… my fave is their egyptian licorice.

I was pleasantly surprised by this brand. Even though I typically have a strong dislike for licorice, I enjoyed it a lot when it popped up in the yogi blends.

I’ve been eyeing the licorice flavor in the grocery stores. I like their peppermint teas

Sample provided by a co-worker. Tastes like somebody just indiscriminately dumped in the contents of a spice cabinet with a heavy licorice sticky-tongue feeling that overrides all of it. Will sip dutifully (for the health benefit) but rather reluctantly.

OK, I couldn’t even sip dutifully. Pwagggh. I’ll just take an echinacea when I get home.

Based on the ingredient list you’d think this would be a Chai tea. From what I can smell (with this cold) it almost smells like a Chai too, but for one little addition…ginger. Ginger, as I have learned in my own tea trials and errors is a tricky thing to work with. BUT it seems to be working as I try to smell this tea.

The taste is pretty good and pretty balanced so no one flavor takes over the other. I actually like this one a whole lot more vs. the throat tea I tried yesterday. Hopefully it helps kick this cold outta here!

Boiling 7 min, 0 sec
Yours I Like This
7 likes
1 comments
Edit

Ugh, cough sneeze I hate having a cold. But this tea really does help. I’m on my second bag of the day, and it mostly tastes of ginger and pepper and a hint of basil and oregano. (Don’t worry, the latter two are muted and don’t taste unpleasant.) Though this has the ubiquitous Yogi Teas licorice in it, the flavor is actually rather dormant.

I am such a fan of Yogi Teas and Traditional Medicinals to help cure what ails me. I use this one for allergies too, as it’s for overall respiratory health, and to help keep my sinus infections at bay.

I’m not sure why this one is being panned in reviews. For a bagged tea, it’s not too bad. From the looks of it, it’s using more fannings than anything else, but that could just be due to the spices. Mostly, when you drink this, you taste the ginger, which might be what so many object to. It’s more of a complicated taste, as there are a lot of different herbs being used, which also might irritate some, who might be wanting a less demanding tea. The aftertaste is also very much clove, which, as I stated, the overall taste being ginger, might also play some havoc on people’s tastebuds. All in all, not a bad tea, for those looking for an herbal remedy tea.

Luckily, it has a nice licorice aftertaste and a good cinnamony zing, otherwise I wouldn’t be able to drink it day in and day out.

Obviously, I generally drink this when sick. To be honest, I actually really like the flavors. I feel like the herbs work well together. Though I’m not sure that they work but I’ll pretend it does.

Boiling 7 min, 0 sec
Yours I Like This
2 likes
0 comments
Edit

I really don’t like drinking “health” teas specially ones for when you’re sick with a cold or with the flu. I really don’t like the tastes of this, and it felt like a mix of a whole bunch of things that doesn’t go well together. It did made me feel a bit better health wise with my cold, but it sure wasn’t a tasty tea at all. It was rather yucky!

Very useful when your bunged up with a cold or the flu, helps ease the sinuses and sniffles.

I had no taste abilities when needing it, so can’t honestly comment on how you may find it, but it is fit for purpose!