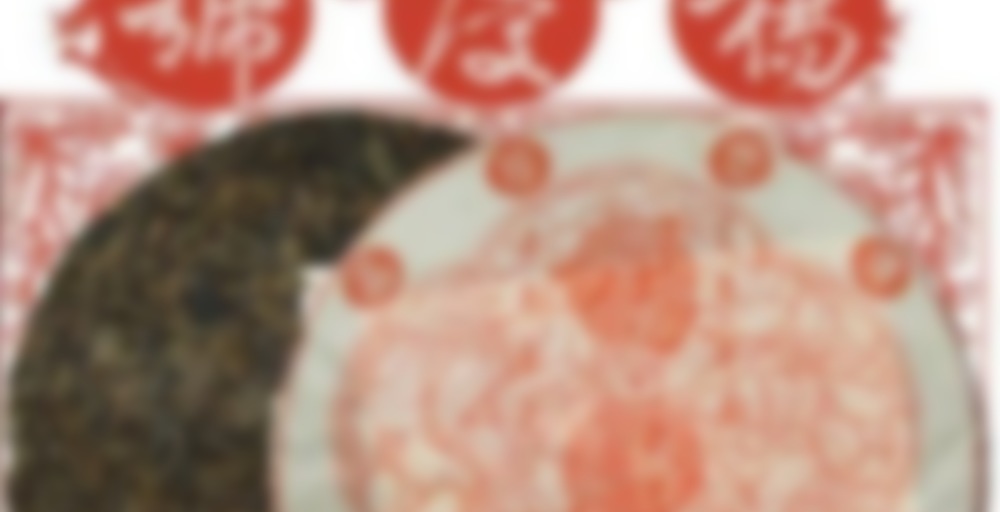 Houde used to sell a 500g version as the Special Reserve. GFZ material. The 500g cakes were a test run, only a limited amount was produced in 500g, and not offered for sale in the market only distributed for testing material. The 400g version was pressed for sale and was sold by Origin Tea in 2013/2014. Unlike the Dingji and Teji there is no blue stamp.

Deep forests, happily not too dank. A trace of chocolate for the first couple steeps, too. Huigan is fairly mild, but ohhhh I’ve felt dreamy since the second steep or so. Not much of a flavor journey here, but I’m finding the qi strong so who cares – it’s just floaty dreamy forests forever.

Light flavours, with some mint cool feeling in the mouth and some “aged” taste. A fruity reminiscence, but really light. Liquor is clean and not very thick. Maybe I’d have used more leaf, but wanted to split the sample in two sessions. 98ºC/10 sec and increasing till 30s.
I had a feeling that was going to be one of those teas that hits you hard when on the third steep, with some feeling in my sinus, but that sensation disappeared from next steep.

At this point I’m trying to get aquaintance with aged sheng, so my opinion might vary with time.

I just experienced Menthol in sheng for the first time a couple days ago, however it was only in the smell. Is the menthol a taste or smell or both for this one?

It’s more of a cooling feeling in mouth and throat. I can smell it in the wet leaf and feel it in the aftertaste.

Yes! Exactly what I was thinking. For my sample the menthol scent for an 18 year old sheng was unexpected to say the least. Thanks!

I decided to start out the 2018 Sheng Olympiad with this one. On the balance, I found it fairly similar to the 2004 YQH Tejipin (of which I own a cake), albeit with less smoke, somewhat weaker qi, and a pronounced cooling note in the finish that occasionally made its way into the top taste on a few steeps. There was a bit of sourness in this tea, but nothing oppressive. Overall, an excellent tea, and a strong start to the series. If only it weren’t sold out basically everywhere.