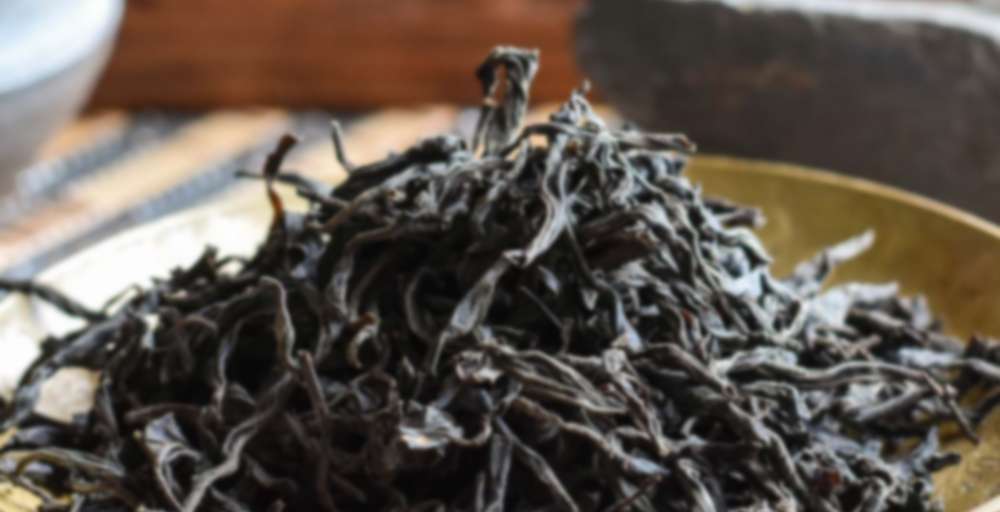 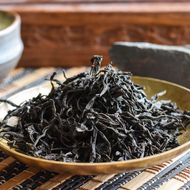 by Verdant Tea
76
You

Wild Tongmu Zheng Shan Xiao Zhong is picked one young leaf at a time, entirely by hand, and entirely by native residents living Tongmu. The tea plants are wildly propagated by seed and left untended. This natural selection creates genetic variation and diversity between each standalone tea bush. Each bush grows between one and three meters high, out of cracks in the volcanic rock of the Tongmu mountains

The Li Family finished this wild-picked Zheng Shan Xiao Zhong is traditionally, but leaves it unsmoked. The smokeless finish emphasizes the sweet and fruity nature of the twisted young leaves, with a beautiful mineral texture with a hint of moss and spicy wood that is unique to their beautiful unmanaged slopes in Tongmu

I thought I’d love this sample, but I didn’t. It was fruity and creamy, but very, very jammy and salty. It has the wuyi minerals, but it was also very raisiny…and a little astringent. It might have been how I brewed it. It was sweet how I like it, but again, the dryness bugged me even at 20 seconds and 8 oz with 5 grams.

I hate that I am doing this tea a disservice, but it was way too raisin like for me and there are other Tong Mu teas that I would recommend.

Larger leaves, so no need for a wash in my opinion :D

For the first steep, spent about 3s. Unlike the smoked version of this, this one’s actually is fruity. It does have apricot notes. Like the smoked, this one does have a creamy flavour (but not as pronounced). It also has that traditional chinese black tea taste in the background (unfortuantely, I don’t know exactly how to label that particular taste).

Second steep adds a relatively strong wood flavour, on par with the apricot. Currently this tea tastes very much like a more mellow, creamy version of the Big Red Robe by Li Xiangxi, the same group that provides this tea.

On the fourth steep now, and no change in flavour from the first steep. It’s consistent.

6th steep and the same, only the flavour’s just barely starting to lessen.

I guess this tea can be steeped around 10 times before it fully loses flavour, so it has some nice endurance.

As for the final verdict? This tastes like a lesser version of Big Red Robe by the same group. It might need higher temperatures and/or longer steeping time with more leaves, so I’ll have to check later. But for now, it’s an alright tea. I would recommend the ‘smoked’ version of this one however.