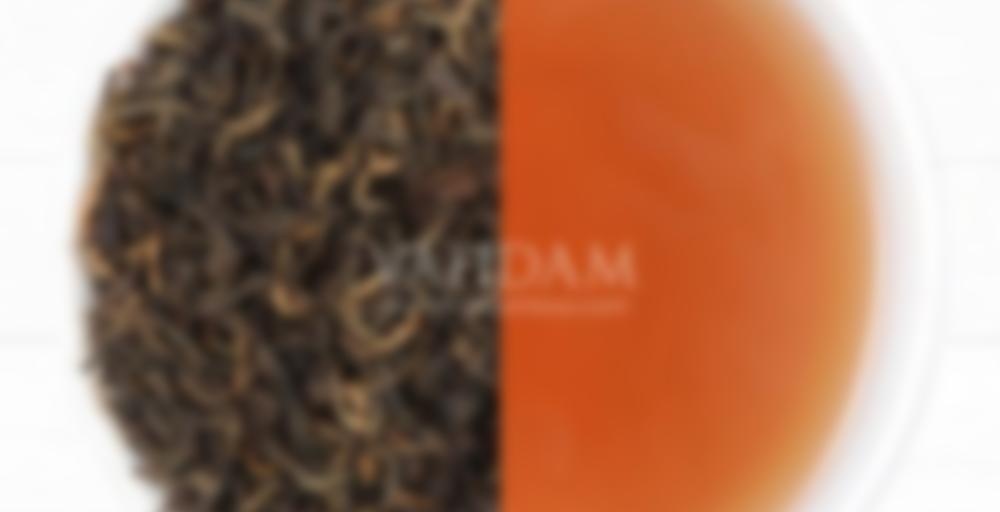 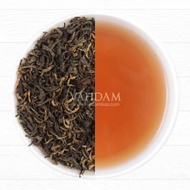 by Vahdam Teas
76
You

A full-bodied, exquisite flavored black tea from the foothills of the Himalayan peaks. The dry leaf offers a visual extravagant combination of well rolled tea leaves with beautiful tips & an aromatic perfume. The flavour offers a distinct taste of sweet wood & a hint of honey. The finish is long & bold. An excellent natural tea to kickstart your day. Read Less.

For a couple of days I had been thinking about making a mojito type drink with tea. Since I figured other flavours might stand out more, I decided to go with a plain black tea I was pretty meh about trying. This was that tea and I made it over ice with mint leaves and lime juice. I then topped that all with some pineapple sparkling water. After a taste, I realized I was a bit heavy handed with the lime juice so I opted to add a splash of vanilla syrup to offset the tart citrus. That actually rounded out the flavour perfectly making this bright, sweet and super refreshing. The tea provided a solid foundation for the other flavours to thrive. I’d have it like this again but also I should probably try it plain once.

For the price point I was disappointed. The tea is just ok. Nothing wrong but nothing great. On lighter, subdued side. Not bold. No bitterness. Smooth for what flavor there is. Mildly fragrant. Floral hints.

Surprisingly smooth breakfast tea. Not strong at all. It has a very faint malty taste, but not too much. A very nice breakfast tea for day-to-day use. It is however a shame that the leaves nor the tea seem to have an aromatic smell.

A sample from the Black Tea Sampler I purchased from Vahdam Teas. I’ve been drinking a lot of these samples lately, many of which are so similar to each other (single-estate Darjeelings) that I was having a hard time remembering which was which. I decided to go with something that I thought would be different enough from the other samples to be memorable.

Looking at the dried leaves, I found that they were mostly orthodox, whole leaves. There were quite a few gold tips in the sample—more than I expected from a breakfast blend.

I steeped 6 grams of tea in 12 ounces of near-boiling water for 4 minutes.

The liquor came out bronze or dark amber—very similar to the color of brandy. Very pretty.

The liquor didn’t have much of an aroma to it. What aromas it did have, though, were not anything specific—just like a generic black tea would normally have.

Tasting the tea, I found it had the wet rock taste I would expect from a second flush darjeeling—not the muscatel flavor of a second flush, but the wet rock flavor was there. This was confusing to me since, according to the package, this was picked in November. There was a very slight astringency to it, but not much. Other than that, I didn’t find any other outstanding flavors; I saw that other reviewers noted a malty flavor to it but I did not find that.

Overall, it wasn’t bad, but it also wasn’t great—it was good. It wasn’t what I expected at all from a breakfast blend—much lighter than how that type of tea blend usually comes. I expect a breakfast blend to hit me on the taste buds with a hammer and a shout and a caffeine rush arriving like a bullet train. This one was far too delicate for that kind of action—it was more of brushing the taste buds and squeaking out, “umm, hello?” And, rather than the bullet train of caffeine it was more like the speed of the Chicago Metra—slow moving, but eventually getting there.

NOTE: The sample I used was marked with a date of picking of November, 2016

This is a tasty and somewhat malty breakfast tea. It is not as strong as an Irish breakfast tea I think but somewhere around the strength of an English breakfast tea. I am fairly sure this is a blend of teas but the website doesn’t seem to say. It is very good and not so bold as to need milk.

I steeped this twice in a 16oz Teavana Glass Perfect Tea Maker/Gravity Steeper with 3 tsp leaf and 190 degree water. I steeped for 3 minutes and 5 minutes.