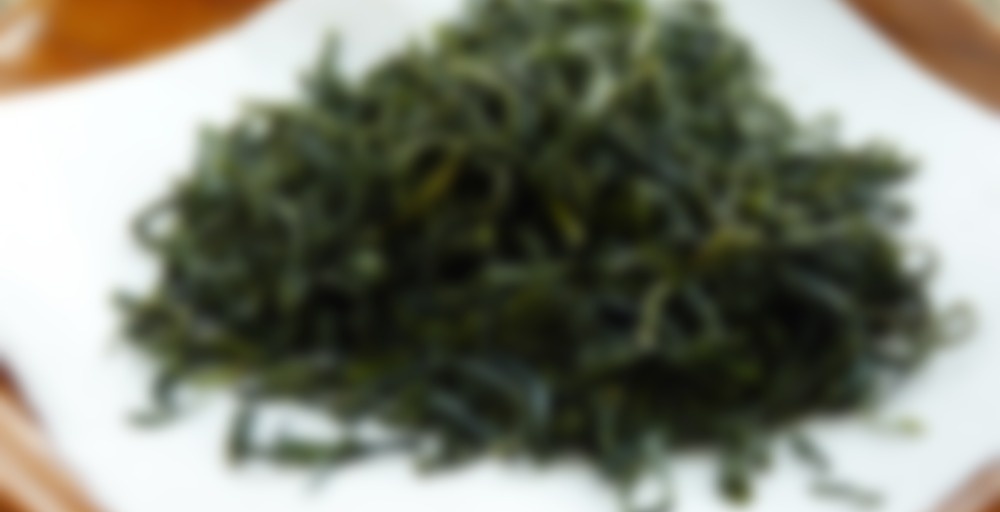 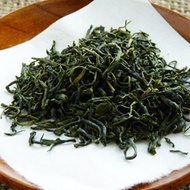 Saga Prefecture, on the southern island of Kyushu, is especially well-known for its tamaryoku-cha (Ureshino tea). There are two types of tamaryoku-cha. The most common is the one that is steamed according to the Japanese method for stopping oxidation. The one that is processed using the Chinese pan-firing method for stopping oxidation is now very rare in Japan. High-quality products are even more so.

This tea is one of these very rare kama-iri cha. The main quality of this kind of tea is a special fragrance known as kama-ka, which recalls roasted chestnuts with hints of pine that become more pronounced in the second and third steepings. The scent is spellbinding, penetrating and completely different from that of steamed tamaryoku-chas, senchas, and other gyokuros. The golden liquor of this precious tea is light, with a good balance of sweetness and astringency. Very thirst-quenching. Yet, it leaves a subtle aftertaste typical of Japanese teas, especially those from Kyushu. Unlike steamed senchas and tamaryoku-chas, this tea can be steeped at least three times.
This tea is surprising in the best way.

Good kama-iri chas are extremely rare today. It is a type of tea that has been neglected and has unfortunately been somewhat forgotten. As perfect testimony to the diversity of Japanese tea, kama-iri cha should be given its due. Teas of Japan offers you a top-quality kama-iri cha for a very affordable price.

Out of curiosity, this was the only tea I requested as a sample in my recent order (Thes du Japon generously throwing in 3 more!). This tea was a real surprise!

I have enjoyed Chinese green teas before, but for the most part, I prefer the effect steaming has on green teas, as opposed to pan-frying (typical Chinese method to prevent further oxidation). But, I had to try this tea, because it is so unique for a Japanese green, and must be more similar to the original teas that came over to Japan from China.

The opened (sample) pack smelled like chocolate, maybe like chocolate raspberries, and slightly earthy. The dry leaves were very similar in shape to Mellow Monk’s ‘Top Leaf’ or Den’s Tea’s ‘Guricha’ … but once they had been steeped several times, they opened up to be huge. You would never have guessed.

I was expecting the tea to be interesting, but not so delicious! The aroma is probably one of the best parts, faintly like stir-fryed snap peas, but as the description says, exactly like smell of roasting chestnuts. I knew that is a nice smell and all, but I never expected it to be so irresistible!

Finally, the flavor wasn’t (as I had been predicting) completely unlike regular sencha. No, this is definitely still a (unique) sencha. I was expecting a very Chinese-like, pan-fried, green tea. Instead, I got a nice union of the two – warming and tasty chestnuts, followed by a faint, but deliciously sweet bitterness.

I might have rated this higher, but it didn’t keep such a strong flavor or aroma for more than 2 infusions. The 3rd and 4th were still good, but didn’t have the same punch. However, I am definitely interested in trying more!

Best brewing conditions: 80 C / 1 min; 80 C / 30 sec; 85 C/ 1.30 min.
Leaves with roasted aroma,smell of vegetables and sea.
First infusion similar smell than the tea leaves. Complex, well defined but smooth flavour with touch of umami, vegetables, … Initially a slight astringency that evolves towards a sweetish complex flavours, that leaves an agreeable aftertaste.
The second infusion shows similar characteristics than the first, but smoother.
The infusions are yellow-dark Orange, transparent and dense.
The tea is not very delicate to steep and consistently gives delicious cups day after day.