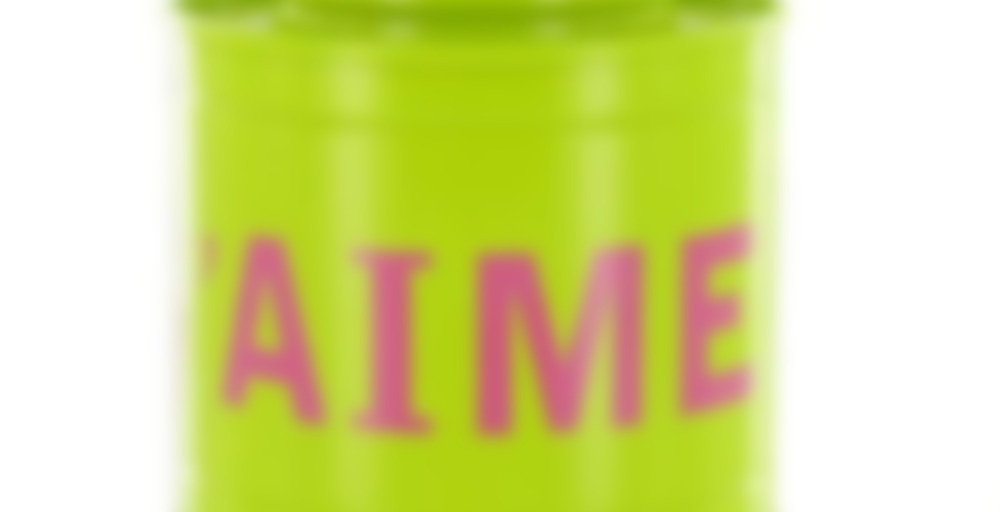 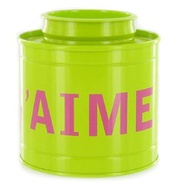 A tea with imprints of a guilty pleasure, lush with the seductive notes of Parisian macarons and the invitation to indulge…perfumed with almond, notes of grenadine, strawberry and cherry; it is rich and juicy, reminding us that tea is a treat for every moment.

This was my last bit of this sample. I was sad to see it go. The scent is intoxicating. It is sweet, floral, and slightly fruity. Great tea!

I was making this tea for my husband, so I figured I’d do a quick review.

The description from THE O DOR of this tea describes the tea as reminiscent of French macarons and I have to say I agree wholeheartedly with this. There is a distinct sweet almond (very much like fine macarons) aroma once you open the tin and that made this macaron lover salivate. There’s also a underlying note of berries – mostly strawberry – as well.

I brewed for the recommended 3 minutes and tasted. Brewed, the aroma had slight grassy notes, with just a hint of the sweet almond still discernible. The tea definitely had the slightly grassy taste that green teas often have, but it was not overwhelming at all. Upon tasting, the sweet almond and slight berry flavour is apparent in the finish, but not the forefront for sure.

I also made this tea iced and the profile of the iced tea was very similar to that of the hot; the only real difference is the almond flavouring came through a bit more and wasn’t quite as sweet as it was when hot (it took on more of a bitter almond profile). Unfortunately I also couldn’t taste any of the berry either.

Overall it’s a lovely tea, but I think I’d try to find something with more berry flavouring (the almond tends to overwhelm the berry) and less grassiness (it seems like the almond was there to almost try and mask the grassiness).

It is a pretty good tea – especially if you like almond! I’d give it a try if you can find it locally (or you can also order it online I believe).

I’ve had this tea (unopened) for a while, but surprisingly I hadn’t put it into my cupboard here. I’ve now remedied that misstep. Finding more tea that I haven’t put in the cupboard isn’t exactly encouraging. I am finally down to under 400 tins, and I had hoped I’d be down one more today. I’ve said before, it sometimes feels like my tea breeds while I’m not looking. It feels like that today.

But anyway, I really like this one. At first I didn’t get the macaron reference, but then I don’t get much almond from this. It’s not that it isn’t there — there’s a nutty aura to the aroma of the dry leaves that carries over into the tea’s aroma and flavor, but it’s not the primary note.

Instead, I smell and taste cherries in a big way, and some other berries and some creaminess, almost.

As the tea cools, the macaron reference becomes more understandable for me. The almond is more pronounced when the tea is cooler.

I don’t taste the tea base much, though there’s some green-ness tempering all of the above.