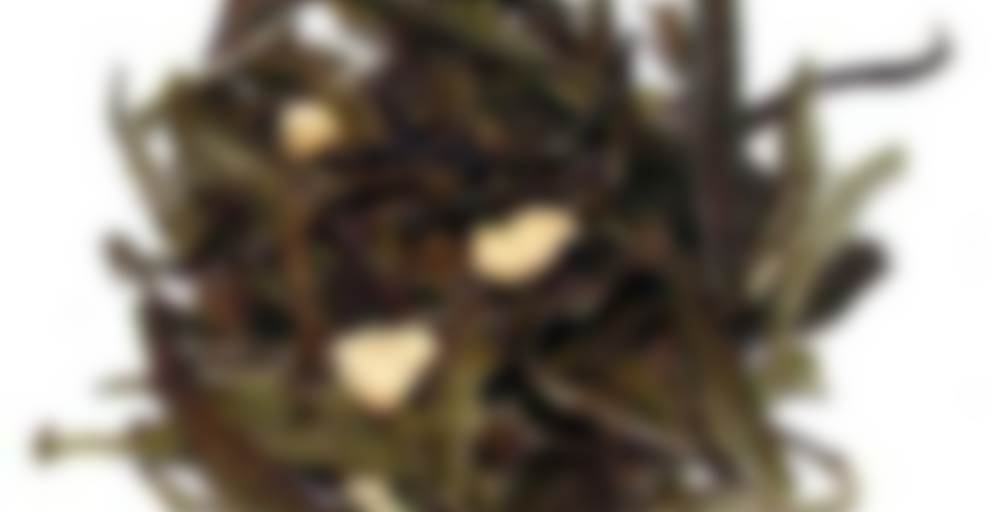 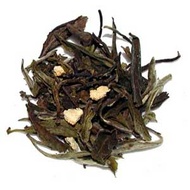 This classic oolong has a deep, rich flavor of chocolate, honey and apricot and is sprinkled with osthmanthus blossoms.

1st infusion: 4 1/4 minutes, near-boiling water
Liquor a bright amber and the smell is very floral and fruity. The taste however…while I am getting floral and fruity I am also getting smoke. Probably shouldn’t have used the yixing pot for this, this oolong is too different from the Amethyst I last used in the pot.

2nd infusion: 5 3/4 minutes, near-boiling water
The liquor is a bright honey-gold and the smoke has nearly disappeared leaving a pleasantly fruity, floral flavor.

3rd infusion: 6 minutes, near-boiling water
Whilt the liquor is the same color as before the taste is much lighter and the fruit has nearly disappeared leaving the floral note to dominate.

I’m not going to rate this until I can try it without the yixing pot.

That’s part most of why I picked it. The fact that it’s a dark oolong was a happy plus XD

The leaves are dark green and fairly straight with little yellow flowers mixed in. There’s a characteristically toasty smell about the dry leaves, though it is somewhat less pronounced than in the other oolongs I’ve sampled. The aroma of the tea is also toasty, and quite buttery, with a subtle floral note. It brews to a yellow, champagne-like color.

I used 2.5g of tea in about 7 oz of water, about what I’ve done for other oolongs I’ve tried, and with 4 minutes for the initial steep I expected a deeper flavor. I’m not getting a “deep, rich” flavor. It’s not that it doesn’t taste good, it’s just a bit on the weak side. The osthmanthus does give it a sweet, nectar-like note, which is nice, and which has something in common with honey. I can pick up on a hint of apricot if I concentrate, but although I can smell something slightly chocolatey, I am not tasting chocolate.

I added a minute for the second steep. The flavors are similar, but have become more buttery and floral-tasting, though not deeper. Six minutes for the third steep and seven for the fourth. I was looking for further development in these, but they were fairly similar to each other, and each a bit weaker in taste than the last.

As oolongs go in my limited experience, it’s reasonably tasty. And it’s not that I don’t appreciate subtlety. But this one lacks a certain depth that I’ve experienced in others, and that I’m finding I prefer.