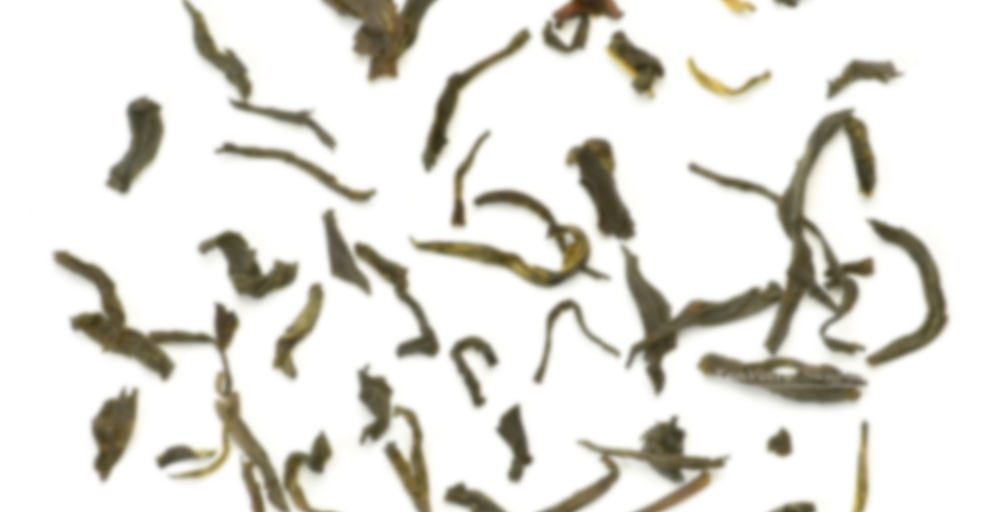 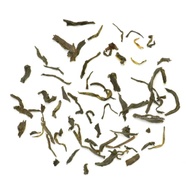 Plucking Standard: One bud with two or three leaves

A distinctive black tea with well-balanced aroma of pine smoky flavor that is most suitable for tea lovers who prefer strong-tasting tea.

Oh yes, as soon as I opened the package I was hit with a lovely rich smoky smell. Once brewed the taste was equally smoky. It put me in the mood of campfires and smoky bbq meat. I love smoked meat, and smoked cheese so it’s no wonder I love a good smoky tea!

Somebody else mentioned cheese pairings today. LS and a good, grilled cheddar cheese on rye …. is making me hungry!

I’m in the wrong part of the world … I have never been in a Costco before! However, we’re a little weird … when we do go on vacation (rarely), we make it a point to stop in unfamiliar grocery stores to see how other people shop!

@gmathis Costco is basically Sam’s Club if you’ve ever been to one of those. It’s a warehouse style store where things are sold in bulk like sizes. It requires a membership to get in, but it’s usually worth it.

Yep. We’re in Sam’s territory—Walmart world HQ is in Bentonville, Arkansas—about an hour from my front door.

So so smoky. Smoke of pine tree. Very interesting but not for everyday

First, when I just discovered smoky Lapsang Souchong I was madly in love with it: because it was so different, strong, with such a distinct personality – I like assertive teas. Then gradually I began to lose my interest when it became clear that smoky Lapsang manufacturers often use second-grade teas as a base and the smokiness itself frequently comes from the cost-cutting, industrial scale smoking process that completely overpowers the base with some very generic and uninteresting smokiness. And once I even encountered the unmistakable acridity of the liquid smoke!

So, I approached this sample bag from Teavivre with weariness and low expectations. But this tea restored my faith in smoky Lapsangs: they are a great, distinct kind of tea – when done right. This tea has an absolutely fantastic smokiness. The fragrant is incredibly rich and real; you can close your eyes and almost hear the cracking of the pine branches and needles in the campfire. I usually spend a minute or two just inhaling the aroma before taking a first sip.

The taste is very piny and smoky, with a good deal of complexity. It also feels very authentic and not mass-produced at all. A looong piny aftertaste. The tea itself is not shining through – it is by no means a lightly smoked Lapsang – but it does add some sweetness, which becomes more pronounced with subsequent steeps. And this tea can produce several of them without substantively changing its character.

This is not a tea for everyone. It is barely borderline a tea at all. But it is very “real” and can easily command one’s attention: I actually was late for a work meeting because I just HAD to finish this cup.

P.S. I ranked it so highly since I consider it to be a great representation of the class and not because it reveals the complexity of the tea itself and calls for the exploration with a gaiwan and a stop watch. The tea itself is moderately broken and probably not the best: it is all about smoke and pine.

I am always very cautious when it comes to Lapsang Souchong. I had several, one was really good, while others were like boiled dirty socks. I used to hate them – but now when is some good one I don´t mind.

Probably had lowcost versions before.

I can’t handle the smoke in them; smoke is one of my migraine triggers, and just the heavy smoke aroma is enough to trigger that reaction in my brain even though there is no “presence” of real smoke. But I tried the “unsmoked” variety of lapsang souchong for the first time last year and… oooooooh my lands, that is now my favorite tea, hands down! I couldn’t believe the difference!

Any suggestions for cream smoke teas?

What ratio do you use to mix your teas? A teaspoon of each?

With these I used a teaspoon of both, since I usually use two teaspoons for Teavivre teas anyway.

I mixed a smoky tea with something once; I think it’s really hard to get creamy plus smoke – I usually just use milk to do that. I think I dropped the amount of the smoky tea to 1/2 tsp though, and I typically use1.5 tsp/cup.

Omigoodness, yes! This one is just smoky enough without the harshness of char. I steeped this in my Libre travel mug. I went light on the dry leaf and long on the steeping and it was perfect. Just the right amount of body and smokiness. Smooth, smooth, smooth. A very enjoyable cup and I am aiming to have another very soon.

Thank you, Angel, for this sample. This is likely one that I would include in my next order.

Sounds yummy!! Was it a yunnan base, do you know?

Nope, Fujian, the other side of China. Wuyi Qi Cong Cultivar. I really really wish I had been into tea when I was in Yunnan.

I hear you on that. Must be a real kicker losing that opportunity. Maybe you’ll go again one day :)

Nonetheless, I had bought tons of tea and enjoyed many many cups along the way. I am just far more knowledgeable about it now and would be able to choose far more carefully. Still, I absolutely loved Yunnan and have great memories of the various places I visited and conversations I had with people that I met there. I just wasn’t guided and driven by tea, whereas now I most likely would be.

To some extent. No regrets though.

It’s not at all surprising to smell campfire when I open the packet. It’s nicely smokey, very unoffensive. The smoke becomes muted when I let the leaf sit in the pre-heated gaiwan, bringing out a scent of BBQ’d pork ribs covered with sweet BBQ sauce. The wet leaf aroma smells like unburned pine wood and a touch of honey.

The liquor is the color of creamy orange. It’s not at all opaque, clear rather, but it is a soft-looking orange. Medium-bodied, considering the leaf and not the smoke. Has a smooth texture. The flavors don’t change throughout the session. They instead remain very much the same: pine smoke, dry wood, charcoal (burned wood bits), BBQ’d pork. The smokey aftertaste is mellow. As I said on Instagram (https://www.instagram.com/p/BP5gFNZhnIL/), this smoky Lapsang Souchong feels cozy and figuratively tastes like winter air filled with smoke arising from suburban houses’ chimneys.

I’ve had more un-smoky Lapsang Souchong (or Zhen Shan Xiao Zhong) than smoky and prefer those, but I did like this one. I wouldn’t buy it. I never feel like I want a smoky Lapsang Souchong – I just don’t enjoy it enough. For those who do, give this a try. The leaf quality isn’t high since the leaf consists of a lot of broken pieces, but given that it’s a lower grade that is smoke, it isn’t an issue.

smokey tea sample from angel this is a really nicely done smokey tea. It’s not overpowering and this smoke is quite nice. As always, i added just a tiny splash of maple syrup and this was delightful.

Unsmoked or mildly smoky Lapsang Souchong counts among my favourite teas but I can still love a smoky Lapsang when it is done well. There needs to be a nice balance between the flavours from the smoke and the flavour of the underlying tea. This one is quite enjoyable. The tea itself has a silky oolong like texture in the mouth and in early steeps is intensely sweet. This contrasts nicely with the cooling menthol like notes from the pine. For a smoky tea the aftertaste is actually quite refreshing and even cooling. Thank you so much Angel for the sample I quite enjoyed it.
Notes:
2.5 g in 110ml of water at boiling
The dry leaf is moderately broken colour mostly dull dark chocolate brown some stems.
The smell is quite smoky but with a sweet pine tar smell mixed with a sweet caramel fruity note in the tea. It smells like fall at my cousins cottage on Georgian bay. It is a mix of syrup, forest and maple notes.
First steep 45s. The first flavour note is sweet caramel mixed with tart stone fruit that opens up to a spicy woody pine/ menthol note mixed with mild smoke which afterwards blends into an even sweeter almost birch syrup ( cooler maple) note. It finishes with very refreshing note in the mouth.
The tea feels very soft and silky in the mouth. The colour is a slightly red toned caramel.
2nd steep. The scent is less smoky more of an aged spicy wood scent that is sweet like a cedar lined sauna. There is a slightly thicker feeling in the mouth with a mild astringency. The tea is slightly more fruity with a touch of malt added to the mix above. Once again a very bright cooling aftertaste is present.
3rd steep. The smoke and pine/cedar wood scent smells more like spent incense. The colour of the tea is more red than caramel. This steep returned to a creamy silky feeling on the tongue. There is a taste of caramel complete with hints of vanilla and hints of ripe plum. It still ends with a cooling feeling on the tongue and an aftertaste of spice and incense.
4th steep. The flavour is fruity and incense like. The tea remains cooling on the tongue. The caramel sweetness is less apparent. You can still taste pine on the edge of the flavour notes.

5th steep. The tea still has a nice body but the flavours are waning.
https://instagram.com/p/BNzWxC5hFqG/