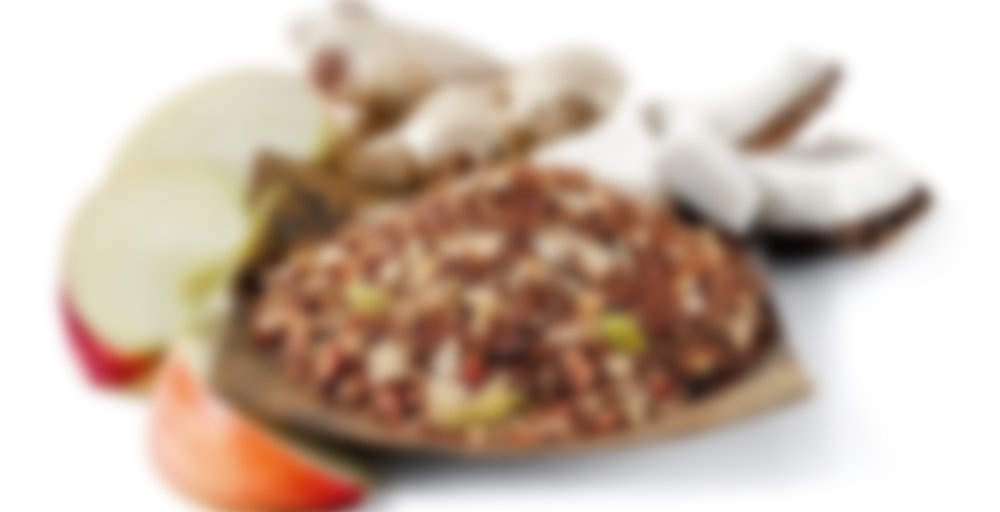 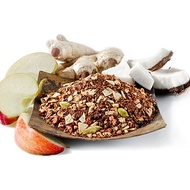 Zingiber Ginger Coconut Rooibos:
Set sail for a sensuous exotic journey to India. This Ayurvedic red rooibos wonder has a ginger, toasted coconut and black pepper zest smoothed over with the sweetness of cinnamon, golden delicious apple and almond. A sensually sublime and luxurious voyage of deliciousness. CONTAINS NUTS

Maharaja Chai Oolong:
Rich spices wafting together create the intoxicating taste of India. Alluring chai intensely mixes with royal splendor oolong tea creating taste bursts of cinnamon, ginger, clove and nutty cardamom. The famed ‘Spice Route’ is conjured up in every rich cup of this robust and most favored chai.

Nice blend. Smells of ginger and fruit. Goes down smooth. but leaves a bit of a ginger “zing” aftertaste. Drank this with a little stevia. May also try it iced, or with milk as a chai — or even as an iced chai. Tasty!

For some reason, in late July, I decided to buy over $400 worth of tea from Teavana, mainly from their heavily promoted Summer iced tea line. I had also mentioned that Chai teas are very much a favorite of mine, so I was recommended the Zingiber Ginger Coconut rooibos tea.

This tea has a pale but sweet and gingerly coconut aroma, subtle and quite lovely, which is strange as I do not particularly like the smell of rooibos, but the coconut and ginger sold me almost instantly.

The tea has been sitting on my tea shelf since then, untouched and unsteeped. Until now.

It is a bit odd that I chose to blend it before steeping by itself, but when I looked it up on Teavana’s website, I was surprised to see that they say it blends well with one of my very favorite teas, Maharaja Chai Oolong.

Both teas blended, the aroma is quite outstanding. The ginger and Maharaja Chai really give it a nice spicy delicious scent. I could not wait to try it.

Yes, I usually have a reluctance to rooibos teas, as my experiences with them are not the best, but blending with an already outstanding Chai makes it pretty good. Hopefully, it is just as good by itself.