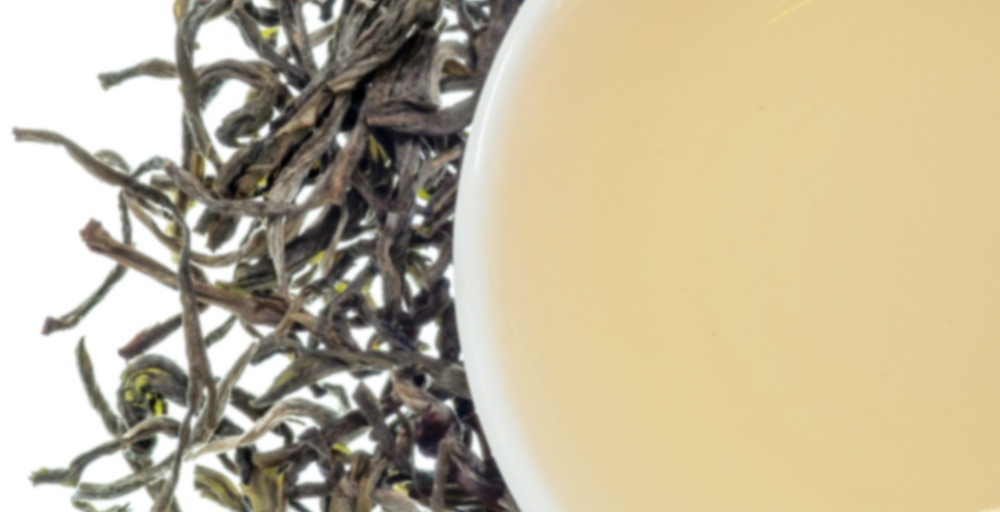 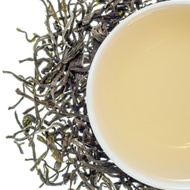 These lovely long twisted downy leaves produce a cup that is silky, smooth, textured, with a hint of a sweet grassiness.

On the 15th day of Sara’s Advent Calendar…

Ooh, this is a fine green tea. It’s very smooth, with a pure taste, if that makes sense. It’s a little sweet, with honey notes. It’s very refreshing, even hot, and I would love to try i iced too. There’s also a very mild vegetal note. It’s really good.

Oh, another nice Chinese green. I always got a lot of the licorice flavors from this one, which is why I liked it (licorice root/fennel/anise spice tastes) mixed with the vegetal… yuuuuum!

Oh hey, another discontinued TeaSource tea! (At least I have a 2 oz. bag of this one, so it’ll be a while before I have to go through the inevitable loss process…)

Confession: I apparently really messed up making this one initially. I decided I wanted to try to gong fu brew it, as I rarely do so (and quite frankly need more practice at it), but the tea came out so bitter it was undrinkable. I always hear you need to use way more leaf when you are using the gong fu method, so I used 5 grams for my 150ml gaiwan but… nope nope nope. It just did not work out. I ended up scrapping the whole thing, dropping down to 3 grams of leaf, and doing what I usually do and only filling my gaiwan halfway with water (as I’m only using one teacup of the two that came with the set anyway). No bitterness the second time! Maybe with enough practice I’ll finally get the hang of how much leaf and water to use to get a really nice session from the get-go…

I ended up with six infusions, starting at 15 seconds which were increased by about 3-5 seconds each time. On the first infusion the tea had notes of sweet, warm grass with a licorice or anise flavor, and it had a slightly sweet, honeyed quality. There was no bitterness, but had a slightly astringent drying sensation at the end of the sip. Over the following infusions the tea became a little more vegetal, with some spinach and fennel notes coming out, and the tea became less sweet while growing more astringent as the infusions became longer. By the fifth and sixth infusions the sweetness was starting to return, but it was also starting to really run out of steam.

I also prepared the tea western style, using 2 grams of leaf and steeping for two minutes in 175 degree water… and honestly, I found it way more satisfying than taking the tea gong fu style. The tea was super sweet, with no astringency! There was still a lovely licorice/anise/fennel flavored top note, with a lot of sweet grass and honey in the base. The spinach and bitter vegetal notes were missing from the western steep. I also noticed a very subtle honeydew note right toward the finish.

Overall this is a very satisfying green tea. I do find I have to play around with greens a lot to find my optimal brew parameters, but I always say that the journey with tea is what makes it so satisfying!

This is likely what my first tasting notes are going to look like once I finally unpack that gaiwan I ordered way way way some time ago. Western and grandpa steeping work for me—If it’s not broken…

From the few times I’ve tried gong fu, I have found that of the oolongs I’ve tried that way, they were much better brewed in that style — I just rarely have the time to sit down and dedicate to a session, compared to the quickness and ease of western brewing. It will always be my go to! But I still find trying to learn gong fu fun, even if I’m currently terrible at it! I haven’t figured out my ratios yet and am using a “beginner” style gaiwan, and even using that still haven’t mastered a good pour that doesn’t make my fingers not feel too hot or cause little driplets on my desk. * sweatdrop * But there is a certain reward to the practice. I can only imagine the mess I’ll make trying to hand-whisk matcha for the first time, eheheheheh…

I’m horrible at hand whisking matcha which again is why I need to get a new frother. I always forget to heat the whisk and bowl before hand.

I still need to get a pitcher for the full experience.

Here’s Hoping Teabox – Round Seven- Tea #30
A very high quality green with super wiry leaves. There is such a delicate but complex flavor here — fruity and sweet. I can’t say enough about this, so I won’t try. DELICIOUS.