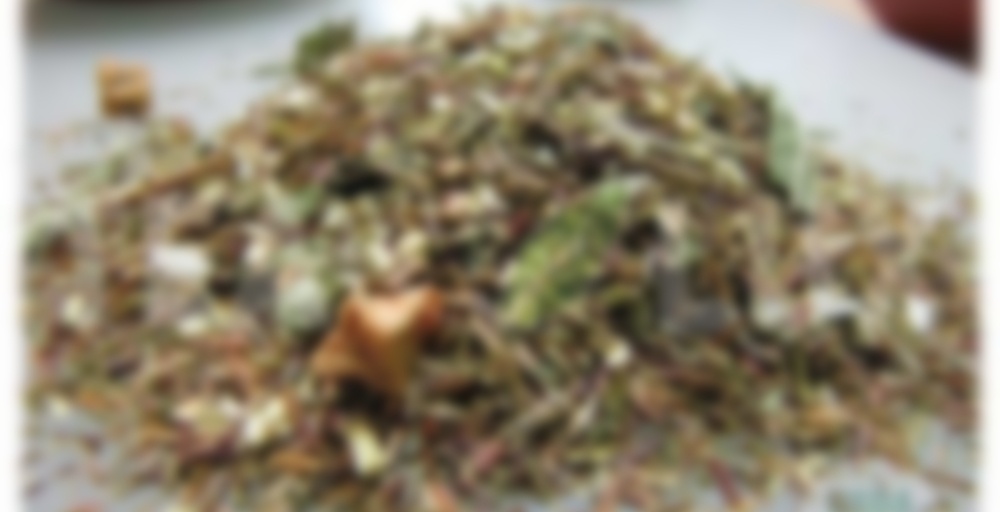 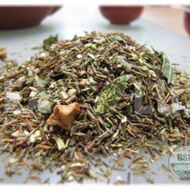 Refreshing and uplifting, this island inspired rooibos infusion is an exotic medley of creamy young coconuts enlivened by the zesty vivaciousness of fresh lemon verbena and the aromatic essence of sweet limes. Enjoy this invigorating infusion over ice or as a mid-afternoon lift to your day.

Lime in the Coconut

Another sample from Tealux. This seems like it would be a good one: lime, coconut, apple.. but I didn’t find much flavor after steeping for four minutes so I went for six minutes. Maybe I should have had more than a teaspoon of tea? This will probably only be steeped once, and I almost always go for multiple steeps. I don’t think I like green rooibos as much as red rooibos. It seems more sour somehow… and the red rooibos seems more woodsier. The coconut here seems to be the kind I don’t like. Not my favorite from Tealux. It reminds me of one of my favorites — Mojito from Element Tea (sadly out of business… if I knew how great that blend was, I would have bought more!) but the Tealux blend doesn’t even compare to the delicious Element blend.

I followed Teavana’s recommendations for rooibos, steeping a teaspoon and a half in boiling water for… quite a long time. I didn’t time it, but I know it could easily have been ten minutes. From the dry leaf, I got strong scents of lime and verbena, with a little bit of the woodiness of the rooibos. I’ve really taken a liking to green rooibos, but it’s just not as common as the red variety, so I was glad to see this in the Traveling Tea Box. :) Anyway, I got the same aroma after it was steeped—very strong lime, a little verbena, some rooibos… but no coconut. Well, I thought to myself, maybe if I sweeten it, I’ll get a little coconut action. And you know, I was right! It was smooth and creamy and very prevalent. I really like it! I think perhaps some of the other reviewers may not have used enough leaf when they tried it. Well done, Tealux.

I’m glad you liked this one! I included it in the teabox with you in mind because you said you wanted green rooibos. :D

I’m not sure if I’ve had a tea with a green rooibos base before. Dry, the tea smells strongly of lime, so I expected a fairly strong, maybe tart taste when I drank it. Not at all. In fact, I don’t get much taste at all, and I way oversteeped this one (forgot about it for at least 15-20 min). It’s essentially water that tastes like it should taste like something, but it doesn’t. Hopefully that makes sense.

Not repulsive, but definitely not on my list to re-buy.