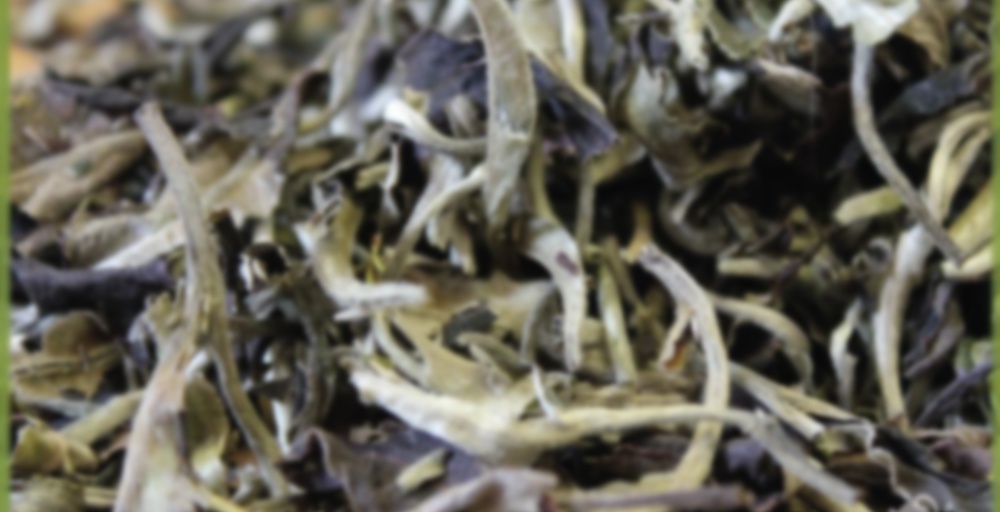 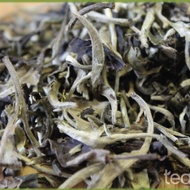 Yue Guan Bai White tea (litterally refers to White moon light) from Jinggu, is a kind a tea which does not fall into the six tea categories, due to its making techniques. Or to be more precisely, more people would like to define it as white tea; However, it also has its difference compared to white tea.

Invented by a Taiwan guy in Yunnan in 2003, this tea is made from big white hair big leaves tea trees from Jinggu. Only Jinggu has this type of tea trees, which is characterized with silver tea hair. Its making process are summarized below: picking the fresh leaves; withering the tea leaves under the moon light to its complete dryness, unlike Pu Er tea, which must be withered under sun light; after the withering process is fine, Then it is the finished product of white moon light tea. Since its witherness is conducted for a long time, it causes some interior oxidation by its interior enzymes. So that is why its tea liquid and aroma is so similar to black tea. You will be surprised to see the tea liquid color turns to more and more red after several infusion.

This tea is from a cooperative old tea tree plantation in Wenshan mountain, Jinggu. The tea trees was cultivated by local Yi minority around 400 hundred years ago. Due to the whole tribe immigration to nearby mountains, this tea plantation mountain is abandoned. So the tea trees grow wildly & naturally until our partner purchased them 3 years ago. In order to maintain its nearby surrounding of the tea plantation, farmers only cut a small amount of other trees and did not use any fertilizer & pesticide at all. So there is no one living in this tea mountain, and its road up to this tea mountain is extremely bumpy.

Some what strong tasting white tea with a fairly dark golden colour. Steeped up to 4 times.

This is an interesting tea. I know I tried it western style before, but I think I was distracted while drinking it so I didn’t write a tasting note. This time I decided to make it in the gaiwan. 4g of leaf in a 100ml gaiwan, and it almost filled it, it’s such a fluffy leaf. The first couple of steeps were 30sec and then 60sec with 80C water. Then I tried 60sec and 30sec with 90C water. I’m still trying to figure this out. :)

The dry leaf smells kind of grassy and musty. Wet leaves smell like, well, wet leaves… like a pile of autumn leaves that has been sitting for a while and starting to decompose. The tea brews up a lovely golden colour.

The mouthfeel is almost syrupy, and there’s a slight nectar sweetness. I spent quite a while sipping and trying to decide what this tastes like, because it’s an odd blend of musty and grassy and slightly floral. Eventually I decided that it reminds me of alfalfa hay that has been sitting in the barn for a while. Like, that aroma when you cut open a new bale of hay and pull off a couple flakes, and you’re slightly jealous of the horse/cow/whatever you’re feeding because it smells so good.

I’ve decided to ignore Tealux’s recommended steeping parameters. They seem to suggest the same thing for every white, every green, etc. For instance they recommend 1-2 tsp for 2-4 min at 90C for this tea. That’s a wide range. I do not like astringent teas, so I decided to steep it with 1 tsp for 200 ml of water for 2 min at 75C. It worked ok.

I wish I had a better sensory vocabulary to describe the nuances of teas. Or maybe I just need better tastebuds. This tastes like water with a delicate vegetal flavour to me. Very drinkable, but not knock your socks off amazing.