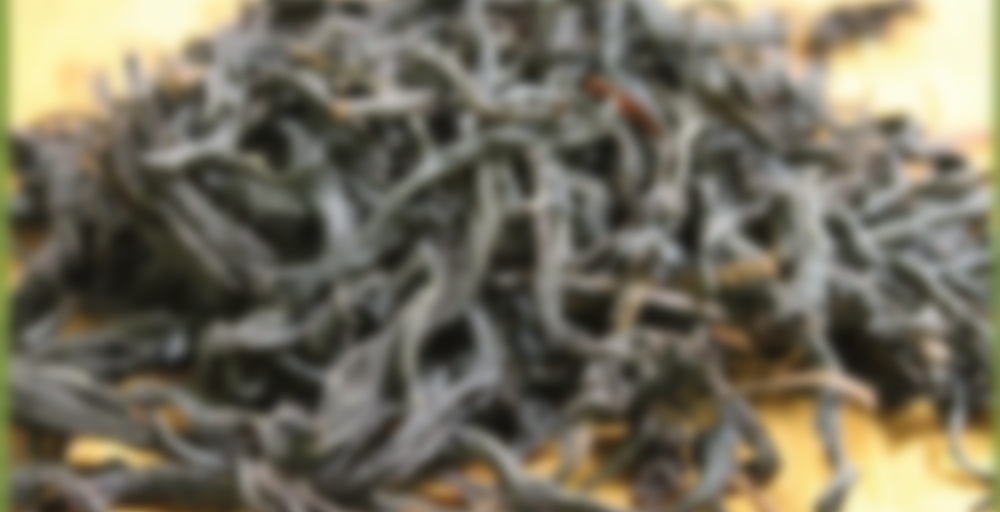 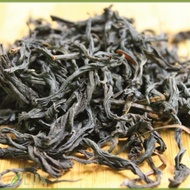 The Assam #8 is grown in central Taiwan with an Assam tea plant. The Yuchih area, near Sun Moon Lake in central Taiwan has been growing and experimenting with various types of black tea for many years and are now developing some excellent teas. This is a straight Assam, whereas Red Jade is a cross between Assam and a local wild strain.

Malt, sweet potato/roasted notes, hint of a floral note, and red fruit notes meet my nose. This tea smells more intense than the last time I made it. I used more leaf using about 1.75 TSP for 225 ml. The liquor is a a nice medium, orange red. The tea tastes smooth with sweet undertones. With floral fruity notes with a hint of cream dominant over malt and roasted notes, citrus/malt notes more present in the aftertaste. A pleasant cup for mid afternoon.

I ordered a sample of this tea, and it was large enough for me to have at least two cups and give a coworker some too! Nice! My coworker loved this tea, as I thought she would, because it’s super malty. For me, I enjoyed it, but wanted something more than malty, something more complex. Maybe I’m just hard to please! Ha! Btw, sipdown!!

Under my new rules I need to accomplish one sip down a day. I only have a little of this – so sipdown it is.
This is one of those teas that I shouldn’t like but I do. I don’t normally like Assam, I don’t normally like Taiwan Blacks – but I like this one. It’s one of those teas I leave on my wishlist to remind me to buy next time I order from Tealux. The amazing, awesome, generous yyz sent me a care package, and this was in it. Thank you so much – even though I’ve had it before – I haven’t had any for quite awhile and am really happy to be able to enjoy an old favorite this afternoon.
The leave a HUGE, the tea is a beautiful clear red. It’s a little yeasty, a little malty and just plain yummy.

The sorting has been driving me crazy for months. SOOOOO HAPPY that I set up my spread sheet – would have been lost with out it. But that doesn’t help with swaps, other peoples cupboards and wishlists. I just wish they would FIX it. I’m trying NOT TO THINK about Black Friday. I had said that if I didn’t buy tea until then, I could order on BF – my cupboard is still out of control – I might have to pass…. You have been amazing with cupboard control – hope you find to fantastic deal BF/CM :))

i’m pretty sure i may pass on BF…or keep it to a dull roar. canadian dollar being the suck is incentive enough unless there’s a crazy stupid good deal… a la 50% off or soemthing

Glad you enjoyed it. I don’t have big plans for bf either.

Sipdown! Although I probably shouldn’t count it as I picked up more… a lot more in Tealux/Tealyra’s Halloween sale. But It’s not here yet so I’m marking it down.

This tea is honestly so damn good. Brown sugary sweet with notes of sweet potato, strawberry, apricot and malt. It really shines gongfu, but western brewed it does just fine too. If you haven’t tried this one yet, I definitely recommend picking up a bit to try. It’s one of the best teas I’ve had.

Of course it still counts as a sipdown :-Þ

Woah. Who would have thought I would like a plain black tea? Not I. This seriously smells like sweet potatoes and it tastes a little sweet even without added sweetener. Thank you The Cookie Lady for adding this to the box; otherwise, I wouldn’t have had a chance of trying this. Yum. Keeping the remaining sample.

edit
Well, I’ve already gotten 2 steeps out of the leaves and I’m pretty sure I could get a 3rd; but I want to try some more teas before I’ve maxed out on my caffeine limit for the day. Tasty.

@Cameron B.: I will have to keep that in mind!

So glad you liked this!!

I’m going to have a really hard time describing this one, partly because it was so freaking good and partly because I’m not super great at identifying flavor nuances yet.

First, I thought that perhaps I was tasting the burny outside of a roasted marshmallow minus the sweetness (which totally doesn’t make sense…)

Then, I moved on to imagining that perhaps it was toast …but like…maybe with something on it? Except, I don’t even know what. So unhelpful.

So…I finally caved and read the flavors others had listed here and….maybe it’s sweet potato? Malt was a given, being that it is an assam…but sweet potato is to only other flavor listed that I can attribute the other flavor to. I feel exceptionally bad at writing tasting notes right now.

The main point I’m getting at here is ohmygosh I want to drink this nearly every day. Thank you Tealux/Tealyra/Teawhateveryouwanttocallyourselfnow for making delicious teas.

Burny part of the marshmallow without the sweet? I know exactly what you mean, and that sounds wonderful, haha.

Mmm, just a quick note to say that this is VERY tasty cold-brewed. I might have to try all my Taiwanese blacks this way.

Yay, I have so many new and untried black tea samples now (thanks to Blodeuyn)! I was sad because I didn’t have any more new teas to drink in the morning. Huzzah! This one is first because I really want to try more Assams, although I have a sneaking suspicion that it’ll be very close to the Taiwanese Assams I’ve already tried, just based on the smell. But onward, to tea! The leaves are large and supple, definitely shorter but thicker than the usual creepy tree branch teas. Dry scent is incredibly sweet with lots of honey, along with cocoa and malt. I brewed mine for 3 minutes at 200 degrees.

As soon as I poured the hot water over my tea, I smelled cinnamon. Oops… I may have used the same infuser that I used for Snickerdoodle last night! :x Luckily for me, the brewed tea itself does not smell strongly of cinnamon, so I think it’ll be okay! Brewed aroma is very strong brown sugar with malt and sweet dried fruit notes (maybe a touch of cinnamon?). Yummm… There’s definitely a tad bit of cinnamon here, and I don’t know whether it’s inherent in this tea, or whether it’s from the infuser… Either way, it goes beautifully! This tea has a little bit of an earthy undertone, which I wasn’t expecting. However, on top there is a layer of lovely dark brown sugar flavor, along with fruit and malt notes. Oh man, I really hope that slight cinnamon flavor is meant to be there, because it pairs beautifully with the brown sugar. I suppose my next cup will tell me! :P

I ABSOLUTELY LOVE this one!!!!!

This IS the assam you are looking for waves hand. I’ve only tried 4 assams, all thanks to awesome swaps with Ost and Virginia, but this one is where it’s at for me. Thank you to my TFF Virginia for sending it along!
The leaves of this assam are in the spider leg family, but not quite so spidery as the classic TWMB. They brew up a cheerful reddish brown and smell delightfully fruity! This tea is malty, because it is an assam after all. But I’m also getting lovely apricot and maybe a hint of peach?The fruitiness melds into a grain-like flavor with a honey sweet finish. I really love how smooth this tea is! This one definitely goes on my Tealux wishlist and will be the assam I stock!

Yum, those are all of my favorite flavors! Wishlisted. :P

It was similar to PTA, but I liked it better. That’s just my personal opinion though :)

I haven’t tried PTA yet! I just tried the Wild Mountain and it was amazing waffle deliciousness! :D

That’s like one of my favorite Assams so far. And of course, Virginia sent a sample introducing it to me :P

Another one from my coworker that i’ve been meaning to pick up since i first had it ages ago. This one doesn’t disappoint even sort of, even after all the TTC honey like teas that i’ve had since i had this one. this is more brownsugar, malty sweet but man it was tasty. glad i have this back for a little while :)