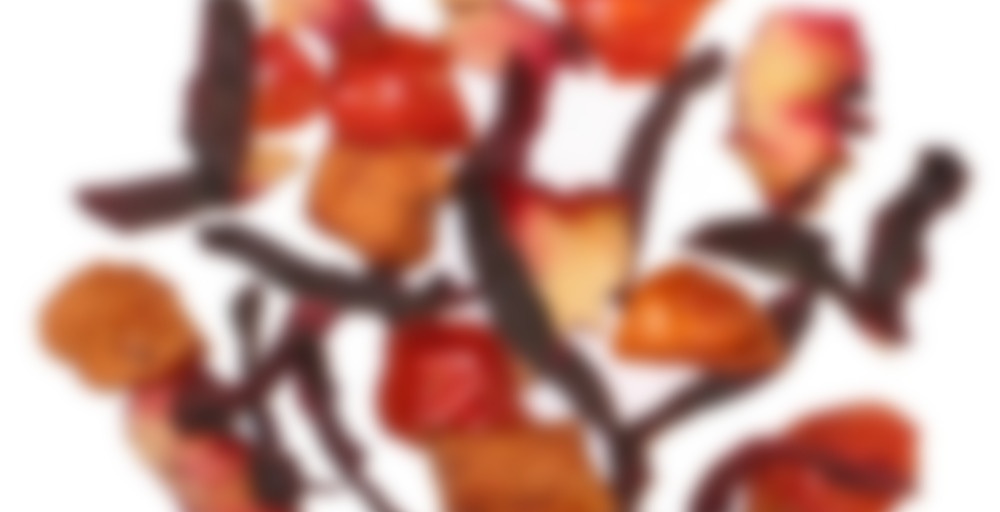 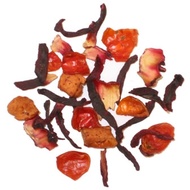 Tart hints of blood oranges softened by the suggestive sweetness of pears and mandarins, creating a fruit tisane that is full bodied and refreshing. Try iced and added to your favorite lemonade for a cooling treat. Naturally caffeine free.

I checked the mail right before I left for work and hot-diggity-dang: three of my orders were there! I risked being late and opened all my packages. Oh tea joy! My gaiwan came and JAS-eTea enclosed a lovely handwritten thank you note – I had ordered from them through amazon, and just now checked out their website. I think that there may be future purchases from them :) Here’s the gaiwan I got: http://tinyurl.com/28wf9xu I don’t think the picture does it justice – it’s beee-uuuutiful! Oh – just realized that if you click on the photo and see the close-ups: those pics do it justice. I also got my package from Life in Teacup – it looks amazing! I’ll wait for my new kettle before I break open those pretty packages. I want to do those oolongs justice! Except for the Lapsang Souchong – that will be had first thing tomorrow!

And then the Tea Guys box! I tried them so that I could get my mom their Carrot Cake tea for Mother’s Day. Of course I had to sample more of their wares! I could hardly stand being at work knowing that all this yummy tea was waiting for me at home! When I got home I chose the Ruby Tang because it’s the only caffeine-free option that I got (that isn’t my mom’s present). And it’s a fruit tea – which I have never had. I was really surprised when I opened the small packet – it looked like turkey stuffing. I don’t know what I thought it’d look like, but wow, it’s kinda cool!

And the smell! It was like a fruity tart candy! I’m waiting for the iced tea pitcher I ordered to arrive and I had this tea in mind to be iced when I bought it – so I decided to use about a third of the packet. I might have shortchanged this tisane by doing so – so I’ll be holding off rating it until I try the rest of it iced. Cuz I think this is going to be amazing iced.

First Steep: Woah – it’s earned the “tang” part of its name. The color was really really pale – almost nonexistant. I almost felt like I was getting that “furniture polish” smell from it – I’m thinking that the smell and the tartness must be the hibiscus. I’m not sure. I also think that the temp might have been a little too cool.

Second Steep: Added a minute and upped the temp a bit. There was a bit more color – a pale yellow. Ooh – it’s getting better! I’m picking up more fruit. And as it cooled, more of the orange came out and said “howdy!”

Third Steep: Kicked it up to 10 minutes. NOM! NOM! NOM! Again – please note that this is my first fruit tisane. I have nothing to relate this to, but for me: NOM! The tart is almost not there, but I can taste what I think is the hibiscus and a crazy mix of other fruit. And there’s this sweetness that lingers near the back of my throat while the top of my tongue sort of dances. It’s like my tastebuds are doing the Wave across my tongue.

And all of these companies get a gold star from me for both speed and service!

ETA: In my insanity I went for a fourth steep even though I thought it’d probably be a bad idea. It wasn’t the worst idea I’ve had, but still :P So I’m not sure if this would be the typical aftertaste, but it tasted like paper. It was weird enough for me to comment upon it (which I think that this is the first time that I’ve commented on aftertaste).

Wow. I think that my note needs a few more exclamation points ;)

ooo that is pretty

This is flavorful, fruity, and less tart than most hibiscus teas. However, it has a generic fruit punch flavor that I don’t find especially interesting, with just a hint of orange. I prefer to have a particular fruit or two dominate my hibiscus teas, or to just drink plain hibiscus. I kind of miss it’s tart simplicity here. I dislike it when hibiscus blends work so hard to make it sweeter. It’s definitely not unpleasantly sweet or anything, but it’s lost it’s edge and hasn’t been given anything else interesting in return. I wish it were a grapefruit flavored hibiscus like the name suggests. I don’t think I’ve tasted one of those before.

I’ve had this for awhile now and finally got the courage to try it. It’s similar to the Lemon Mango Punch that I got from Physical Graffitea last summer but has a little bit more of a berry flavor to it.

Out of the bag, the fruit was… sticky and hard to measure out. I let it steep for about 5 minutes and the citrus flavors were very prominent and tried it again at 10 minutes and the flavors had blended together a bit better by then. It doesn’t taste like grapefruit entirely but is definitely citrus!