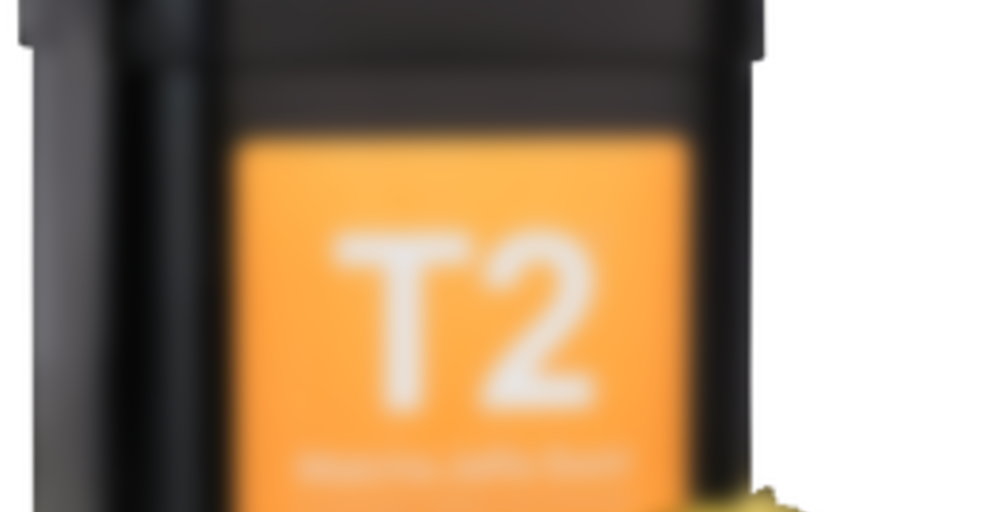 Orange and chocolate. When you get it, you get it. The royal couple of flavour combos, dark chocolate lends a rich, velvety taste bomb with plenty of bright orange. Lucky there’s matcha in the mix keep to your feet on the ground while your taste buds are lifted to deliciously lofty choc-orange heights!

Store in a cool, dry place.

I wasn’t particularly looking forward to this one after I had such a bad experience with T2’s Matcha Berry Ripple, which was pretty much a week straight of Torture Smoothies to finish off. But, I loved the Mint Chip Matcha, so… maybe better luck here?

Whisked in vanilla oat milk, then sampled before adding to my breakfast smoothie. So… definitely better than the Berry Ripple. I think both the Mint Chip and this one have cocoa powder, maybe that’s the secret. This one isn’t as good as the Mint Chip, because the orange still has a bit of that artificial, chemical bite that the Berry Ripple had to its berry flavor, but mixed with the chocolate, its smoothed out enough to almost be inoffensive… it is, at least, drinkable. The Berry Ripple flavor was so bad that even tossed into a smoothie with ample real fruits, that chalky, artificial berry flavor overwhelmed everything, including the real fruits. I at least get the feeling that isn’t going to happen here… guess I should find out?!

Tossed the cup o’ matcha latte into the blender with a cup o’ frozen tangerine slices and a few spoonfuls of yogurt (my typical “Sara hates nanners and needs to smooth out the smoothie” option). Delightfully chocolate, the artificial orange flavor is still pulling through a bit, but is tamed a bit more against pulverized tangerine, which I didn’t get with the Berry Ripple. The chocolate definitely helps a lot.

Not the chocolate/orange experience I was hoping for, but not as bad as I was fearing after the Berry Ripple debacle. No Torture Smoothies here.

This matcha reminds me Jaffa Cake. It is the liquid form of Jaffa cake but it is not matcha for sure. It has no matcha flavor. It doesn’t mix well and I would never use this product with my bamboo whisk. It is more of drink if you want it but it is nothing like matcha

I’ve heard good things about the flavoured matcha from T2, so I was really excited this week when I got the opportunity to try out two of their flavoured matchas – and when I smelled this one!? Man, I was in heaven!

I’ve had Jaffa cake before, although I’m blanking right now on where I actually tried it. I know it’s a chocolate orange sponge cake type thing, though – and from my memory I recall thinking it was pretty damn good. So that was promising to me, as a matcha flavour! I have to admit though, from the moment I started whisking this tea up I began having some serious doubts…

For starters, I just could not get this matcha to froth. However, it also had the absolute oiliest surface I’ve ever seen on a matcha; like, there were little droplets of oil collecting on the surface of the whisked up matcha. Gross! They translated to the taste of the matcha too; very oily. At least it wasn’t gritty though, which was actually a fear when I noticed how quickly the cocoa powder blended into this was settling on the bottom of the matcha bowl…

Taste wise!? It’s a solid B minus. The chocolate and orange both come through, and taste pretty nice – a little creamy, not overly sweet or bitter and pretty well balanced. I do get a jaffa cake vibe, which is a good thing! However, the finish is pretty chemical to me – especially the lingering orange notes. So, that lingering chemical taste combined with the general oily quality? Big no, for me.

I could see this as salvageable in a latte – but straight up like I had it? I wouldn’t try it again that way…