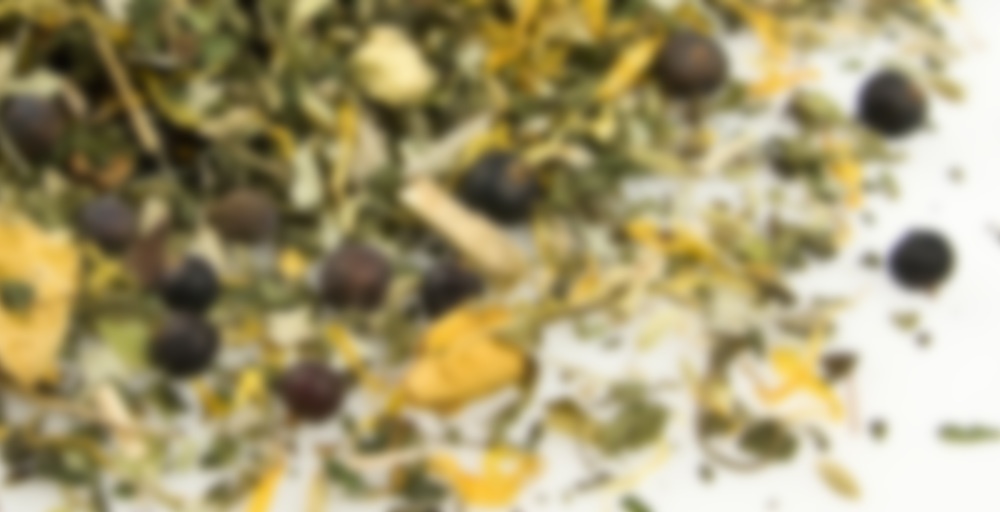 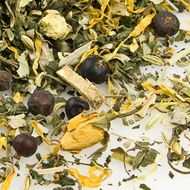 A detoxifying blend of herbs that’s so so good for you and tastes great! Nettle is high in nutrients and minerals to boost the immune system, fennel and spearmint aid digestion, and lemongrass, juniper berries, and marigold petals have powerful cleansing properties. A simple and simply delicious way to turn a new leaf.

This product is caffeine free.

Thanks to Peach for sharing this tea! The flavors all combine so that it tastes pretty light and nondescript. I can sense the fennel and a bit of mint. This sort of tea isn’t really my thing, but it’s okay!

I mostly get mint, lemongrass, and medicinal herbs from this. I wish it had steeped stronger because my first cup had an unfortunate accident before I could drink it. Resteeping the leaves a second time has yielded something faintly greenish but not the deep hazel colour that the first cup had. Some vegetal spinach flavour (nettle leaf), citrusy lemon grass, sweet spearmint, but no floral rose or savoury fennel.

T2 had a big clearance sale at the beginning of this month, so I stocked up on all their sampler pack sets from their unneeded holiday stock. This tea was in their herbal set, and the sample holds two cuppa tea, so another sipdown for me! (Progress!)

The dominant flavor in this blend was definitely the spearmint, which I tend to not care for as much as peppermint but it was balanced out well by other flavor notes. The tea had a nice natural sweetness to it from the licorice, and there were some delicate citrus notes, but it didn’t have the sort of strong lemony flavor I come to expect whenever lemongrass is involved; the citrus was far more subtle than I was expecting. What really surprised me is I tasted that same sort of savory “vegetable soup broth” taste that I was picking up on from AmberFreda’s Detox blend, so I’m glad that I tried these two detox tea blends back-to-back: comparing the ingredients, what they appear to have in common is nettle, so now I know where to place that flavor. It seems stinging nettle is commonly described as tasting like spinach, and I’m not exactly getting a “spinach” flavor, but I don’t think that “vegetable broth” is that far off, either. Maybe it’s just how my palate is picking up on it?

I wouldn’t say the tea is the most aromatic, but the taste is pretty good. I think overall I like the other detox tea I tried just a bit better for having such a unique, savory flavor, but appreciate the lack of spicy ginger in this blend, which makes this blend a bit more of a relaxing nighttime sip.

A very nice, relaxing tea that settles the nerves, and calms the body. It also has excellent nutrition value.