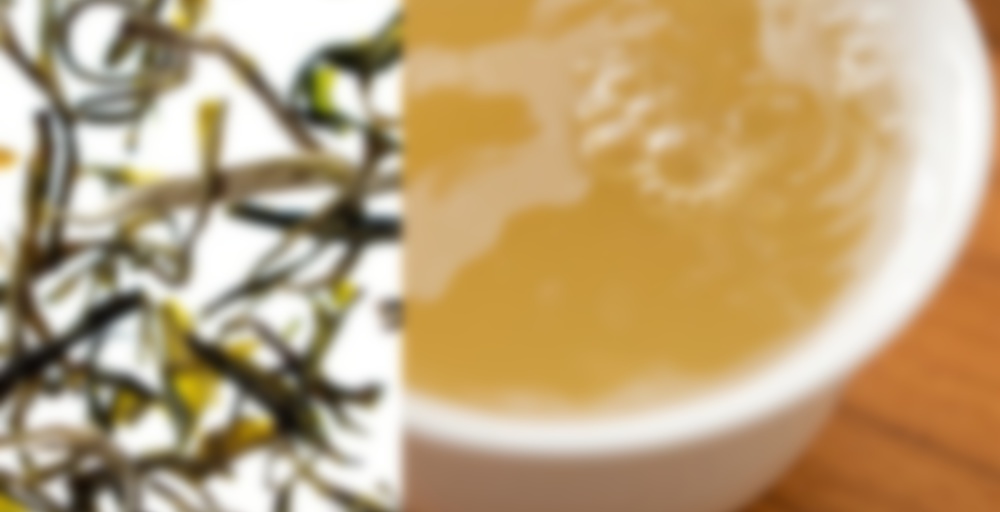 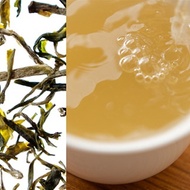 The flavor is an engaging but approachable balance of sweet and vegetal tones. Brisk flavors of umami-rich steamed asparagus and bok choy dominate, while hints of fresh evergreen needles, sun-drenched mosses on lakeside rocks and sweetly satisfying malt round out the flavor complex profile. Later infusions yield hints of warming spices and steamed edamame.

Tea Story: Sure, Hubei Spring Needle has an irresistible sweet-vegetal flavor, but what cinched the deal for us (and made us decide to offer it as the the first Chinese-style green tea on the Samovar menu) was its ease of brewing and long shelf life.

A.k.a. "Lu Zhen,” it’s a classic green tea from Western Hubei, China. Although it is much sought after within China, little is exported to the West. Our rare Hubei Spring Needles were hand-made by the respected Xuan En Yulu Fair Trade Tea Association during the Ming Qian harvest (also known as “pre-rain” or more accurately translated as the period before the Qing Ming festival for honoring ancestors).

This is the first [and I believe only] Chinese green tea that Samovar carries [online, anyhow], so when it popped up I was intrigued and wanted to give it a try. I should note at this point that what I got is a sample, and that I steeped it through four cups.

I also don’t drink Chinese greens as much as I do Japanese because the Japanese tend to have more buttery notes, which my palate thanks me for drinking. I like to keep my palate happy lest it garotte me in my sleep.

This tea is helping me nail down some of the differences that I haven’t been able to solidify previously. For one, both greens tend to have vegetal qualities to me, but with Japanese greens it’s more of a spinach-y, even seaweed kind of taste and with the Chinese it’s more akin to the celery end of things. This tea in particular reminds me of both celery and bok choy – somewhere in between those two. And I hadn’t identified it until I read the description, but there’s definitely an asparagus note in there.

Japanese greens [the ones that I consider good, anyhow] are usually rich and deep tasting. There’s some heft in what they have to offer, and the taste is opaque. Chinese greens, even when they are strong in flavor like this one is, tend to be a bit lighter in their flavors, with some lightly salty qualities ebbing in and out of the sweeter tastes.

Lastly, while they both have sweet qualities to them, the Japanese greens have, again, that heaviness around it. Like when you walk outside to just-mowed grass, or if you’ve ever found yourself in a field of freshly cut hay. The smell is strong and sweet and almost gritty. Chinese greens are lighter, and perhaps leaning more towards the floral end of things. Like when you catch a hint of blossoms on a spring breeze. Or maybe smelling your neighbor’s just-mowed lawn a few houses down the street.

As for this tea specifically, it’s strong. The taste, the smell, all of it. At least in the beginning. And in the beginning, it smacks you with that vegetal bok choy/celery, asparagus quality. I found almost no sweetness in my cup until it had cooled substantially. It reminds me of when we went over to a family friend’s house one time and their grandma offered me a soda with Korean characters all over it. Turns out that soda was carbonated celery water or juice or urine and it didn’t really matter because it was HORRIBLY OFFENSIVE to an eight-year-old kid who had been expecting a sugar coma. The first leg of this tea reminded me of that, without the carbonation, so I can’t say that it was an extremely enjoyable experience.

Once it had cooled, and on subsequent infusions, the sweeter components of the tea began to make themselves known a bit more, and my palate decided that it would leave my death for another night. Overall, the tea tasted fresh, with lighter strains of that vegetal taste that shifted into more of a green bean/edamame type flavor and some floral, grassy notes.

So, if you’ve read all of this and those flavors sound appealing to you I think that you’re going to really like this tea. I’m beginning to acknowledge that I am harboring a great love for Japanese greens, so this won’t be hitting my tea shelf in the near future. If you’re looking to try a solid Chinese green tea, though, check this one out.

How did I miss this!??! I missed so many teas when I made my Samovar order.

I have been tea-deprived. I have been so busy at work that I haven’t even had the chance to quaff my favorite beverage. Every cup I’ve made has gone cold with 3/4 left in it. It’s been that crazy. So I figured, why not curl up with some nommy Samovar from my first order from them?

Okay, these leaves are adorable. They’re oh-so-tiny, and they look like olive-green ramen noodles. I’m serious. And it’s hilarious, cause when they steep up, they turn a beautiful vibrant green, very much akin to broccoli. It’s the broccoli color. The try leaves smell… green. There’s a veggie goodness hiding out in there, and it’s pretty appealing.

This is actually the lightest-looking green tea I’ve ever seen. And the grassiest Chinese green that I’ve ever had. It smells like steamed vegetables. Like the vapors from the steam after you open the basket. The taste is awesome, though. Super umami-sweet, with lots of notes of stronger veggie goodness than usually found in a lot of Japanese greens. Slightly spinach, maybe? And a bit of salty mineral at the end? But really, it’s super-veggie-sweet. Like sucking the juice out of leaves dropped with dew.

I’m curious as to how this one will hold up to multiple infusions, because this tastes deliciously like spring. Like clean meadows and bright skies and light rain showers. And after a ridiculously insane week at work, this one is truly hitting the spot.

Oh Samovar! Will your greatness ever cease? All these wonderful reviews!! :)

HI!!! You need to drink moreeeeee teeeaaa! Ohhhh, I have some of this, today might be the day to make some =]

This tea… is a quandary to me.

Sure, it’s a Chinese green. But most Chinese greens are roasted. Not steamed. So this tea is unique! It takes a varietal from China that is either just steamed, or it is roasted and steamed. And it’s done quite well.

So, I like it very much for being a pure Chinese green tea. It’s lovely. But… when compared to the Japanese teas I obsess over, I find it to be a bit flat.

I’m with @takgoti @teaplz and @Ricky. This tea was good for a Chinese green, but in the end it just made me want a really good Japanese green tea.

I think this is the last Samovar green tea sample I have, and one I have certainly kept too long. Be that as it may, this is yum.

Ordinarily I wouldn’t drink even this much caffeine this late in the day but I just got back from no. 1’s school holiday band concert and we still have homework to check…

The leaves don’t look or smell all that different to me from many Chinese green teas I’ve had. The tea looks no different than others I’ve had, with a pale yellow liquor with a bit of particulate in it but otherwise clear. It smells sweetly vegetal.

And that’s how it tastes, too. It’s just a very nice cup of green tea without any bitterness, with a tiny bit of butteryness. Perhaps a little more grassy than some Chinese greens, but not as much as Japanese greens. I’m trying to place the vegetal flavor. It’s not sweet enough to be peas, and too sweet to be green beans. I’m thinking maybe snow peas is a good approximation.

In any case, very enjoyable all around, and unfortunately not available on the Samovar web site. Sigh.

I got this as part of a Samovar sampler a friend gave to me. It smells extremely fragrant and wonderful out of the bag, and while it steeped that seemed to fade and turned in to the vegetable flavor that others had mentioned. It’s quite astringent from the first sip, and has a sweet but sharp bite at the end of the flavor.

I’m not incredibly impressed. Like everyone else is saying – it’s quite good, but not THAT good. I think I’ll go back to my Japanese teas as well.

I tried steeping it for only a minute and used slightly cooler water this time, and it seems to be much better. The astringency is mostly gone save for a bit towards the bottom of the cup, and the vegetable smell is also greatly reduced. A friend suggested washing the leaves in room temperature water before steeping, but since it was a small sample I only had enough for one pot.