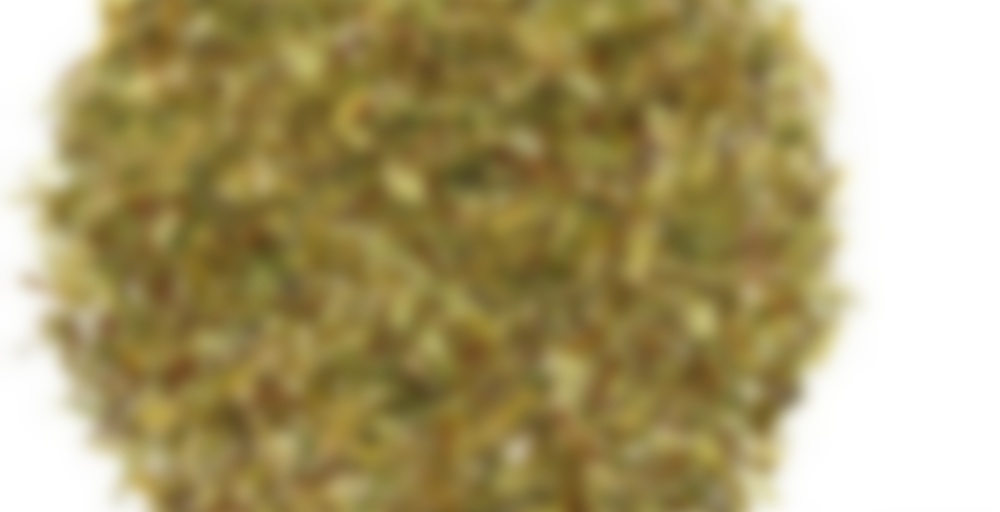 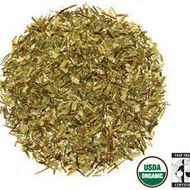 African Green Bush is made with the same plant as the famous African Rooibos or Red Bush. After harvesting, Green Rooibos is not oxidized like Red Bush. The leaves and stems remain green giving the infusion a bright orange color with a unique earthy flavor and a sweet finish. Caffeine-free Green Rooibos is lighter bodied than Red Bush and is said to contain high concentrations of antioxidants, vitamins and minerals.

I was pleasantly surprised by this.
I wanted to try it, simply because I like normal rooibos/rooibos blends. I expected the color of the infused tea to be green, but it was mostly orange!
The first few sips I wasn’t sure I liked it; it was decent, but seemed bland. But I kept sipping, and soon, I couldn’t stop! I can’t quite remember the initial taste, but the base/aftertaste was deliciously vanilla. It was almost like vanilla icecream! The texture isn’t creamy in any way, but somehow, it has some distinct flavor that comes in vanilla icream (and not simply vanilla as an ingredient).
For the second brewing, I added fresh mint from the garden and a little vanilla extract; I expected the rooibos to not have as much flavor the 2nd go around. Well, it mostly tasted like mint tea, which is good, but I should have left it alone to see how well it took a 2nd steeping.

Besides curiosity, I got this because I expected it to be a good base (esp. to make decaf chai with)…however, I am going to enjoy this on its own! Thankfully too, I’ve found another source of rooibos (red + green) that’s a lot cheaper than Rishi and also organic (Suffuse Tea — only $9.50 /8oz, as opposed to this, which was $3.00/oz!).

I had to try this, I was so very curious.

Very clean. Mildly earthy. Not at all tart or astringent like red rooibos. Lovely infusion colour.

It’s very good, I appreciate it for what it is, but my palate has no interest in it on it’s own. However, it would make an EXCELLENT BLENDING INGREDIENT. If you’re into that sort of thing!

My palate isn’t interested in it, but since it has even MORE health benefits than red rooibos, I’d drink it for that:)

Great tea. Full bodied and lets you feel like your swimming in a pool.

Brews a deep orange color. Fresh, light, and clean, a bit fruity, grassy / straw-like, and with a suggestion of a seafood-like quality. Less earthy and less sour than red rooibos.

I recommend a very long steeping time. I like this one a lot.