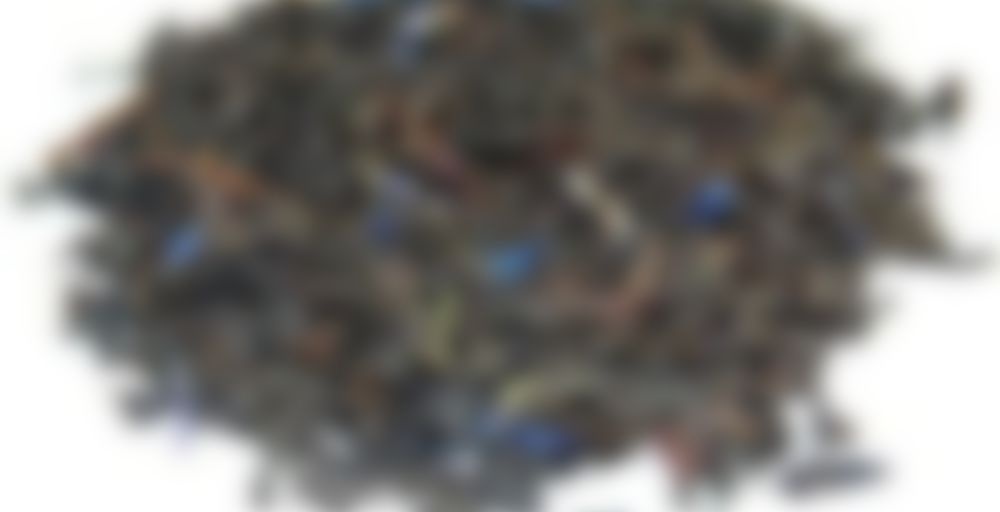 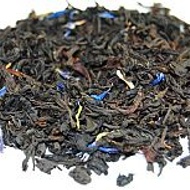 Our own special blend of fine black tea will delight the single-malt whiskey lover. This tea combines peaty smokiness with a hint of citrus.

On the 11th day of Christmas I give many thanks to Sil for sending us this particular tea. Well, here we are Christmas Eve and I’m still waiting on packages to arrive (before the hubbins gets home) to wrap. But Amazon assures me they will arrive today…fingers crossed! So I got up when I normally would for work knowing I had wrapping and cooking in my future.

We’re going to my hubbins “Aunt’s” house for dinner and she never has anything gluten free for me to eat. So I made up a cup of this tea (in a new hot pink mug from our friend’s daughter) and then I got down to making some gluten free turkey meatballs and sauce. (Which smell/taste awesome.) This tea had a nice smokey kick to it…this must have been the tea I was smelling when I thought it was Day 9! Oddly enough I also enjoy a good single malt whisky and this is just wow. I see where the comparison comes in!

Sorry this review is all over the map…I think I’ve had too much of this tea this morning! :)

Well at least two of us enjoy this so far…i consider that a rousing success even if no one else does. It’s smoother and more interesting than i thought it would be lol

Yeah I would love to get my hands on more. But the shipping is a killer!

well worse case scenario we may be able to do a swap in the new year and i can just go buy some for you.

Oooh! I’m game for that! Or you know I could just drive to Toronto. Whatever. :P

ooh.. yea! drive to toronto! we can meet up… there’s a february tea convention thingy lol

ooh.. yea! drive to toronto! we can meet up… there’s a february tea convention thingy lol(also…now you feel the shipping pain of canadians everywhere ordering from most US places lol)

I DO!! Message me more about this tea convention. I’d love to take a trip to Toronto!

YAY! that’d be so much fun, if you made it up here :D
Btw, what does magot mean? I’m curious, sounds like a fun word!

That was totally a typo on my part! Thanks for catching it!! Should have read (and now does)“then I got to making” ooopsie!

I want to go to toronto for the tea convention too. I just worry it will be so cold.

Rachel, worse case scenario you can borrow some of my multiple jackets for teh duration. Lol

Have you ever been before? Do you know how big it is?

This is the first year. We aren’t sure how big it will be just yet but there are tons of tea companies in the city.
The guy who heads the Tea Guild also teaches the sommelier program at George Brown so he knows alot of people.

aha makes sense! I make typos all the time lol

on the 11th day of christmas, I gave to my fellow tea friends a tea that i’d never tried before! At the time that i purchased this tea I’d never had ANY sort of smokey tea but I figured that the 12 days of christmas tea swap was a good time for sharing favourites AND trying new things. So i picked this one up. It was an unplanned purchase as I’d originally been thinking of getting a blend with the name of a mountain range in them..david’s tea was my first thought because so many people in the US seem to enjoy/want their teas.
However, after running through a bunch of david’s tea’s unflavoured black teas, i was not impressed. Especially when comparing them to teas like Butiki’s zhen Qu (i hadn’t tried her assam at that point) or even golden fleece/laoshan black from verdant.

I’d also decided i wanted to get tea from a local place, or at least a place that was mainly in canada – to try and give my US (or non toronto) friends a chance to try a different tea place.

While stopping for tea at Majesteas, the name of this blend caught my eye. The gentleman who was assisting me (and hearing all about the swap) was like “are you sure you want to expose everyone to that…people pretty much love it or hate it” What caught my eye was the comparision to a single malt scotch…which i have been known to drink on occasion :) So i bit the bullet and said to hell with this! let’s try it! Of course that’s also meant agonaizing over the choice for the past month or so now especially since the smell has managed to permeate through everyone’s packages lol

So on with the tea? Let me preface by now saying, i’ve tried a lapsang before…even cooked with it to make a really neat soup. This tea? It’s both smokey and not. The aroma reminds me of the way your clothes smell when you get home from a day of camping…

The initial sip, really does have a subtle citrus note to it and i can barely taste the smokiness..and then it climbs all over your tongue and the smokiness comes out. But it’s a milder smokey that is actually pretty yummy.

Hmmm.. i actually think i really like this tea. It’s not for every day drinking but I could sit back and relax and enjoy this tea like a good cingle malt whiskey.

My thoughts exactly with the whisky…great tea minds think alike. Side note this is pretty good cold too…my cup cooled as I was busy in the kitchen and it was still yummy!

oooh… sets her cup aside to try it cold-er

I apologize in advance if it isn’t to your liking…but I might be in love here. AND might just add a little whisky to it later tonight when the hubbins and I sit down for a holiday flick and gift exchanging. :) I think you hit this one out of the park!

haha ooh adding whiskey.. man now you’re all crazy talk. i should go try that.. it’s after “noon” so it’s ok right? lol Glad i put more than a cup try in the bag heh

:) I do talk the crazy sometimes. But it sounds SO good!

I’m glad I’m not the only one that had the idea to get a tea from a local shop.

Rachel- that’s why your tea made me smile. :)

I am VERY behind on my tealogging (and slightly behind on my tea drinking). This came from Sil and it has a very strong scent – so strong I could smell it through the envelope. I originally thought it was a Lapsang base because of the smokiness, but apparently it’s something different (err.. I’m not sure what exactly).

It’s not bad. I’m not a big Lapsang fan, so I’ve got that working against me. I also think I taste some bergamot, so it tastes more like an “Earl Grey Lapsang” (which I’ll have to check after this note if such a blend exists).

I gave the tea to my boyfriend to try without any prior context (a popular pastime of mine) and he said it tasted like barley. I thought that was an odd comment, but when I did some homework, apparently this tea is like a single-malt whiskey (which is made with barley). I also learned what a single-malt whiskey is, since I know so little about alcohol.

Interesting that you taste bergamot :)

Actually… Such a thing does exist… I’ve a smoky earl Greg waiting for me in my stash from new mexico tea co. I’m sure others are out there too.

Greg = gray. Still learning how to work with this Nexus7

Hahahaha, Earl Greg, eh? That could be some interesting new thing!

Thank you Sil for offering this as your interpretation of 11 pipers piping!

This smells VERY smoky … but it tastes less smoky than it smells. It still has a distinct smoky presence in the flavor, it just doesn’t taste as smoky as the aroma might lead one to believe. The aroma made me think that this HAS to be at least part Lapsang Souchong but the flavor changes that thinking because it does not taste like Lapsang Souchong. It tastes smoky, but, not in the thick, pine smoke kind of taste for which Lapsang is known.

I get the peaty earthiness too… the sip consists primarily of a rich earthiness and the smoky notes, and then the citrus tones come through toward the aftertaste. Someone else mentioned an Earl Grey/Bergamot note, I don’t know that I taste bergamot especially, I definitely do taste citrus though. It is bright, sweet, and tangy. The citrus notes become very clear in the aftertaste.

A very pleasant and unusual blend … very glad I got to try it.

On another note, I was dismayed when I attempted to visit the Majesteas site and could not. (My virus protection says no, and I’m in no mood to try to remove malicious stuff off my computer) I would be very interested in seeing what other teas this company might have to offer.

They have a few that I really enjoy….still working my way through more of them. If you like strawberry teas, I have one I can always send your way to try :)

Sure, that would be lovely … let me know via PM if there are any teas from my cabinet that I can share with you in return!

Thank you Sil for this wonderful interpretation of Eleven Pipers Piping! Scottish pipers indeed! I enjoyed this blend Christmas morning as we Skyped with the in-laws in Indiana.

My three year old son Rowan gave me a Merida doll from the Disney movie Brave, she’s beautiful! And the husband gave me a small Lord of the Rings Lego set with Gandalf arriving with his cart full of fireworks to Hobbiton and a Thorin Oakenshield action figure amongst other things. He got action figures of his own but was very excited about the tiny creamer I found him.

Anywho this tea is awesome. I love a sweet, mild Lapsang and this fits the bill even if it’s not a true Lapsang, I love the smoke. It is like sipping on scotch in the morning ;) The citrus is subtle but gives it a bright feeling. Very nice!

Thanks for sharing a tea from your local shop Sil. Set the tone for an enjoyable Christmas Day!

So glad you enjoyed it and had a wonderful Christmas day :)

Backlogging and full thoughts on this one…
http://sororiteasisters.com/2016/02/26/macdonalds-highland-blend-from-majesteas/