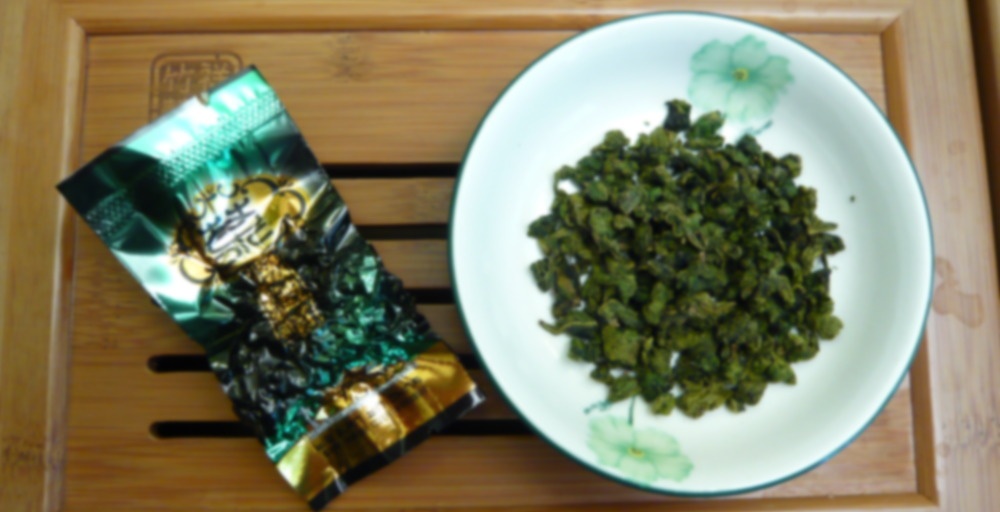 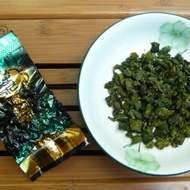 by Life In Teacup
70
You

The origin of Fo Shou tea cultivar is a mystery. Many people say it was obtained by engrafting tea tree with Fo Shou (bergamot) tree. The engrafting theory of Fo Shou oolong has never been proved. But the characteristics of this tea do remind a drinker of fragrance of Fo Shou fruits.

Brew method: 1a. Oolong, ball-shaped dry tea leaves Vessel: gaiwan or small teapot Water temperature: newly boiled water (above 95 °C or 203 °F) Amount of leaves: 5 gram for every 120ml total volume (Or reduce the amount to 3 gram for some heavy oxidation and/or heavy roast products) Warm-up infusion: pour hot water in the vessel, and immediately drain it. Wait for about 1min. before starting the next infusion. Time for each of the first 3 infusions (after warm-up): 20sec. (Or reduce the infusion time to 10-15sec. for some heavy oxidation and/or heavy roast products) Extend infusion time based on taste for later infusions. Most oolong tea can well last for at least 5-7 infusions. Or: Vessel: mug Water temperature: (same as “1a”) newly boiled water (around 95 °C or 203 °F) Amount of leaves: 15-20 grains of dry tea leaves Steep time: 1-2 minutes Re-steep: when there is 1/3 liquor left in the vessel, add hot water to re-steep.

Lovely! Had 3 cups today…3 separate infusions…must say I prefer the Superior tho! This is still yummy tho…backlogging because it’s been a bear of a day…

Hmm, I’ll bump this up a little for being a decent mug-brewed tea — I dropped six leaves into a mug and poured hot water over it, and the result was extremely smooth and nicely sweet — but there is still no bergamot to be tasted in it. Maybe I have a batch that missed the flavoring? Although given that steeping for two minutes brings out bitterness and leaving the leaves in the mug for a few hours makes the tea smooth and sweet, there must be something going on in there….

A pleasant blend of citrus tang and grassy sweetness comprises the body of this tea. There is a subtle nutty element that broadens the profile adding depth to a verdant finish. Purdy good.

First I gotta say that my sample didn’t have this Yongchun word on the package so it was packed in red package and called Fo Shou (Bergamot) Oolong. But i’m logging it under this one…

Dry leaves smell great. Very fresh grassy. And sweet. I know weird. But it smells sweet to me :D Must be the bergamot…

Wasn’t sure how log to steep this one so I did 1 minute. Looks bright. Should have steeped it longer :) Putting the infusion back in… Two more minutes on lower temperature.
Looks green-yellow. Smells gentle. Grassy.

It’s very gentle. Smooth. Quite watery but not in a bad way. Refreshing. I can’t taste the bergamot. It’s like a very very subtle oolong. And I like this one too.

I didn’t know what to expect from this tea but it turn out to be great for times when I don’t want to bother with the whole ritual of tea drinking. All I need to do is throw in a few buds into the mug, simply add hot water and enjoy.

I got this as a sample and I am really glad that I did. I wanted tea today, but I am feeling a bit too lazy to do any typical brewing…hey, my spring break starts today, I can be a bit lazy! I decided to brew this in a mug – I always thought the leaves were supposed to float to the bottom…huh….10 minutes in and the leaves are just floating away….

Okay, I think that perhaps the water wasn’t hot enough. Luckily my cup wasn’t filled very full so I added hotter water. Alright, some leaves are sinking. 5 more minutes – about 1/2 the leaves are still floating. I am going to assume this is because the water still isn’t really hot enough. I’m drinking it with a spoon to push the leaves away. When the cup was 1/3 full, I added water to try for a second infusion. These leaves are resilient little things, there is no taking them down.

Okay, on to the actual tea. It is a greener oolong than I believe I enjoy. The scent is awesome, if you know me, you know I love bergamot and this tea smells just like it. I wanted to like this tea, I really did. I tried two infusions and it does have a bergamot like taste. But it is just too “green” for me. I like green tea, but not when it has a vegetable taste and this does, however slightly, but its there. I just can’t get past it. sigh This tea has great potential, but it just isn’t for me. I guess it is to be expected that I would come across a few teas that I don’t like, but lately I have liked about everything so this is a bit disappointing.

I’m rating it right in the middle because it is a quality tea – the leaves are huge once they unfurl (one is as long as my thumb), the smell is great, and I believe this tea could go for a bunch of infusions as most of the leaves are not unfurled yet. Just isn’t for me.

Sipdown no. 168. This sample has been staring at me for a while, and I’ve been staring back. One of us was bound to blink eventually. It’s a rather aged sample, but it has been stored in a cool, dry, dark place, vacuum sealed and never opened until today, so while it may not be a prime example I feel pretty confident it’s at least a choice one.

I am an oolong fan, and as much as I love the roasty toasty ones, if I had to be stranded on a desert island with one, I’d probably pick a tie guan yin. I just really enjoy the lightness and butteryness and the green floral notes. In terms of white wines, I tend to gravitate toward Chardonnays, and the Chardonnays I like best are the buttery ones rather than the crisp green apple ones, though sometimes those hit the spot as well. I have an association in my mind between green oolongs and Chardonnays, obviously. But anyway.

My sample also didn’t have the word Yongchun in it, but I’m sure this is from Life In Teacup. Gingko has been extremely generous with her samples so I have had a lot of them over the years, and I recognize the label on this one as having the same fonts as others from LIT. Even though mine came in a green package rather than a red one as someone else mentioned.

I am also something of an Earl Grey fan, though I don’t love overpowering bergamot. I like just enough to give the tea that characteristic Earl Grey flavor without having the citrus forward. I was a bit worried that this would have too much citrus for me, but fortunately that wasn’t the case.

Other commentators have observed that they didn’t really taste the Bergamot. If I didn’t know it was there, I might not have tasted it either. I smelled something citrusy in the dry leaf, which was green and rolled and otherwise smelled buttery.

I steeped this for short infusions in the gaiwan, starting at 15 seconds and adding 5 seconds to each infusion through a total of five.

1. Pale yellow green, buttery, oolong aroma. Tasty vegetal flavor with a crispness that may be the bergamot.

2. Similar color, a bit more yellow. Floral notes come out more in the aroma. More floral notes in the taste, and the same crsipness as well as something citrusy, but very subtle.

3. True yellow in color and a bit darker. Floral, sweet flavor with a hint of sugar. More mellow citrus flavor, but amazingly still a crisp edge.

The aftertaste is where the citrus really came out for me. As I sit here typing this probably fifteen minutes after drinking, I can taste a sort of orange zest aftertaste.

All told, this was a pleasant surprise. I think I’d been avoiding it out of fear that the bergamot would be too strong, but didn’t have to worry. The main effect of the bergamot, to my mind, was to brighten and crispen the taste some. It’s like the crisp Chardonnay vs. the buttery one. Each has its place.

Couldn’t find this on the LIT site now, but if it comes back and you have a chance to try it, you should.