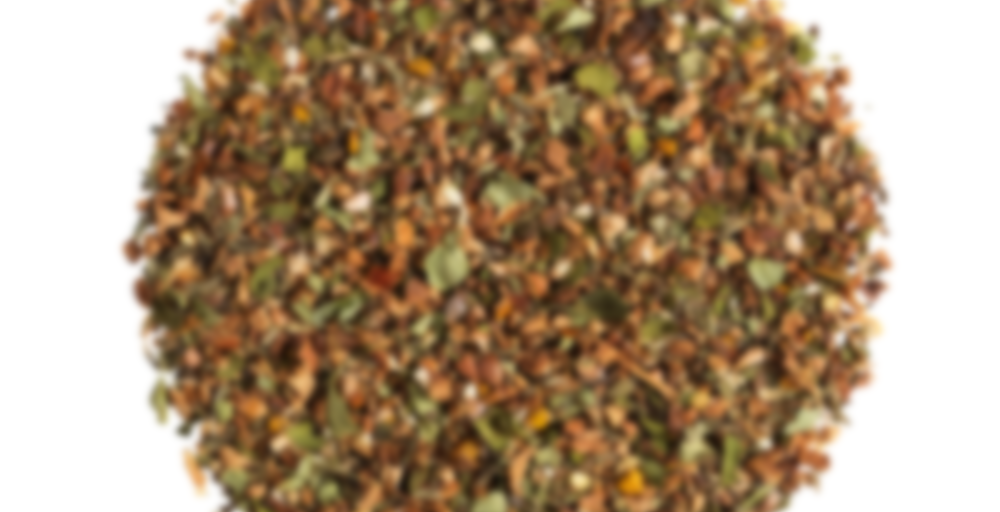 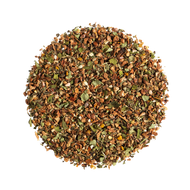 DRAGONFRUIT AND LEMON FLAVORED BLEND OF PLANTS, SPICES AND APPLE

What do you need for organic happiness? Lemon, dragon fruit, ginger, turmeric and self-care.

For today’s meditation, smile peacefully with your eyes slightly closed. You know that what really matters is right here, right now. Really, it’s the small things that count. Your cup of organic herbal tea is right there with you. Ground yourself in the present moment with this blend, hot or iced.

Happy Mind lives up to its name: it’s a joyful blend of lemon, dragon fruit, ginger, turmeric and moringa, not to mention a hint of chili pepper (a total must)! Give in to this feel-good organic herbal tea!

This is a pleasant combination of ingredients. It’s a nice herbal blend, where I can taste something gingery. Sweet and savory flavors combine in a pleasant way. It’s not special or amazing, but it’s good.

So I fucked up a bit. I realized this morning that instead of opening day number three I had opened day number four instead – I think it’s because this was the fourth advent of seven that I opened and so it was a weird brain number flip kind of thing. It just means that I’ll be doing there two days in reverse order…

I was initially excited for this one because I saw that it was a dragonfruit and lemon herbal blend and that sounded really refreshing and delicious. It even smelled very fresh and fruity with distinct sweet dragonfruit punch-like aromas upon opening the little sample bag. However, then I took a closer look at both the wrapper and the tea leaf and saw a pretty large about of turmeric present. Turmeric and lemon? Yeah, totally on board! Lemon and dragonfruit? Delicious! However turmeric and dragonfruit? Uhhh…

I’m not gonna lie – it’s not great. The dragonfruit flavour is delicious and I now want to see Kusmi use it on a white tea base because that sounds amazing. However the earthiness and creeping warming spice of the turmeric does really distinctly come through in the taste as well and like I expected the combination of tropical dragonfruit, bright lemon, and turmeric is fucking weird. Not as unpleasant as I thought it might have been. Weird nonetheless, though.

I know I’ve had this before (or rather, the Løv Organic version) and I remember not liking it because of the turmeric and ginger. Oh well, now’s its second chance!

It has quite a fruity aroma, which is encouraging at least!

Hmm, I actually do like it. There’s a soft lemon note and some other kind of juicy and refreshing fruit. I suppose that would be the dragonfruit, as I haven’t tried one I don’t know what it tastes like. But I guess it reminds me somewhat of a juicy pear? It has a very refreshing flavor that reminds me of cucumber as well, and there’s a tropical edge to it. I do get a little bit of earthy turmeric in the background, and some warming ginger at the tail end of the sip. It looks like there’s chili in here as well, so that must be contributing to the slight kick at the end.

I quite liked this one! I’m not sure it’s something I’d run out and buy, but I enjoyed the juicy refreshing fruity flavor. I bet it would be lovely iced as well. Hooray for second chances! :)

Kusmi Advent Day 4
Not a fan of this. Generically lemony and something vaguely tropical in the finish.

I don’t know dragon fruit enough to be able to recognize the flavor. I get the lemon, but there is also a sweetness to it that I’m not sure the source of. The apple? Overall it’s okay, but not really my thing. Meh.

I’ll be interested to try this one again, I remember it being very earthy with the turmeric and ginger… Unless they’ve changed the recipe since it was Løv Organic.

I feel like the dragonfruit I’ve had has a very light almost no flavour hah.

There is one other tea I can think of that has dragonfruit in it and it tastes like cola. Definitely a different flavor than this one!

Also, I’m kinda bummed about the Lov tea in the advent. I was looking forward to trying out more of the Kusmi blends and getting to know their style better.

Technically they are all Kusmi teas now!

True, but it wasn’t their creation or ideas behind the teas.