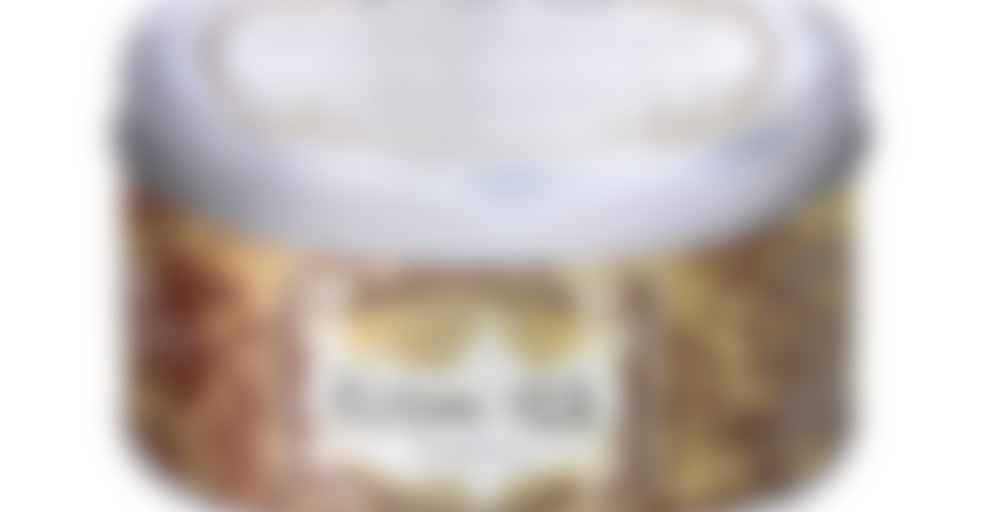 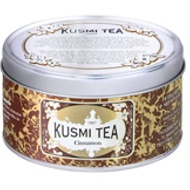 Black tea from China flavored with natural essences of cinnamon. Delicious plain, sweetened or with a splash of milk.

Thanks so much for Tamm for sharing some of this with me!

So I store all of my tea swap samples in the same box, and I just noticed recently that all of them smell like Hu Kwa (the smoky tea from Mark Wendell). Evidently the Hu Kwa is so potent that it needs it’s own humidor or something.

So this morning when I went to go try this out I swear I can taste some smokiness in this tea but I don’t know if it is my imagination or what. As others have noted the cinnamon flavor is very subdued here so this isn’t a choice if you wanted something that was going to taste like cinnamon gummy bears. It really is more of an herbal-y cinnamon and I also like that you can really taste the flavor of the tea underneath (a Chinese black – perhaps a Keemun?)

I did enjoy this, but I’m not going to bother rating it due to my fears of inadvertently getting the Lapsang Souchong aroma in there… we shall see what happens with the other samples.

You may already know this Amy-some Keemuns are smokey, so hopefully it is from the tea itself, and not the humidor tea. ;-))

You may already know this Amy-some Keemuns are smokey, so hopefully it is from the tea itself, and not the humidor tea. ;-))

this was a gift from the brilliant ifjuly, thank you muchly!

hmmm. dry it smells ideal for a cinnamon tea latte, but once the water was added it sortof lost it’s zip =0(

not bad, but just kindof there.

I can’t believe this is my first time logging this tea! I got this as a wonderful gift from Angrboda. I think the more teas I try as samples/gifts from Kusmi the more I want to place an order. The almond and strawberry are very, very tempting. I must also admit that I love their tins. They look amazing!
This tea is so warm flavor wise. I only steeped it this time at 3 min. so I didn’t get hot-lips flavored tea. This tea is perfect by itself, but my favorite thing to do with it is to make wassil with it. I just make the tea with hot apple juice instead of hot water. It tastes AWESOME! I really like the flavorings of the Kusmi tea and like others, I actually steeped it at a lower temp. than other blacks. This really helps the flavor out.

You are quite welcome! I was just glad to be rid of it. I was so disappointed when I came home and thought I’d have a cup of caramel only to discover I’d taken the wrong tin. You can be sure I’m never making that mistake again. I’m so pleased you’re enjoying it. :)

:3 I love it so I’m glad to have gotten it! I think that if I hadn’t have chatted with you and gotten the Kusmi samples I wouldn’t be as into their brand. lolol I keep wondering if I need my own giant tin of caramel. drool

It was sort of weird as a cold brew. Weirder than I thought a cinnamon tea would be.

Why was it weird? I guess the part of my original note that mentioned the subtlety of the cinnamon flavor is closest to coming up with a reason. There isn’t enough cinnamon flavor for it to be obviously cinnamon, but there’s obviously something other than tea there. The puzzlement is what makes it weird, I suppose.

But the kids must not have had the same thought because they plowed through it pretty fast, particularly no. 2.

I hope everyone is staying safe — we are good so far. The stay at home is getting a bit old, but as our household falls into several risk categories I would rather stay home than risk our collective healths.

My family has a high-risk member too. We’ve all been staying in during lockdown in the UK so far, but I’m about to start training as a social carer where I’ll have to go out into the community, and I do worry about the risk. I’m glad you’re all doing well and staying safe.

Normally I wouldn’t opt for a tea only flavored with cinnamon, because while I love cinnamon as a supporting player to other things both in the kitchen and the tea parlor alone it seems a little too one-note for me. But Kusmi’s teas get so-so reviews enough, and I’ve tried some already thanks to Nicole’s awesome freebie samples, enough to recognize the so-so thing—the flavors are often relatively subdued (where it’s more an evocative wispy aroma than a present taste) and the black base, while not terrible, does not really move me much generally. And this one in particular gets relatively good reviews on Steepster for a flavored Kusmi, so I went for it.

And it is nice. Not astounding, but I do think it’s better than the others I’ve tried so far, a little more flavorful but smoothly balanced. Dry it smells like red hot cinnamon candies, which was a little alarming as that’s not really the kind of cinnamon profile I was expecting and hoping for, but in the cup it’s mellower and a little earthier, more like the Penzey’s Vietnamese Cinnamon I love to use for cooking and baking. It might be the same base as usual, not sure, but it’s more attractive here, maybe because it goes well with the cinnamon. A pleasant cup of tea, the best Kusmi yet (Violet was so disappointing), but I’m still not in love.

On my first visit to the discussion site of Steepster I found that there was a RueLaLa promotion for 50% off Kusmi Teas. (I´ve searched for the thread to thank the friend that posted it but could not find it. To make the long story short, I brought the deal, placed the order, me teas arrived perfectly and I am tasting the first one.

To give just a little background, I LOVE chais and strong flavors, so the Cinammon Kasmi sounded like a very good choice to start my day and Kasmi adventure. The result was very different, not in a bad way, just very different to what I expected.

There is no strong cinnamon flavor (Teavanish cinnamon) in the tea. This is black tea, and tastes like black tea however there is a hint of cinnamon lingering somewhere between the smell and the taste. If I try to concentrate on the smell, it goes away and the same happens to the taste, yet, it is there all the time.

I dont know how they do it, and if this will be a constant on my other Kusmi teas, but I do like it! If I worked on the “Honesty on Advertising” department I would say: This is a black tea, this tastes like a great black tea with a bonus: A layer of cinnamon that is not competing with the black tea flavor but instead complimenting it softly.