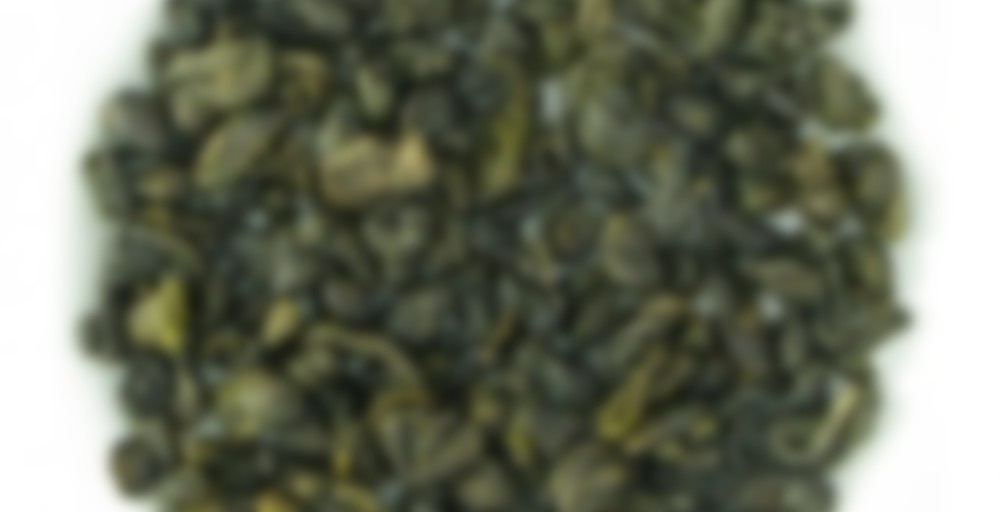 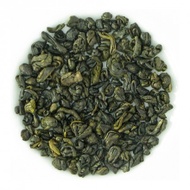 Green tea from China with leaves rolled into tiny spheres.

Young green tea leaves are harvested and dried after picking to avoid fermentation then rolled into little pellets who give them the name “gun powder”.

sometimes i just wanna write a review that says “i drank this”. which probably infers that it’s a boring tea. but not an awful cup by any means. it’s just a tea.

That’s what I like about gunpowder green and why I keep it on hand. It’s a good tea for when I just want a tea.

Backlog from this morning…so long ago. This was in bagged form and rather boring and uneventful. Highlight was the tea bag which was more of a linen sock full of tea lol. Overall, I don’t think Kusmi is turning out to be the brand for me.

Kusmi says that this goes well with spearmint and I’d have to agree since it seems like this is slightly contaminated with minty from the green assortment tube it came in. But it’s okay because it’s not too overpowering and it adds a nice little note to what seems to be an otherwise overly average tea. There’s nothing really too exciting about this one but at the same time, the fact that I don’t have any issues with something that is a Chinese green says a fair amount of good about this tea. There’s no salty/mineral taste (though perhaps the tinge of mint is covering it?) and it actually feels very smooth and silky while drinking, something I can’t recall from a Chinese green before.

Taste-wise, it’s pretty average. It’s green, it’s tea, it’s there. There’s not too much more to say about it. The feel is the neatest part – and that is pretty neat.

So ultimately, I’m a bit mixed about this tea. It’s good for a Chinese green – I like it – but it doesn’t seem that special other than the fact that I don’t find it offensive. Totally drinkable and even enjoyable, I just don’t know if it will stick in my mind enough for me to remember to drink it.

ETA: Second Steep (2:00) is a little rougher with some slight astringency and I can taste some smoke now, though it is more cigarette than pipe or campfire.

Backlog from the night before last.

Decent basic green tea. This was a sample bag I got with one of my previous orders from Kusmi. I am pretty low on good green teas in my stockpile, so this might be a candidate for a future order. Goes well with sushi. I think it would go well with some peppermint, so I’d like to try their Moroccan as well.