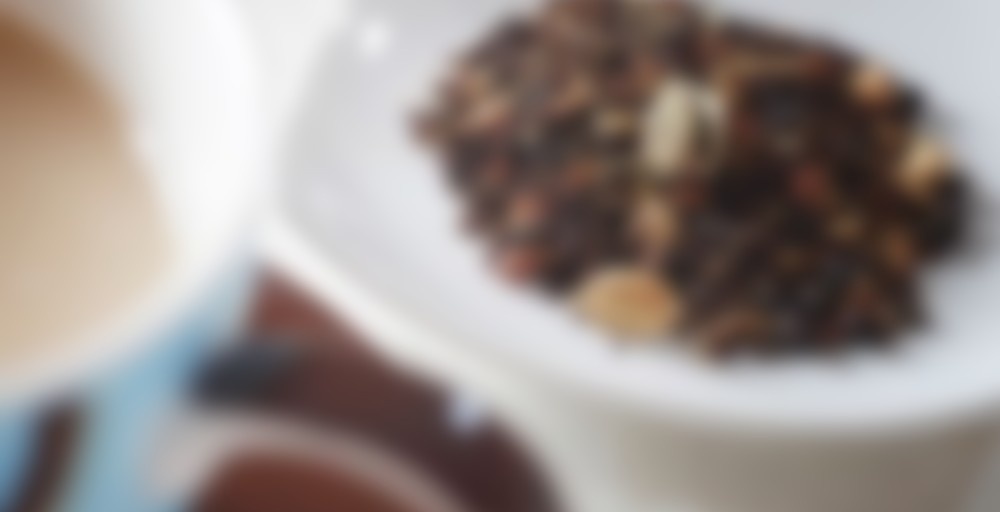 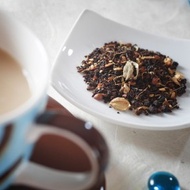 Traditionally Chai is brewed by adding milk/cream and a sweetener. The spicy complexity of this libation is just as delicious brewed as a regular beverage without any dairy or sweetener. Try it both ways to discover your favorite way to enjoy.

Chai of the Tiger

Smells amazing in dry leaf. Not sure I taste the black pepper very strongly. I get the cinnamon, cardamom, ginger and vanilla unsweetened but they really pop after adding a bit of sweetener. This seems somewhat weighted towards cinnamon since there are cinnamon chips as well as cinnamon listed in the ingredients. Without milk, I get a huge hit of cinnamon and cloves. Something in here makes my tongue a tiny bit numb as I get to my second cup – hm… pepper maybe? There are a LOT of spices, but the vanilla does mellow them somewhat and the tea base seems suited to carry them.

I didn’t steep this with 2/3 milk to 1/3 water this time. I just added a splash of milk after steeping in water (Tea Club had a pretty heavy lunch outing today and most of us didn’t feel the need for more in the afternoon).

This is very rich. I think it might make my tummy hurt a bit if I did it with my normal ratio.

Backlog: I started my day with this chai. Rich and smooth and even creamy – even without milk. Spicy too, but, not super spicy-hot. The spices have a good balance to them, peppery but, not so much that I felt as though my mouth was on fire as I sipped it.

The black tea base is robust enough to stand on its own with the strong flavor of the spices, the ginger and pepper are the strongest notes, followed by cinnamon, with cloves and cardamom filling in the background. The vanilla seems to even everything out and give the flavor a smooth, creamy taste that I really enjoyed.

First, I find it amusing that we both reviewed this today. :) Secondly, I like that everyone gets something different out of a lot of the chais. :)

I think it is true with all teas, really. We all have unique palates, and that’s one thing that I love about steepster, it’s interesting to see what others experience with the teas that I’ve tried.

LiberTeas, not only do we all experience teas differently, but what’s interesting is that sometimes I myself get something different from a tea than I did a previous time, even though I am steeping it the same way. for that reason, I’ve thought maybe I should hold off on reviewing a tea until I’ve had it a few times.

Hi all! I’ve been neglecting this site unintentionally for a long time, but I’m back now. Hopefully. I’ll do a short life update once I’ve reviewed the tea.

So, tea first. It felt like a chai night, so I reached for the first one I found that wasn’t rooibos in case I wanted milk. This one is creamy enough without that it almost tastes as though it’s in there already. I mostly taste cardamom and a touch of pepper, which is just fine with me. It does have a bit of the dry, woody edge I notice in a lot of chais, but it’s mild and doesn’t bother me much. I’ll have to try it sweetened and with milk (and maybe both) to really evaluate it, but this is just what I wanted tonight.

Now for the update. I’ve been struggling with chronic illness for years now, and recently it’s been worse; I got a new diagnosis of fibromyalgia, which answers a whole lot of questions. That mixed with school stress has had me withdrawing on social media, including here. However, I’ve had nothing but positive experiences on this site, so I’m going to try and get back to reviewing regularly! It’ll also help me get out of the tea rut I’m currently in (2-3 teas all the time, how boring).