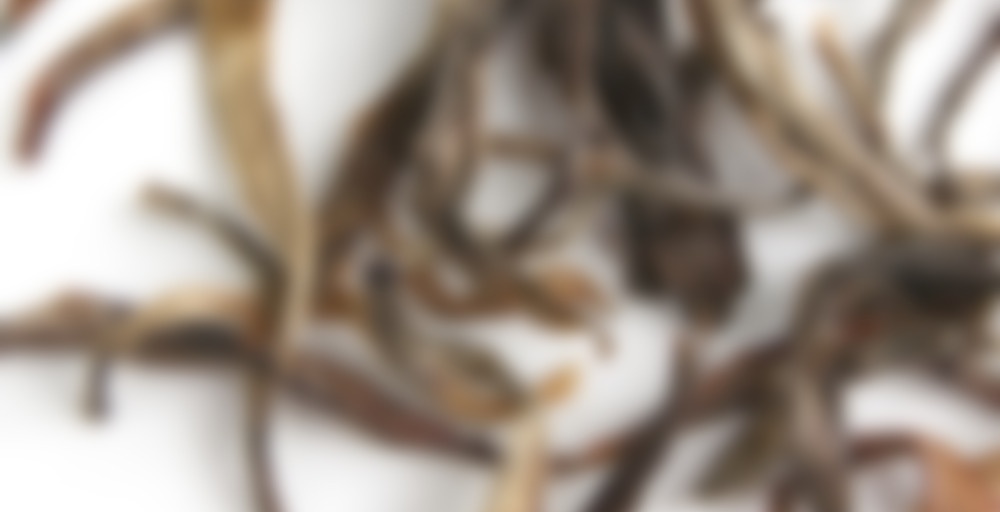 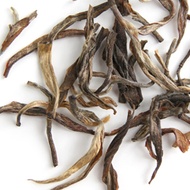 We tasted this tea for the first time this Spring while in Hunan. We found it intriguing, with light, slightly fruity flavors that are reminiscent of a Darjeeling. The fruity flavors are developed during the yellowing process where the tea is slowly oxidized.

So I finally got around to trying this again with a clean brew basket. This is a wonderful tea! I’m actually pretty sad that it doesn’t look like Harney carries this one anymore, so now I may need to start my hunt for a good yellow tea (or you know stacy could find one for me…) :) The body of this one is really smooth and tasty. It’s creamy, and delicious and i wish i could find the words to adequately describe this. I’m looking forward to re-steeps and the last bit of my sample that should let me have this one more time.

Yeah, I have been sad to see that it is no longer on the Harney site. I’m now officially hoarding my remaining stash of it.

I’ve only tried one yellow tea, “Ancient Yellow Buds” from the London Tea Room, http://www.thelondontearoom.com/Drink_Me.html
I don’t know how it compares to other yellows, but I enjoyed it!

Nicole..might just be an excuse to their their other yellow tea heh

I like Ancient Yellow Buds from the London Tea Room more BUT I also do love this one as well. I had no idea H&S was no longer carrying it! Terri does LTR still have the Ancient Yellow Buds?? I sure hope so because once this H&S is gone I will also be on the hunt for a good yellow again!

They still have it listed on their menu, so I guess so :)

We still have some left here in the Millerton Shop. Send a message or email us at the store if you’re interested!

I think there is a yellow bud tea on Harney’s site right now, also!

My youngest daughter and I are reading The Fellowship of the Ring together as part of her school program. (Homeschool) My eldest daughter had just sent me this link that I so very much want to try – distilled tea recipe for Ent Draught! Distilled to be clear like the Ent Draught, but flavored with real loose leaf tea!

Tonight we read this passage: When they came to make their meal, they found that the Elves had filled their bottles with a clear drink, pale golden in color: it had the scent of a honey made of many flowers, and was wonderfully refreshing. Very soon they were laughing, and snapping their fingers at rain, and at Black Riders.

I don’t have the ingredients right now to make Ent Draught, but I can make yellow tea and add some White Gold Raw Honey and have some Elf Tonic! I must say this is not such a pale gold, but later steeps will be lighter. The taste is subtle, yet not hidden. Any stronger honey than this would be too much for me, but then I almost never add any sweetener at all to my teas.

The Elves can’t have left them chamomile, because the Hobbits knew it well and drank it themselves. I say the Elves left them either white or yellow tea! This is a precious brew that draws you near to enjoy its quiet beauty, which would be enough to fortify anyone against all that may lie ahead.

This is brilliant Ashmanra, thanks for sharing! The man is a huge LOTR fan so I’ll make a batch of this tomorrow for him. My mother also made food and drink inspired by books when I was little, I absolutely loved it. What did your daughter think of your concoction?

Your mom sounds awesome! I think the only recipe I have made inspired by a book would be Esther’s Orange Marmalade Cake from the Mitford series, unless you count grilled cheese served with black tea, which we call Rat Lunch, from the end of the book I Was A Rat. (Thank you, GMathis, for reminding me how to make italics!) I drank my concoction alone, though, as youngest really only drinks black tea, being fond of Lapsangs. I am sure my eldest will be happy to try it with me, and the Ent Draught, too!

How neat! I just read the first two LOTR books and need to finish the third. I’m finding them a little hard to get through, though.

Pinot grigio? Judging by the laughing and snapping their fingers?

I think I’ll have to put Tolkien back on Mount To-Be-Read.

@Tearunner: LOL! My youngest daughter said, “Mom, I think they were having something with alcohol in it since they were suddenly snapping their fingers and feeling brave.” I said, “HEY! TEA CAN DO THAT!!!” LOL!

Azzrian, this makes me smile simply because of the name. My Uncle Charlie, long gone, called me Sprout. He was almost as wide as he was tall, had these nifty teeny little cups that were just right for my four-year-old hands and had a Japanese lady’s face in the bottom when you held them up to the light. He told me the little tiny cups were for a drink called sake, and when I asked what it was my mom said, “That’s enough.” She also said “that’s enough” when we drove with Uncle Charlie and he swore at the other drivers. So he switched from English to German. I didn’t get it either way, but whatever he said was much cooler sounding in German!

On to this lovely yellow tea: I peeked at previous reviews to get proper time/temp hints and saw lovely, soft, luxurious words: Silky. Buttery. Creamy. Absolutely on all three counts. Sweet wheat cereal flavor, but the best thing about this one is its satiny texture. Talk about a tea that kisses you plumb on the lips—this is it!

aweee thats sweet :) So happy you liked it too!

Appearance and aroma of dry leaf: similar shape and size of a standard green tea: very dark green, curly leaves, which look almost brown. Yet, it has an aroma I have never encountered before (which I really like): surprisingly sweet, and spicy, and somewhat similar to a White Monkey green tea I had recently. It is very leafy in that 1.5oz fit very snugly in their standard 4 oz tin.

Color and aroma of tea liquor: standard clear yellowish-green color which did not seem to change much over the steepings; very mild, but somewhat sweet, aroma.

Flavor of tea liquor: < see below >

Appearance and aroma of wet leaf: Impressive looking: although there were a number of stems (and a few pieces) it was mostly comprised of whole leaves and buds; they were similar in color to the leaves of a green tea, but they had some yellow—and one or two brown—splotches on some of the leaves (I suspect this discoloration is from the yellowing process). It was fun to watch them steep. They slowly progressed from ‘hanging out’ on top on the first steeping, to ‘hanging out’ on the bottom on the sixth. Aroma was odd, almost sour after one steeping, then later, after one of the last steepings, it was almost, malty? Weird.

Overall: First of all, silly as it sounds, I have to apologize to the tea: it sat, unused and unloved in a dark tin, on the back shelf of my tea cupboard for months before I even opened it. Sorry, tea!

I have had only one other yellow tea (from Tea Trekker) and my wife and I both liked it. Yellow teas are hard to find; well, maybe it’s more accurate to say that they’re aren’t very many types of them (a tea retailer will usually one have one or two, if that). They can be on the pricy side, as there is an extra step in the processing, and I think the production is generally pretty limited. I view yellow teas as the ‘creme de la creme’ of the larger category of green teas (which they kind of fall within). So, I was expecting something good from this tea right from the get-go. And, not long after opening the sealed bag and smelling the leaves I was already starting to get excited about this tea. I could tell right away it was different (I went out to the H&S website to look at their recommendations on how to brew this tea, and I saw that they describe the aroma as being similar to a Darjeeling. No wonder I like the smell of the leaves so much!). So, that’s nice, it looks and smells good, but what about taste? Well, it didn’t disappoint here at all. It was very unusual: smooth, sweet, and fruity, somewhat like an Indian black tea, as good as or better then the Tea Trekker yellow tea, and I never tasted any astringency. My wife could even tell it tasted like a black tea, and she liked it so much she was quickly asking me to brew up the second pot! The staying power of the flavor over six steepings amazed me: it had about as much flavor on the sixth as a quality green has on the forth. All that to say, this is one of the best teas I have ever had, no matter what class it’s in!

This is the only yellow tea I’ve tried.

I like it. I have brewed it several times but am just now getting around to doing a tasting note for it.

It it mild in taste and fruity without being fruity, if that makes any sense. I don’t taste fruit but am reminded of it when drinking this. I love the mouth feel of it – smooth and somehow buttery. It feels almost slick and smooth on my lips after a drink but the brew doesn’t look like it is oily or anything.

it is an unusual tea to me, decently priced, and I’d keep it in my stock.