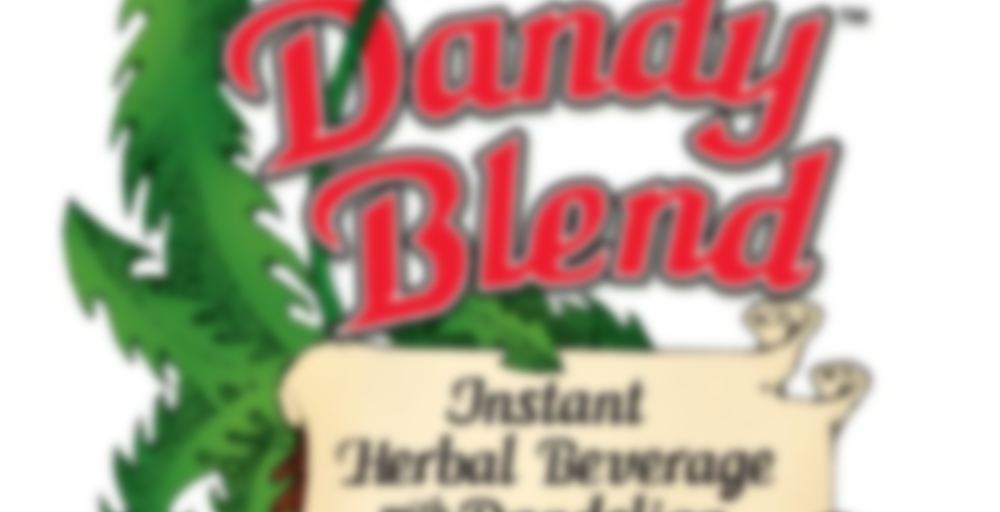 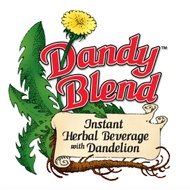 by Goosefoot Acres Inc.
86
You

Dandy Blend is an instant herbal coffee substitute. It is caffeine free and gluten free, with a flavor and texture very similar to coffee.

The Crown and Crumpet

I discovered this when I moved to Boston and went to a vegan cafe that sold no coffee because they didn’t want to compete with the independent coffee shop next door; they served Dandy Blend instead. I tried it with almond milk and I was hooked! It’s an instant herbal tea, essentially, that naturally tastes and feels very similar to coffee. It is a little milder – there’s no real bitterness – but prepared hot with milk, the feeling is “yep, that’s a latte.”

I found a store that sells the powder, and have been drinking it at home ever since. Two things to love beyond the fact that it’s delicious: it’s completely caffeine free, and instant. It’s made from the water-soluble parts of several plants (dandelion, chicory, a couple more) so it actually dissolves in water (unlike matcha, which is technically a suspension, and that’s why you have to work so hard to get it to whisk into the water).

One of my favorite ways to prepare this is instant chai: a shake of ground cinnamon and nutmeg, a teaspoon of dandy, and it’s ready to go! Hot or cold. I also like to stir fancy local honeys into it – with a little less powder, the flavor of the dandy blend is mild enough to let the taste the honey shine.

Anyway, it was long past time that I start logging this. I’ve gone through a full 7oz over the last few months and just bought another bag (at $12 for a bag with ~100 servings, it’s pretty economical too). I drink it whenever I’m craving strong tea late in the day, but don’t want the caffeine, and to experiment with crazy flavored drinks.

Maybe I should get some samples to send out :)

I love dandy blend and drink it daily, the taste is amazing without any additives and it froths up all beautiful like a latte just when stirred at home. If you add a little milk, sugar and cinnamon it is heaven. So good!

Yaaay I’m so glad someone else has had this!

it tastes and looks divine. amazes my guests

I enjoyed two cups of this this afternoon to finish off the workday before a week off to celebrate our first wedding anniversary <3!

Loving this one with some coconut simple syrup and homemade cream. It’s just delicious! I made it hot this afternoon, but I also enjoy it cold like this. I’m so thrilled to have discovered this unique drink.

Have I logged this already? I forget. I grabbed some in Nashville at High Garden Tea; it wasn’t in its packaging but a glass jar with notes of what’s in it (didn’t mention the whole “coffee substitute” tack) and all that so I didn’t put two and two together that it’s the stuff I stumbled across someone raving about here on Steepster months ago and was curious about but figured I’d never actually procure. Neat, that. When I shyly asked if it’d be the sort of thing it’d be ok to add milk to, they enthusiastically went on about how they doctor it up all kinds of ways as a before-bed treat—simple syrup (sometimes infused!), honey, milk, more warm spices, you name it. Those suggestions contributed to my notion it sounded like the solution to a growing issue I was having where I craved chai before bed, enormous mugs of it, but hadn’t found a decaf/herbal version I like plus the effort to make chai so it’s good was kind of a PITA late at night. So I was pleased at the serendipity of it all.

What attracted me in the first place was the chicory root and dandelion (the beetroot gave me pause; it’s part of what I suspect is what makes me loathe those Forever Nuts-type tart apple blends), and I’m no stranger to roasted grain tisanes thanks to Lupicia and Harney. This tastes a little like those ‘80s International House Coffee blends that came in the rectangular tins—pale compared to my favorite sort of coffee (strong, rich, and robust, not very sweet)—and, I have to admit, bring to mind some kind of diet food-ish substitution of other delicious things. That said, it does capture a sort of roastiness that’s nice before bed, it’s easy as hell (just dissolves in hot water), and yeah, can easily take additions (I’ve added milk, honey, cinnamon, you name it). It’s not at the top of my mini arsenal of no-caf late night treats but I enjoy it as an option along with Harney’s Soba, Lupicia’s Orzo, etc. when plain herbal tea just isn’t what I want. Bonus, R likes it too.

Sounds quite versatile and interesting!